The following sites were all found with Google however just searching "The Death of Osama Bin Laden" will NOT present the facts, try starting the search (as is well known with many other "conspiracy" searches), with "Did....?". The State Dept. try to "manage" these Google accounts as much as possible. 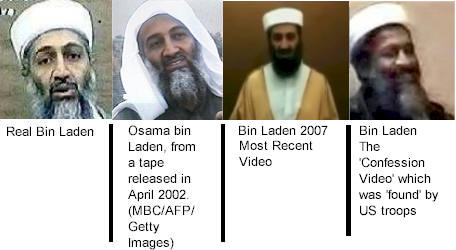 Quote; "Washington fabricated several key claims regarding the 2011 mission in which a US Navy SEAL team killed Al-Qaeda leader Osama bin Laden, according to legendary journalist Seymour Hersh in the latest challenge to the White House’s narrative of the raid.

TagsConflict, Military, Obama, Terrorism, History, USA, War, Security, Army, Pakistan, CIA, Intelligence, Al-Qaeda
Hersh, writing in the London Review of Books, has alleged that the United States government and Pakistani officials in fact worked closely–attempting to smooth political and financial concerns between the two nations–prior to the May 2011 assault on bin Laden’s Abbottabad, Pakistan compound.
“The White House still maintains that the mission was an all-American affair, and that the senior generals of Pakistan’s army and Inter-Services Intelligence agency (ISI) were not told of the raid in advance. This is false, as are many other elements of the Obama administration’s account,” Hersh wrote." Go to:  https://www.rt.com/usa/257557-bin-laden-raid-hersh/
For full article.

Don’t believe the lies about Osama bin Laden. He was setup as the SCAPEGOAT, to justify invading Iraq and Afghanistan, and to take control of you via The Patriot Act and the Department of Homeland Security.
Here’s the truth…

The U.S. declined the Taliban’s offer to hand bin Laden over for trial

The story of the Navy SEALs killing him was falsified.

Our government never provided proof that they killed him.

The Navy SEALs who died on the helicopter were killed to shut them up.

And a new Congress Bill, HR 2819, would prohibit every Federal employee,
including all military personnel, from talking about it.

This page won’t provide all of the details and evidence, as if it did, it would be so long that most people wouldn’t take the time to read it.
It lists the key points to provide the ‘Big Picture’ of Osama bin Laden, so that you can discover the truth for yourself.
Osama bin Laden worked for the CIA
Bin Laden received training and funding from the CIA, which was backing the Afghan holy warriors – the mujahedeen – who were opposing Soviet forces in Afghanistan.
His real name is Tim Osman.  Here’s proof that he’s CIA http://humansarefree.com/2011/05/proof-that-osama-bin-laden-was-cia-and.html
The Taliban Offered Osama bin Laden to the U.S. for trial

On September 20 2001, the Taliban offered to hand Osama bin Laden to a neutral Islamic country for trial if the US presented them with evidence that he was responsible for the attacks on New York and Washington.
The US rejected the offer because they didn’t have proof and the invasion of Afghanistan was preferable anyway.
NOTE: Osama bin Laden was NEVER formally charged by the U.S. for 9/11
Osama bin Laden and Islamic Terrorists DID NOT cause the WTC’s to fall

A few days after the attacks, Osama bin Laden denied any role in them:

“The US government has consistently blamed me for being behind every occasion
its enemies attack it. I would like to assure the world that I did not plan the recent attacks, which seem to have been planned by people for personal reasons.”
CNN, September 17, 2001
Mohammed Atta, the alleged 9/11 ringleader,  has been held for over 10 years, but has never stood trial.  This is because evidence would come to light that shows that it was an inside job.
You can get more information on our 9/11 Truth page
Osama Bin Laden died many years ago

He had total Renal (kidney) failure which means that he needed a dialysis machine, and he had Marfan’s Syndrome.
When he died, his body was frozen for use at a later time, to continue the ‘War On Terror’ narrative.
This allowed our leaders to position him as the ‘Boogie Man’, to give us a face to incite our anger so that they could invade Afghanistan and Iraq, and create the Department of Homeland Security.
9/11 helped justify invading Afghanistan to control their oil and drugs for profits
The U.S. Military is there primarily to protect the building of an oil pipeline, and to profit from the Opium trade to fund the CIA’s black operations.
Osama had supposedly been hiding out for several years in a home that was within miles of a major Afghanistan military training facility.


Do you really believe it would take the world’s best military 9 years to find bin Laden?
He was 6′ 5″ and needed a dialysis machine due to kidney failure.  Don’t you think he would have stood out?
If Google Maps can give you detailed information at the touch of a button, don’t you think the military has a more powerful version that could have found him years ago?*

The story of the Navy SEALs killing of Osama bin Laden was falsified
Members of Navy SEAL Team 6 died that day and their Special Ops helicopter went down, but their deaths were not reported.
Our leaders never showed proof that they killed him and then they buried him at sea, falsely claiming that it was out of respect for Islamic tradition.
SEAL Team Six is one of four U.S. secretive counter-terrorism and Special Mission Units.


It’s against military protocol to reveal the elite team who executed a mission.

Then Navy SEALS from Team 6 were killed to shut them up
Others Team 6 members were mad about the lies regarding their friends and they were talking about it.  Then suddenly, a Unit of SEAL Team 6 members was eliminated.
One thing you can be sure of, the military follows strict protocols.  So when you analyze what our leaders told us about the event, breaches of protocol tell you a different story.
The Navy SEALs top priority is to protect themselves against threats:
Special Ops Teams don’t usually travel in large groups, as it creates too much exposure, and when they split up, they are more agile and can attack the target from several sides.


Yet on this day, there was 38 soldiers on one helicopter.  17 were SEALS, the others were support personnel and 7 Afghan Special Ops soldiers.

The SEALs normally use special ops helicopters such as the MH-47, that are specialized versions of the Chinook.


Supposedly their mission was to intercept a group of Taliban who were escaping the area following an operation by United States Army Rangers.

Yet on that day, they were in a regular National Guard Chinook helicopter.

On 10 August 2011, the U.S. military claimed that the insurgent who fired the rocket-propelled grenade had been killed only two days afterward in a Lockheed Martin F-16 Fighting Falcon airstrike.


How did they know who it was?  Why did they track him for two days before killing him?

Now Congress has proposed a new Bill to shut everyone up
A new bill has been proposed in Congress, HR 2819, that prohibits any “officer or employee of the Federal Government from providing information about the mission to kill Osama bin Laden to any person outside the Federal Government…”
So they will expose the name of the Team that supposedly killed him, but now they forbid anyone to talk about it." Go to: http://thetruthfulone.com/osama-bin-laden-hoax/
For full article. 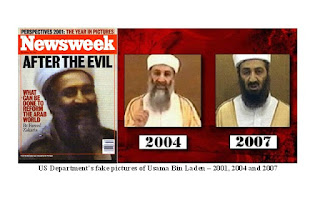 Quote; "Claiming otherwise is one of his many Big Lies. On May 1, 2011, he willfully deceived the US public saying:


“The death of bin Laden marks the most significant achievement to date in our nation’s effort to defeat Al Qaeda.”
“Today’s achievement is a testament to the greatness of our country and the determination of the American people.”

In last Sunday’s London Review of Books, investigative journalist Seymour Hersh shredded Obama’s Big Lie like others before him.
Obama’s official narrative “might have been written by (Alice in Wonderland author) Lewis Carroll,” he said. It was a total fabrication. More on his account below.

Volumes of evidence separate fact from fiction. On July 11, 2002, TheNew York Times said “Osama bin Laden is dead. (He) died in December and was buried in the mountains of southeast Afghanistan.”
“Pakistan’s president, Pervez Musharraf, echoed the information…(T)he truth is that Osama bin Laden is dead.”
The BBC, Fox News and other media sources reported the same information. David Ray Griffin‘s seminal book on the topic titled “Osama Bin Laden: Dead or Alive?” did it best. 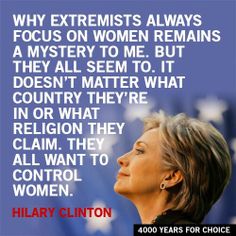 He presented “objective evidence and testimonies.” The former includes the following:
Through December 13, 2001, the CIA monitored messages between bin Laden and his associates. Suddenly they stopped.
On December 26, 2001, a leading Pakistani newspaper reported bin Laden’s death. It cited a prominent Taliban official attending his funeral – witnessing his dead body before it was laid to rest.
His was very ill with kidney disease and other ailments. In July 2001, he was treated at the American Hospital in Dubai.
On September 10, 2001 (one day before 9/11), CBS News anchor Dan Rather reported his admittance to a Rawalpindi, Pakistan hospital*.
He had nothing to do with 9/11. An earlier article discussed the Mother of All Big Lies.
In January 2001, Dr. Sanjay Gupta said bin Laden appeared “in the last stages of kidney failure” (according to Griffin) – based on video evidence he saw in late November or early December 2001.
In July 2002, CNN reported the capture of bin Laden’s bodyguards months earlier in February. “Sources believe that if the bodyguards were captured away from bin Laden, it is likely the most-wanted man in the world is dead,” it said.
Washington offered a $25 million reward for information leading to bin Laden’s capture or killing. No one came forward to claim it. More on this below.
Testimonial evidence Griffin cited included influential “people in a position to know” saying bin Laden died in December 2001 including:
In October 2008, former CIA case officer Robert Baer told National Public Radio when asked: “Of course he’s dead*.” Go to: http://www.globalresearch.ca/the-big-lie-obama-did-not-kill-bin-laden/5448927
For full article.