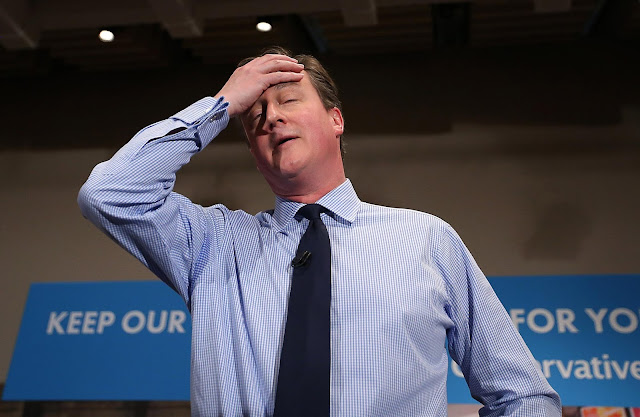 Quote; "Jens Stoltenberg, Nato’s chief, told the organisation’s biennial summit, which was overshadowed by uncertainty about Brexit, that “we face a range of unprecedented dangers.”


“Our security is interconnected,” he told the meeting in Warsaw. “Together we are a formidable team.”
Against a backdrop of diffuse but growing security challenges such as terrorism, cyber attacks and Russian political subversion, plans for greater co-operation between Nato and Europe have been under development for months. But they have taken on added urgency in the wake of the UK’s decision last month to leave the EU.
Britain is Europe’s biggest defence spender and its most influential intermediary when it comes to articulating the alliance’s more Atlanticist — and hawkish — line on matters of security and deterrence.
Nato’s agenda on Friday focused on a new package of measures to counter Russian aggression and help staunch the migrant crisis in the Mediterranean. But it was dominated by public declarations of political unity from Nato leaders, as they sought to play down fears of Brexit having weakened, if not holed, Europe’s already creaking security architecture*.
“Our meeting comes … at a critical moment for the European Union,” said Barack Obama, the US president, after meeting EU leaders. “The vote in the United Kingdom to leave the EU has created uncertainty about the future of European integration.”
But Mr Obama dismissed suggestions that this would lead to the “entire edifice” of EU integration to crumble, or damage the transatlantic relationship.
“Let me just say, as is often the case in moments of change, this kind of hyperbole is misplaced,” he said.
In private though, officials from states across the alliance were far more candid about the potentially destabilising impact Brexit may have — a view echoed by Nato observers and security analysts.
“There has been a very definite change of mood in Europe in the wake of the Brexit vote. People are worried about keeping things together,” said Jonathan Eyal, international director of the security think-tank RUSI. “We are hearing everyone say nothing will change as a result of Brexit, but really they know this might be a seminal moment*.” https://next.ft.com/content/1fe19570-4521-11e6-9b66-0712b3873ae1 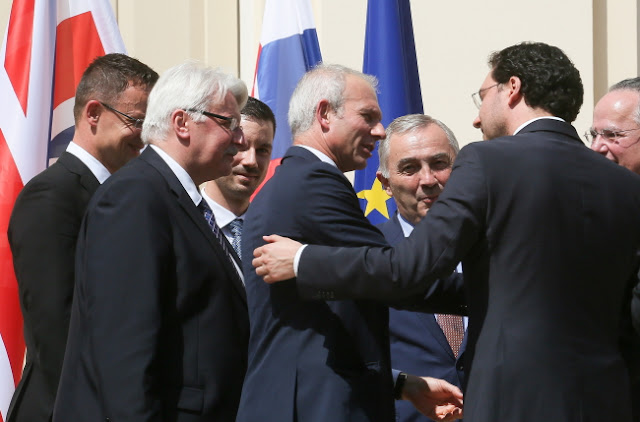 Quote; "Poland's Defence Minister said he hoped Britain would compensate for its absence from the European Union after a Brexit by strengthening its role in NATO, especially in the security of states close to Russia.
Antoni Macierewicz, speaking four days before a summit to approve new deterrence measures for eastern Europe, said the alliance assumed all the more importance during debate over the EU's future in discouraging an aggressor from "popping a bottle of champagne open, thinking that this discussion is a weakness".
A staunch NATO ally and one of Poland's closest European political and security partners, Britain voted on June 23 to leave the 28-country bloc, triggering a period of turmoil and soul-searching about the future of European integration." http://www.reuters.com/article/us-britain-eu-nato-poland-idUSKCN0ZL18X 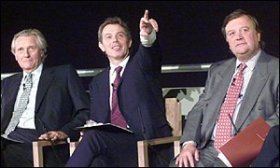 Quote; "Adam Balcer and Krzysztof BluszHead of the Euroasia Project at WiseEuropa and vice president of WiseEuropa


Britain’s exit from the EU, regardless of when and how it will play out, is not good for NATO.
The likely turbulences in the EU that may follow Brexit will preoccupy NATO’s European members with their internal problems and distract the alliance from being an engaged security provider in Europe’s neighborhood. The UK may become particularly unfocused due to a looming perspective of Scotland’s secession and an uncertain future for Northern Ireland. If the economic consequences of Brexit make the new British government backtrack on its 2015 pledge to spare defense from its austerity policy, the situation will become even more complicated*. The Kremlin will not miss a chance to pursue its tactics of divide and rule vis-à-vis the Europeans and will hastily increase its anti-NATO capabilities in Europe.
NATO will need to promptly reenvision its role in the European security architecture. The key concern will be the future of the 2010 Lancaster House treaties anchoring French-British military cooperation. The two countries are the European NATO members with the largest military firepower and the most developed bilateral cooperation in Europe—between politicians, generals, and industrialists. The pair used to be seen as an engine of the EU’s Common Security and Defense Policy, which, without the UK, is now set to become a distant if not impossible dream. NATO’s responsibility for European security will immensely increase in the coming years*.

Ian BondDirector of foreign policy at the Centre for European Reform

In itself, Brexit is certainly bad for NATO. One of the most militarily capable and pro-NATO European powers is leaving the EU just at the moment when the union and NATO are starting to work together systematically. The EU’s new global strategy, presented in June, accepts the vital role that NATO plays and recognizes the need for Europe to do more for its own defense if it is to have “a healthy transatlantic partnership with the United States.”
Brexit risks weakening NATO in two ways. First, there are some officials in France and elsewhere who are more interested in Europe’s strategic autonomy than in real defensive capability and will welcome the fact that the UK can no longer obstruct their plans; that would risk a schism in NATO. Second, the UK itself may become more isolationist and less militarily engaged as it struggles with economic and constitutional problems resulting from Brexit.*" http://carnegieeurope.eu/strategiceurope/?fa=64008 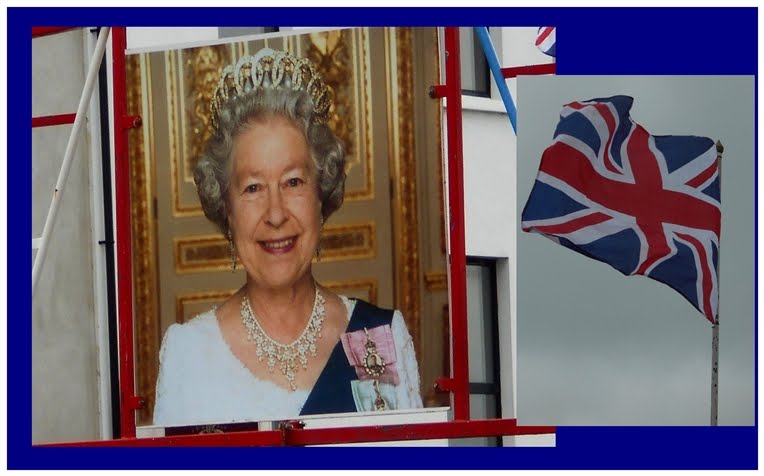 Quote; "Pressure is building on Jean-Claude Juncker to resign as President of the European Commission following the UK referendum, with the Czech Republic leading calls for him to “change the habits” of the  executive after last week’s Brexit referendum in the UK.
Juncker is not the “right man for the job” and should resign, Czech Foreign Minister Lubomír Zaorálek said on Monday (27 June).
The Czech minister said someone in the EU institutions should take “responsibility” for last week’s vote by British citizens to leave the EU.
“Right now I can’t see the European Commission chairman as the right man for the job,” Zaorálek told Czech television.*
Commission denies
Asked whether Juncker had decided to resign or not, EU Commission chief spokesperson Margaritis Schinas said the answer was in two letters, and the first one was “N”.
Asked by EurActiv.com about the consequences of the Brexit vote on the European Commission, Schinas replied it was not the EU executive who called the UK referendum.
“So the ones who must draw conclusions from this are the ones who called the referendum,” Schinas said.
A motion to sack Juncker?
EurActiv spoke to other diplomats from Eastern Europe, who didn’t go as far as calling for Juncker’s resignation.
But one admitted his country could join a motion to sack Juncker at a two-day EU summit opening in Brussels tomorrow (28 June) – “if there was such a motion”.
“The situation is changing by the hour. We need to send messages to our public that yes, we can change Brussels, so that it listens. There were many things done wrong and we must talk about that openly,” a diplomat from Central Europe told a group of journalists.
Juncker is blamed in particular for the harsh statements he made on Brexit – saying “out is out”  – and his push to start divorce negotiations immediately with the UK.
German Chancellor Angela Merkel sees things differently and appears in no rush to pressure UK Prime Minister David Cameron to trigger Article 50, which would open a two-year negotiation process to withdraw Britain from the EU.
Asked about Juncker’s positions, the diplomat answered by saying his country backed the more moderate stance of Chancellor Merkel.
“Yes, the Commission has a responsibility in the outcome of the Brexit [referendum]. Yes, it has, it’s as simple as that,” the diplomat stressed.
He continued: “There are so many issues that frustrate people which are done by the Commission and which led to this outcome. But it’s not for me to comment whether [the solution] should be the resignation of the President, or if they would have to change their course of action. That’s for the leaders to talk about,” he said.
EU heads of state and government will discuss the Brexit aftermath tomorrow during a dinner with UK Prime Minister David Cameron. The next day, EU leaders will meet without Cameron to talk about the way ahead for the Union.
“There are quite a number of examples about the Commission not getting it right. The most visible example is the migration crisis of course. But there are other examples, if you want, we can send you a list. It will be a long list,” the diplomat continued.
“The Commission will have to change its habits. The gap is about what we do and what people thing we should be doing. It’s about closing the gap between the two. If you have a big gap, then you have huge populism. If you have a small one, then populism will be less attractive to the people,” he added." https://www.euractiv.com/section/future-eu/news/eus-juncker-under-pressure-to-resign-after-brexit-vote/ 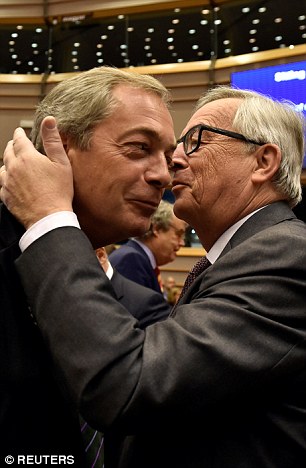 Quote; "In the last few days, the markets and business have been delivering their judgment. Half of the U.K.’s largest commercial property funds have suspended withdrawals as investors panic about values. Most large companies have frozen any investment projects; others have begun the process of moving out of Britain. The 13 percent fall in the pound, the lowest for 31 years, is the steepest since Britain was bounced out of the EU’s Exchange Rate Mechanism in 1992."* http://www.huffingtonpost.com/will-hutton/theresa-may-brexit_b_10943550.html