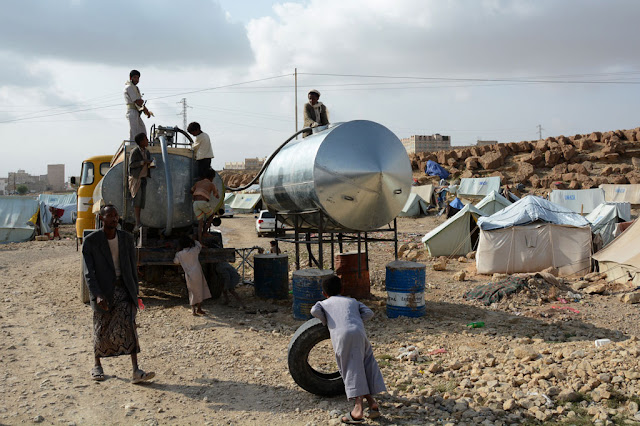 Quote; "16 February 2016 – With a human catastrophe unfolding in Yemen, the Security Council and the international community must urge the parties to the conflict to ensure unconditional and sustained humanitarian access to all parts of the country, and take greater measures to protect civilians, the top United Nations emergency relief official said today*.
In a briefing to the 15-nation Council, Stephen O’Brien, the UN Under-Secretary-General for Humanitarian Affairs, highlighted the extraordinarily difficult and dangerous circumstances across the country to deliver assistance to millions of people in need.
Just this past Sunday, he noted, a Saudi-led coalition airstrike hit a building 200 metres away from a facility that accommodates UN and diplomatic personnel, he said.
“The parties to the conflict have a duty of care in the conduct of military operations to protect all civilian persons and objects, including humanitarian and health care workers and facilities, against attack,” Mr. O’Brien said, reminding all parties of their obligations under international humanitarian law to facilitate humanitarian access to all areas of Yemen.
He said more than 1.8 million children have been out of school since mid-March 2015, bringing the total number to more than 3.4 million, when combined with pre-crisis figures. Over 1,170 schools are now unfit for use due to conflict-related damage, presence of displaced people, or occupation by armed groups. Water infrastructure serving at least 900,000 people has been either damaged or destroyed by airstrikes, artillery and rockets.
Recent communication received from Saudi Arabia regarding the safety of humanitarian workers in al-Houthi-controlled areas has impacted the humanitarian community’s planning, causing delays to important missions over the past two weeks, he noted. This followed the denial of entry to Saudi Arabia on 17 January of the regional humanitarian coordinator.
On 11 February, a vessel chartered by the World Food Programme (WFP) , traveling from Djibouti with a scheduled and approved stop in the Yemen port of Hodeidah, was diverted by coalition forces to the Saudi port of Jizan*, " ...
"In two days’ time, the 2016 Yemen Humanitarian Response Plan will be launched in Geneva, asking for $1.8 billion to address the most critical and prioritized needs across all governorates in the country, including food assistance for nearly nine million people; water and sanitation support for 7.4 million people; urgent health support for 10.6 million people; and emergency interventions to mitigate growing and severe malnutrition rates*" http://www.un.org/apps/news/story.asp?NewsID=53244#.V4fDjE_ooyH 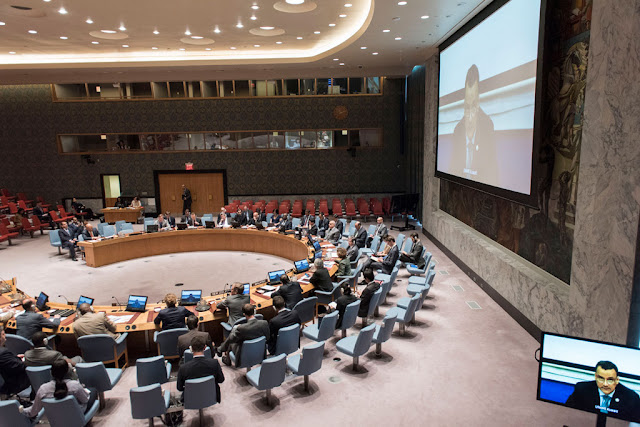 Quote; "21 June 2016 – The United Nations–supported Yemeni peace talks under way in Kuwait have progressed “slowly, yet constructively,” over the last two months, with agreement still to be reached on the sequencing of the various steps proposed, including the timing of establishing a national unity government, the UN envoy for the country said today.
“In short, the general atmosphere continues to be positive although difficulties remain which need to be addressed,” Ismail Ould Cheikh Ahmed, UN Special Envoy for Yemen, told the Security Council via video link.
Over the previous period of the talks, the parties unanimously agreed on the necessity of reaching a peaceful solution to put an end to the conflict in Yemen, he noted. A number of prisoners and detainees, including children, have been released. The cessation of hostilities has allowed humanitarian aid to reach areas that were previously not accessible.
The participants have discussed the most delicate issues, including military withdrawals, security arrangements and the handover of weapons, sensitive political issues and ways to improve the economic and humanitarian situation, as well as the release of prisoners and detainees, he said.
After intense talks with both parties, the envoy has presented a roadmap outlining a practical plan to end the conflict in Yemen. It provides for implementation of the security arrangements specified in Security Council resolution 2216 (2015) and the establishment of a national unity government that would ensure the delivery of basic services and address the recovery of the Yemeni economy.
According to the proposed roadmap, the national unity government would also be responsible for preparing a political dialogue to define the remaining steps for a comprehensive political solution, including the electoral law, the mandate of the institutions, which would oversee the transition period and the completion of the draft constitution." http://www.un.org/apps/news/story.asp?NewsID=54282#.V4fEjE_ooyF