Quote; "The U.S. provides planing, intelligence, air-refueling and the ammunition for the Saudi bombing. Without U.S. support this war would not happen at all!
The United Nation claims that the death toll of the war is a mere 5,000. Others speak of 7-8,000. These numbers are laughable. One Saudi attack alone, a "double tap" on a Sanaa funeral hall, killed more than 800. The real death toll of the war is by now likely beyond 100,000. Especially in north-west Yemen, along the Saudi border, each and every Yemeni town and city has been bombed into ruins. Where are the people who once lived there?
The Saudis have simply threatened the UN that they will stop to provide any money for any of its relief efforts should it it make any noise. The UN folded.
Yemen is starving. Even before the war 90% of Yemen's staple food was imported. The Saudis have since bombed each and every food production facility, chicken farm and port. All larger bridges have been cut. There is no longer any way to import food into the capital Sanaa and the other areas the Saudis besiege. Too small official relief efforts are still running through the Hodeida port on the western coast. The port itself is controlled by the Houthi/Saudi alliance the Saudi want to eliminate. But the port is blockaded from the water side. The Saudis navy and airforce destroys all ship who try to enter or leave it. Some official relief ships are allowed to pass but they have difficulties to unload. All large cranes in the harbor have been destroyed by air attacks.
Still - to deliberately starve off all of the 17 million Yemenis who are "food insecure", i.e. extremely hungry and nearly starved, the port needs to be closed down for good. That is why the UAE and the Saudi plan to invade, conquer and occupy it. The fighting about the port will be a good excuse to close it down for good until no one in Sanaa is left alive.
The Pentagon is now requesting a free hand to help the Saudis to conquer and occupy the Hodeida harbor*" Go to: http://www.moonofalabama.org/2017/03/us-to-escalate-its-two-years-war-on-starving-yemen.html#comments
for full article.


Posted by Gerard in reply to "Good point. I suppose you could say it's a marketing concept (which only makes it more perverse)?nm"

“..the intersectionalities which truly exist are subverted by algorithmic profiling that by identifying (according to the "pursuit of happiness" individual profit motive), "new" groups or "segments" then attempts to create or "encourage" (depending on the degree of development of the perceived or potential grouping), both them and the artificial intersectionalities they themselves create. We might see these new segments and intersections as "counter-revolutionary" (in a literal way in that they interrupt the cyclical movements of true commerce -a form of sabotage-, for true commerce recognises that the efficiency of a thing is also in its lifespan and repair-ability -that is if the manufacture of the repair is itself efficient, "planned obsolescence" is antithetical to the pursuit of sustainability and the protection/encouragement of biodiversity-, the "pursuit of happiness" model of economic growth does not, instead it attempts to optimize short-term profit for the minimum number of individuals), or even "5th Column" for they are designed to eradicate or prevent the evolution of consciousness within pre-existing "classes" or "segments" (or potential what one might term, "natural" groupings), and replace that consciousness with another "ready-made" alternative, such consciousness is also vital to the recognition of "sameness" between the segments (the "intersectionalities"), and therefore this too is deliberately disrupted and manipulated (interesting that this should highlight how Marxist analysis of economically determined relationships should still have relevance once removed from the anachronistic context of the Industrial Revolution)."

Frequency..
Posted by Gerard in reply to "Mosaic"
More About Mercer
Quote: "The fuel behind Mercer's influence are the absurd sums of money he approves at the investment company he runs, Renaissance Technologies, based on Long Island. Its famed Medallion Fund is one of the most successful hedge funds in investing history. Averaging 72% returns before fees, over more than 20 years. A statistic that baffles analysts, and outranks the profitability of other competing funds, like the ones George Soros and Warren Buffet run. In 2015, Mercer had single-handedly catapulted Cruz to the front of the Republican field. Throwing more than $13 million into a super PAC he created for the now failed candidate. But with the Trump campaign faltering, and struggling for support, there's a second chance for the Mercers to make a big bet.
The Trump campaign is well aware of this, in fact, sources within Mercer's super PAC would later tell Bloomberg News that shortly after Cruz drops out of the race, Ivanka Trump and her wealthy developer husband Jared Kushner, approach the Mercers, asking if they'd be willing to shift their support behind Trump. The answer is an eventual, but resounding yes.
In the months leading up to Trump's presidential win, the Mercers would prove a formidable force. Beginning after the disastrous Republican Convention in July, they would furnish the Trump campaign with millions of dollars, and new leadership, but they would also furnish it with something more -- a vast network of non-profits, strategists, media companies, research institutions and super PACs that they themselves funded and largely controlled." Go to: http://therealnews.com/t2/component/content/article/250-article-with-comment/3021-the-bizarre-far-right-billionaire-behind-bannon-and-trumps-presidency For full article.

Quote; "But there was another reason why I recognised Robert Mercer’s name: because of his connection to Cambridge Analytica, a small data analytics company. He is reported to have a $10m stake in the company, which was spun out of a bigger British company called SCL Group. It specialises in “election management strategies” and “messaging and information operations”, refined over 25 years in places like Afghanistan and Pakistan. In military circles this is known as “psyops” – psychological operations. (Mass propaganda that works by acting on people’s emotions.)
Cambridge Analytica worked for the Trump campaign and, so I’d read, the Leave campaign. When Mercer supported Cruz, Cambridge Analytica worked with Cruz. When Robert Mercer started supporting Trump, Cambridge Analytica came too. And where Mercer’s money is, Steve Bannon is usually close by: it was reported that until recently he had a seat on the board.
Last December, I wrote about Cambridge Analytica in a piece about how Google’s search results on certain subjects were being dominated by rightwing and extremist sites. Jonathan Albright, a professor of communications at Elon University, North Carolina, who had mapped the news ecosystem and found millions of links between rightwing sites “strangling” the mainstream media, told me that trackers from sites like Breitbart could also be used by companies like Cambridge Analytica to follow people around the web and then, via Facebook, target them with ads." Go to: https://www.theguardian.com/politics/2017/feb/26/robert-mercer-breitbart-war-on-media-steve-bannon-donald-trump-nigel-farage For full article....
..and again from "The Guardian", quote; "The US billionaire who helped bankroll Donald Trump’s campaign for the presidency played a key role in the campaign for Britain to leave the EU, the Observer has learned.
It has emerged that Robert Mercer, a hedge-fund billionaire, who helped to finance the Trump campaign and who was revealed this weekend as one of the owners of the rightwing Breitbart News Network, is a long-time friend of Nigel Farage. He directed his data analytics firm to provide expert advice to the Leave campaign on how to target swing voters via Facebook – a donation of services that was not declared to the electoral commission*." Go to: https://www.theguardian.com/politics/2017/feb/26/us-billionaire-mercer-helped-back-brexit For full article.


SERCO?
Quote; "Why has Serco been awarded the contract to continue running Yarl’s Wood? Yarl’s Wood is the notorious immigration removal centre for women (mainly) in Bedfordshire; and in 2013, Serco was outed by The Guardian as “the company that is running Britain”. Increasingly, it seems to be running the world, employing 120,000 people in 30 countries, and providing services as diverse as driving tests in Canada, air traffic control in the United Arab Emirates, and the implementation of the Affordable Care Act in the United States. With a portfolio like this, you might think that Serco is universally acclaimed as a first-rate provider. Yet the announcement of the renewal of the Yarl’s Wood contract was greeted by widespread disapproval.  Yvette Cooper, the Shadow Home Secretary, was quoted in The Independent expressing disappointment that the contract had been renewed before an independent inquiry into the running of Yarl’s Wood had taken place, pointing out that “too often, Serco’s Yarl’s Wood operation appears to have fallen below the high standards we would expect”." Go to: http://www.newstatesman.com/politics/2014/11/why-has-serco-been-awarded-contract-continue-running-yarl-s-wood  For full article.

Quote; "Serco run navy patrol boats for the ADF, as well as search and salvage operations through their partnership with P&O which form Maritime Defence Services.
Serco run two Australian Jails already, Acacia in WA and Borallon in Queensland
Theyre one of the biggest companies In the UK for running electronic tagging of offenders under house arrest or parole.
Serco are in one of the two favoured bid consortiums for the new Sydney metro rail line.
Here are some amazing corporate videos from Serco, we fully recommend both if you're a fan of Verhoeven-esque corporate propaganda." Go to: https://jhaines6.wordpress.com/2014/05/08/serco-the-biggest-company-youve-never-heard-of-mirror-whoops-looks-like-i-opened-a-can-of-worms-with-my-question-about-this-company-j/
For full article and: http://www.abeldanger.net/2017/02/2912-can-trump-purge-fake-news-sercos.html#more (thank you for leaving the link as comment "AD"!)

Arafel; "Ex-Lloyds Libor traders hauled in by fraud squad as part of its ongoing probe into manipulation of the benchmark rate" Go to: http://www.cityam.com/260120/ex-lloyds-libor-traders-hauled-fraud-squad-part-its-ongoing?utm_source=dlvr.it&utm_medium=dvTwitter 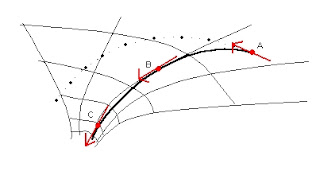