One can tell just how compromised Hollywood now is by its output for the entertainment machine prefers to explore its market-driven predilections than deal seriously with real issues (hence there has never been a, "Nigel the Puritan" flick -taking on the powers of darkness with a mangle and a bar of carbolic-, vampiric producers would rather indulge the Papacy, after all there's no money in Puritanism), one may gasp at the schlock-horror of all embracing technocracy but one must never examine the realpolitik of the alternative. Recent events, however, do perhaps indicate that it is time that the entertainment industry contemplated its own demise (at least in terms of the pleasure-button pushing ephemera which have become ubiquitous to the milieu), quote;

"A third of traffic collisions involving autonomous vehicles in 2018 so far featured humans physically confronting the cars, according to data released by California.
In one case, a taxi driver exited his cab and slapped the front passenger window of a General Motors Cruise parked behind him. No one was hurt, though the car sustained a scratch.

In another case, a pedestrian hurtled across an intersection despite a “do not walk” sign, shouting as he went, and rammed his body into a different Cruise’s rear bumper.
If they were hoping to register their disapproval of autonomous cars, they were working against both the burgeoning autonomous car industry and the state of California, which last week said it would allow driverless cars to operate without onboard backup drivers." Go to: https://www.independent.co.uk/news/world/americas/san-francisco-driverless-cars-autonomous-vehicles-attacks-a8243081.html
for full article.

Such reactions may just be the thin-end-of-the-wedge for there is a now a growing and vocal movement opposing the imposition of 5G Wi-Fi technology...


How far one wonders will people be prepared to go? An unexamined response might be both disastrously polarising and catastrophic, reliance on mobile-phones and Wi-Fi technology has meant that attacks against infrastructure would (undoubtedly), eventually result in unnecessary deaths. Could it be considered by protestors that any fatalities were causalities of war and that none are hors-de-combat? Schisms in the ranks of any "Anti-Wi-Fi-Brigade" may be caused should some believe that those who use Wi-Fi tech are lying in the bed they have made for themselves. Is it not therefore prudent to examine these issues seriously before things come to such a head?
Given that it is the purpose of the dramatic medium to highlight social problems and the possible consequences of certain courses of action I would say that it is irresponsible for the media to ignore this growing division, especially given our current global economic situation where many who profit most from the wirelessly connected world are those far more privileged than the mass of the population. The civil-strife that was common to both the developed and  "developing" nations during the twentieth century may well rear its head again but this time with an agenda that targets the tools of oppression rather than (at least not directly), the perpetrators .
A production which dealt with such eventualities would undoubtedly be controversial (the "timely" usually is), and might not attract much sponsorship from the status quo or the vested-interests of the world's "Silicon Valleys" but surely it might be possible to find some amongst the well-healed glitterati whose consciences one could prick (and souls stir), sufficiently for them to back such a project? 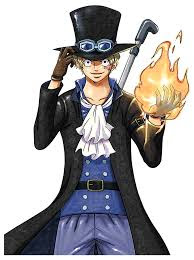 A "war" of the kind I describe could be fought without the need for conventional weaponry; the catapult, cross-bow, D-lock and the bull-dozer (or any vehicle heavy enough to take-down a Wi-Fi mast), might be all protestors would be armed with forcing the authorities to make difficult choices in terms of proportionality of response. Might the Powers-that-Be be tempted to go over-the-top in order to put down such rebellious behaviour and if so would this not inflame an already volatile situation? If a "storm" is on the horizon defusing any possible conflict must be a priority.
The Luddites were not attacking automated looms and knitting-frames because the technology itself was inimical to social progress they were doing so because they were skilled artisans and because, in the hands of a few exploitative magnates, such new inventions threatened not only to rob the Luddites of their jobs but to enslave the working class as-well, a reaction against Wi-Fi tech would be different for the technology is dangerous in and of itself, therefore, many may be prepared to go further in their attacks, against what they see as both embodying and exemplifying the social-divisions and inequalities growing all around them, than the Luddites did.
It's not just the physical dangers of the technology which could spark such a conflagration of-course, there is also the way it's being used, quote;

"The Dangerous Technology of Surveillance.

How much longer will it take I wonder for people to realise just how "unprofitable" it is to collude in their own oppression? An increasing number allow access to all sorts of important data about themselves by utilising wireless-free technologies (and this is before one takes into consideration the ubiquitous security flaws in "closed software" and the ease of hacking such connections). The fondness for the-sound-of-our-own-voices has allowed obsession to consume us and it has created a false-economy for the continued expansion of the debt-bubble has been aided and abetted by the addiction to these gewgaws and "ghafla"*"..
"Users dumbed-down to accept ephemera as true experience are encouraged in their posturing and cupidity whilst being discouraged from engaging in reasoned discourse (and if they do such is labelled "Fake News" -using capitals advisedly-). I only use "hardline" Ethernet connections when I go online and have had the wireless signal to my domestic router turned off at source (Nb. there is no "wireless-off" button on any of the major service providers' home routers as far as I am aware).".. 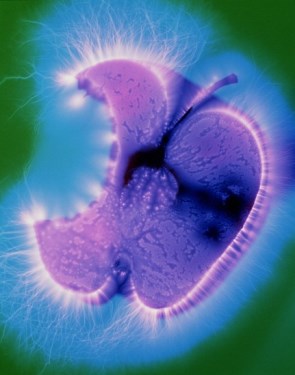 "*Quote; "Ghafla is a Chakobsa term meaning "distraction"- in the Dune books by Frank Herbert, Ed.-, Herbert took this term directly from the Arabic where "Ghafla" means anything that distracts one from God. The term is especially important in Sufic Islam" Go to: http://dune.wikia.com/wiki/Ghafla

"Every year in the U.S., almost a half million people are injured or killed in traffic accidents attributed to the combination of texting and driving. The statistics are shocking, especially in view of the fact that this danger could be completely avoided. With the latest statistics available as of 2018, in 2015, according to statistics compiled by the Department of Transportation, 3,477 people died and another 391,000 were injured in motor vehicle crashes caused by drivers who were distracted because they were texting or using cell phones." Go to: https://www.personalinjurysandiego.org/topics/facts-about-texting-driving/
for full article.

Quote; "According to the National Highway and Transportation Safety Administration (NHTSA), 80% of accidents and 16% of highway fatalities are caused by distracted drivers. The National Safety Council (NSC) estimates that crashes from cell phone use account for 27% of all auto accidents. In Ohio in 2015, 41% of distracted drivers in fatal crashes were texting or talking on a phone.
Texting while driving increases your chances of being in an accident by 23 times. When you are driving 55 mph, diverting your attention for five seconds (the average time it takes to read a text message) means you are driving the length of a football field without looking at the road. A crash typically occurs within three seconds after a driver is distracted.
Even with the staggering statistics, the National Safety Council found that evidence indicates that under-reporting of driver cell phone use in accidents is causing a substantial under-estimation of the extent of the public safety threat." Go to: https://www.lawyersthatfightforyou.com/auto-and-truck-accidents/2016/12/06/distracted-driving-from-cell-phone-use/
for full article." Go to:  http://www.arafel.co.uk/2018/03/the-whole-story-epidemiology.html

Any of the above are sufficient to provoke one to righteous indignation or even anger. What if your; spouse, child (or any family member), close friend or beloved pet were to be killed by a distracted driver? It is therefore far from beyond possible that a "pro-active" movement against the imposition of yet more etheric snooping be formed to address the removal of the parasitic technology of neoliberalism (incl. in China)!

Quote; "It took me awhile to figure this out. I got rid of all the wireless devices and Wi-Fi in my house, yet the EMFs were still high. Then I finally realized that it was my phone (while on) that caused it. My levels dropped below 0.01 volts/meter once I put it in airplane mode. This is a key point. For nearly everyone reading this, the majority of the radiation you're exposed to is not coming from the outside into your home; it's coming from the items in your home."..

"Most of the radiation we're exposed to today is microwave radiation, which does include radiation from your microwave oven. If you still have one, I recommend replacing it with a steam convection oven, which will heat your food just as quickly but far more safely. When you turn that microwave oven on, it will expose you to very dangerous microwave radiation at levels that are far in excess of your cellphone. We're not talking about thermal (heat) damage here. We're talking about nonthermal damage.
I recently interviewed Martin Pall, Ph.D., who has identified and published several papers describing the molecular mechanisms of how EMFs from cellphones and wireless technologies damage plants, animals and humans.2,3,4,5 Many studies have shown that when you're exposed to EMFs, intracellular calcium increases. Pall also discovered a number of studies showing that you can block or greatly reduce the effects of EMFs using calcium channel blockers — medication commonly prescribed to patients with heart disease.
This turns out to be a crucial point, because it's the excess calcium in the cell and the increased calcium signaling that are responsible for a vast majority of the biological effects of EMFs."..
"Importantly, the cellular membrane is 7 million times more sensitive to EMFs than the charged particles inside and outside of the cells, which are what safety standards are based on. In other words, the safety standards are off by a factor of 7 million!*"..
"So, EMFs are not "cooking" your cells. It's not a thermal influence. Rather, the radiation activates the VGCCs in the outer cell membrane, which triggers a chain reaction of devastating events that, ultimately, decimates your mitochondrial function and causes severe cellular damage and DNA breaks. It also decimates your cell membranes and cellular proteins. In a nutshell, it dramatically accelerates the aging process."..
"The first step to lower your exposure would be to identify the most significant sources. Your cellphone is a major source of exposure, as are cordless phones, Wi-Fi routers, Bluetooth headsets and other Bluetooth-equipped items, wireless mice, keyboards, smart thermostats, baby monitors, smart meters and the microwave in your kitchen. Ideally, address each source and determine how you can best limit their use. For example, remedial interventions could include:" Go to: https://articles.mercola.com/sites/articles/archive/2017/09/24/electronic-devices-emf-dangers.aspx?utm_source=twitter.com&utm_medium=referral&utm_content=twittermercola_ranart&utm_campaign=20181023_electronic-devices-emf-dangers for preventative measures and full article.

Dr.Mercola also recommends switching to "Ethernet only" and identifies many different negative health impacts in his excellent article (highly recommended).