Quote; "It has been estimated that the lives of 40,000 to 50,000 people in the UK are ended prematurely every year because of the air we breathe. Worldwide, the WHO said the problem was causing more than three million premature deaths a year.
Ten towns and cities in the UK, including London, Glasgow, Leeds, Nottingham, Southampton and Oxford, were found to have breached what are regarded as safe levels of tiny particles known as PM10. And 39 urban areas also breached the safe levels for another measure known as PM2.5.
Dr Flavia Bustreo, WHO’s assistant-director general for family, women and children’s health, spelled out the situation in no uncertain terms.
“Air pollution is a major cause of disease and death,” she said."...
“It is deeply concerning that 40 UK towns and cities are failing to meet WHO standards for the smallest, most harmful pollution particles.
“These particles are able to reach deep into our lungs and even into our bloodstream, and can have a serious impact on our breathing and wider health.
“It is clear from this report that the UK is facing an air pollution crisis. Unfortunately, the Government's response so far has been inadequate.
“Swift action must be taken to reduce pollution levels in the UK and protect our lung health.”
Go to: http://www.independent.co.uk/environment/dozens-of-british-cities-are-breaching-air-pollution-limits-in-public-health-crisis-a7025401.html For full article. 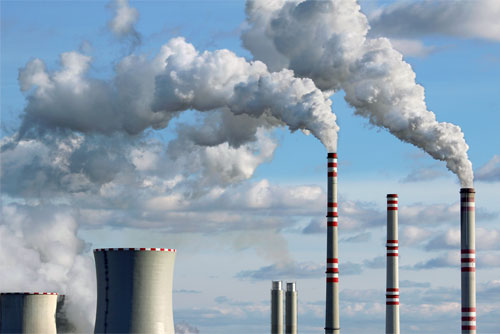 Quote; "The formidable issue of nanoparticles.

There is nothing new about nanoparticles, which are particle of less than one micron in diameter. They are produced in any high temperature combustion which includes vehicles, coal-fired power stations, industrial boilers etc. What is new is nanotechnology where these particles, which have very unusual properties, are being used in many commercial products from shaving cream to tennis rackets. This has raised the question of whether they have any negative health effects. That question has given rise to a new discipline called nanotoxicology. It turns out that these particles have exquisite biological properties which are very worrying. They are so tiny that they can cross the lung membrane and enter the bloodstream. Once there they can enter every tissue in the body including the brain. The problem with incineration is twofold: a) because every object in commerce is likely to end up in an incinerator any toxic element used in these products is likely to end up in the nanoparticles. The nanoparticles from incinerators are the most dangerous of any common source. b) There are NO regulations in the world for the monitoring nanoparticles from incinerators. In most countries the particles regulated are 10 microns and above.In some countries they regulate particles at 2.5 microns. But neither standard comes close to monitoring nanoparticles. We are flying blind on this crucial issue." Go to: https://gkhales.blogspot.co.uk/2014/08/the-great-dragon-incineration-what-you.html

This map makes it clear.. 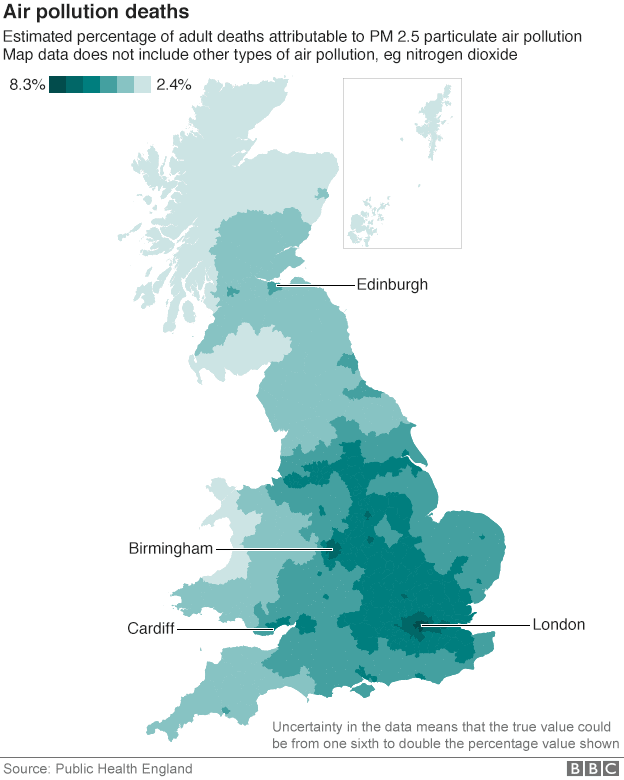 Quote; Southampton, the biggest cruise port in Britain, has no way of monitoring air pollution generated by emissions from the largest ships in the world.
A BBC investigation reveals Southampton docks does not monitor its air pollution rates, despite the city being among the most polluted in the UK.
Southampton City Council estimates the port contributes up to 23 per cent of air pollution in the city.
Ships can use a "plug-in" system to reduce emissions but not in the UK.
It comes after the World Health Organisation (WHO) called Southampton one of the most polluted cities in the UK.
The city's port welcomes thousands of ships a year, including some of the biggest cruise liners and container ships in the world.
The vessels leave their engines running while docked to power their electrics, but elsewhere in the world ships use a shore-based electricity supply, virtually eliminating their emissions." Go to: http://www.bbc.co.uk/news/uk-england-hampshire-39181972 For full article.


Defra have announced that Southampton City Council will receive £892,000 as part of an annual funding pot to tackle air quality locally.

The Air Quality Grant programme has awarded more than £52 million to a variety of projects since it started in 1997 and helps local authorities tackle air quality in their areas to reduce the impact on people’s health and create cleaner and healthier environments.

Projects include a £253,880 scheme in Southampton and Eastleigh to support the uptake of low emission taxis and private hire vehicles, and a £99,000 scheme to fund environmentally friendly driver training on the council’s vehicle fleet.
The city is already one of five – including Nottingham, Birmingham, Derby and Leeds – to be designated as a Clean Air Zone as part of the government’s national air quality plan."" Go to: https://www.southampton.gov.uk/news/article.aspx?id=tcm:63-391499
For full article.

Arafel: Smells suspiciously like throwing money at the problem and as the problem would seem to be the docks and the commercial and municipal waste incinerators in Hythe and around Fawley one might observe, "straight on to the fire"! As a Sotonian of some 30 years standing I can tell you that Southampton's air quality has always been an issue (my mother and father both lived/live in rural areas so I have always noted the extreme contrast in air quality when returning from holiday visits), but even more so now with the addition of the large municipal waste incinerator in Marchwood. 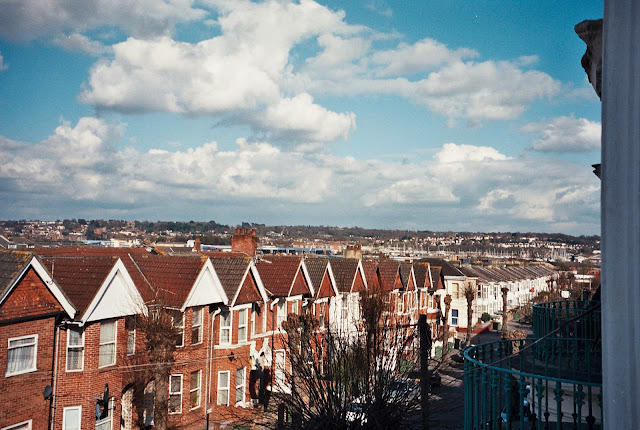 Quote; "Why is it that our local councils can only afford to collect our recyclable and non-recycled goods separately on a fortnightly basis?
The answer is that the government invests half the waste management budget in municipal waste incineration.
Government investment in the incinerator option meant that the current Unitary Authority of Southampton was presented with a 'fait accompli', before the dissolution of the former Hampshire County Council and therefore before a Southampton area majority against the decision could become effective in council. A process in which certain media institutions in the city colluded.
Everywhere incinerators scrounge oil based wastes from the waste stream. In N.Ireland a member of The Environment Committee in the national government, who had made his name in the waste management business, was exposed as flogging non-sorted waste from his recycling plant to the municipal waste incinerator in Liverpool!
The national government invests half our money in recycling (really?), and half in incineration. Unfortunately one represents a sustainable technology the other does not (think about it; oil is consumed, it is never made re-useable, by incineration).
No one has so far stood to account for the Liverpool Incinerator's actions, again why?
(Materials Reclamation Facility known as "Murph", never buy a used anything from this Irishman!)
The oxymoron that is "An Unsustainable Economy" will surely be understood as such by any generations we may be fortunate enough to be the antecedents of.
Also, I too was in favour of waste incineration when the idea was first mooted in the early '80s, however logical analysis shows (as it does with the Nuclear Power/CO2 production debate), that the philosophy which informs the idea is (unfortunately), redundant." Go to: https://gkhales.blogspot.co.uk/2012/06/whats-that-coming-over-hill.html

Quote; "The main purpose of ISDE is to help defend our environment both locally and globally to prevent numerous illnesses, ensure the necessary conditions for health, and improve the quality of life. In order to safeguard the health of our own generation and of future ones, we must care for the environment.
ISDE was established as a tool for educating and updating physicians and the general public, and stimulating awareness and initiatives by public and private bodies, in particular governmental agencies.
The Association intends to reach out to all, as fellow citizens of the world" Go to: http://www.isde.org/
For full article. 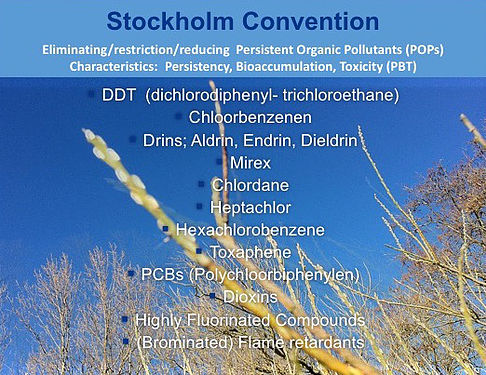 Quote; "It is predicted that Japan and European Union will soon experience appreciable decreases in their populations due to persistently low total fertility rates (TFR) below replacement level (2.1 child per woman). In the United States, where TFR has also declined, there are ethnic differences. Caucasians have rates below replacement, while TFRs among African-Americans and Hispanics are higher. We review possible links between TFR and trends in a range of male reproductive problems, including testicular cancer, disorders of sex development, cryptorchidism, hypospadias, low testosterone levels, poor semen quality, childlessness, changed sex ratio, and increasing demand for assisted reproductive techniques. We present evidence that several adult male reproductive problems arise in utero and are signs of testicular dysgenesis syndrome (TDS). Although TDS might result from genetic mutations, recent evidence suggests that it most often is related to environmental exposures of the fetal testis. However, environmental factors can also affect the adult endocrine system. Based on our review of genetic and environmental factors, we conclude that environmental exposures arising from modern lifestyle, rather than genetics, are the most important factors in the observed trends*" Go to: http://physrev.physiology.org/content/96/1/55
For full article. *Italics mine.
Arafel archive:
https://www.standardmedia.co.ke/article/2001227535/police-officers-injured-as-kajiado-residents-protest-against-hazardous-waste-treatment-plant
https://gkhales.blogspot.co.uk/2016/12/incineration-in-mainstream.html
https://gkhales.blogspot.co.uk/2014/08/the-great-dragon-incineration-what-you.html
https://gkhales.blogspot.co.uk/2017/01/incineration-zerowaste-work-of-drpaul.html