Police State? "No! Just My Constituency!" 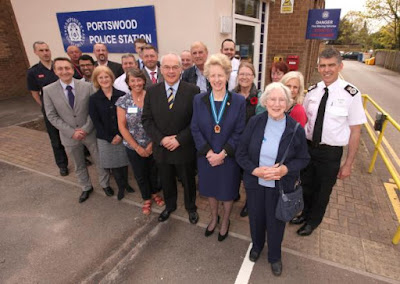 Quote; "David Cameron attempted to prevent the closure of police stations in his constituency as £60m worth of Government funding cuts were being implemented, the BBC has found.

According to the broadcaster, the Prime Minister privately urged the Thames Valley Police force to find savings elsewhere, rather than shut stations in his Oxfordshire constituency of Witney.


Shadow Cabinet Minister Jon Ashworth said the incident showed that Mr Cameron was “completely unaware" of the impact spending cuts were having on communities.
He said: "I think it's jaw-droppingly hypocritical from the prime minister because the reason these services are being cut in his constituency is because he is cutting them.
"He is the first lord of the treasury, he is the man who is signing off George Osborne's cuts plan, so I'm surprised that the prime minister is so out of touch with what the impact of these cuts would mean that he is now lobbying organisations in his own constituency against the very cuts he is implementing."
Defending Mr Cameron’s action, Number 10 said he was acting in his capacity as the local MP to protect frontline services. " Go to:  https://www.politicshome.com/home-affairs/articles/story/cameron-%E2%80%98lobbied-local-police-prevent-station-closures-during-cuts%E2%80%99

Portswood Police Station (staff pictured above), was eventually saved from the axe, Thanks Dave!