"High Probability" of 30% Decline in Polar Bear Numbers by 2050 Due to Retreating Sea Ice, IUCN Study Finds: The Guardian 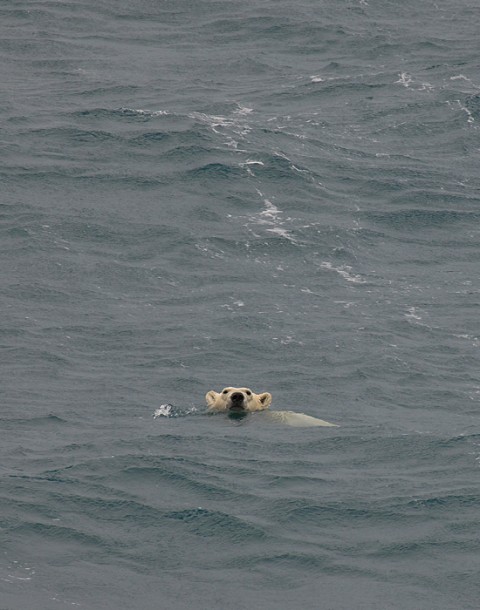 Quote; "Global warming is now the single most important threat to the survival of the polar bear with retreating sea ice set to decimate populations, according to a new study by the International Union for the Conservation of Nature (IUCN).
It found a “high probability” that the planet’s 26,000 polar bears will suffer a 30% decline in population by 2050 due to the loss of their habitat, which is disappearing at a faster rate than predicted by climate models.
“There is a high risk of extinction and the threat is serious,” said Dena Cator of the IUCN’s species survival commission. “You could consider polar bears to be a canary in the coal mine. They are an iconic and beautiful species that is extremely important to indigenous communities. But changes to their sea ice habitat are already being seen as a result of climate change.”
The animals, already classified as vulnerable by the IUCN, depend on seasonal sea ice, which they use as a platform to hunt ring seals and bearded seals after their summer fast.
But the extent of sea ice at its lowest point each year, in September, has shrunk at a rate of 14% per decade from 1979 to 2011, with the fourth-lowest extent recorded this year.
Annual ice-free periods of five months or more will spread hunger among polar bears, the IUCN said, pushing the species over a “tipping point”, with widespread reproductive failure and starvation in some areas.
Latest projections indicate that swaths of the Arctic could be ice-free for five months of the year or more by mid-century. Three of the 19 sub-population groups of polar bears studied are already in decline, in Baffin Bay, Kane Basin and the Southern Beaufort Sea.
But warming temperatures could also increase diseases among the polar bear’s traditional prey, further reinforcing the negative spiral. Pollution, human encroachment, and resource exploitation such as oil drilling only add to this dynamic.
In Canadian towns such as Churchill, polar bears have already come into conflict with humans, as the ice season in the western Hudson Bay has fallen by about one day per year over the last three decades. 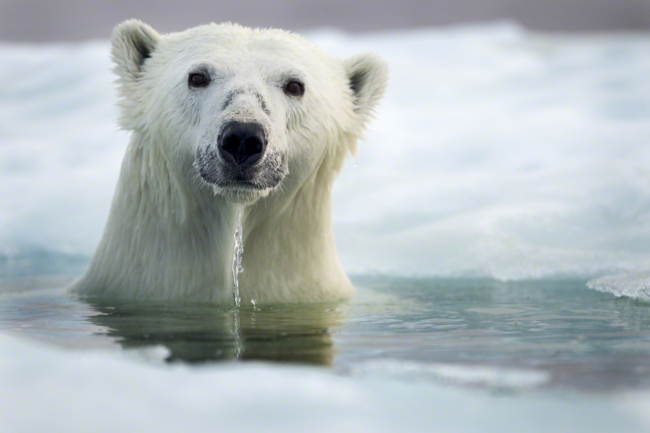 “Human-bear conflict strategies are really coming into play in Churchill,” Cator said. “Polar bears are opportunists, like other bears. They look for what they can eat. When there is no sea ice, they will scavenge anything from whale carcasses to small animals or human rubbish.” 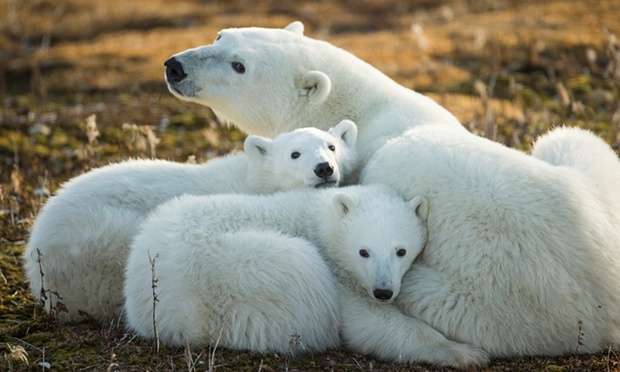 Lyberth was wary of the IUCN’s assessment – which he had not seen – even though it surveyed all 19 polar bear populations in the most comprehensive science-based assessment yet undertaken.
“No hunter that I know can see any decline in the polar bear populations,” he said. “They are observing more polar bears in east Greenland. Twenty years ago, hunters had to travel hundreds of kilometres to find polar bears. Now they come to the town of Ittoqqortoormiit.”
Charlotte Moshøj, a wildlife biologist who has studied the region attributed this to global warming already underway. “There aren’t more bears,” she told the Arctic Journal. “There is less habitat.”
Last September, the five polar bear range states – Greenland, Canada, the US, Russia and Norway – agreed a Polar action plan, which the IUCN describes as “the first global conservation strategy to strive for the long-term persistence of polar bears in the wild”." Go to: http://www.theguardian.com/environment/2015/nov/19/climate-change-is-single-biggest-threat-to-polar-bear-survival?CMP=share_btn_tw For video. 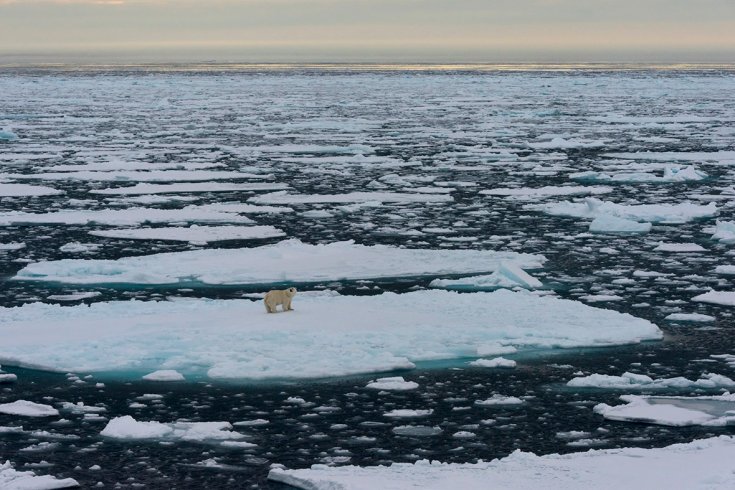