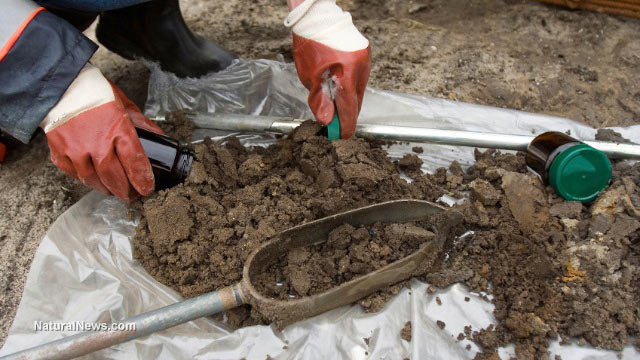 Quote; "Documents released as part of secret negotiations over the future of the San Onofre Nuclear Generating Stations near San Diego reveal that the now-shuttered plant was lax with security, exposing workers to dangerous levels of radioactivity from leaks and improperly disposing of nuclear waste.

In January 2012, one of the two generators at San Onofre sprang a small leak, and the plant was shuttered. An investigation eventually revealed that the leak had been caused by vibrations in steam generators that occurred as a result of a flawed generator design. Plant operator Southern California Edison said it is pursuing a claim against generator manufacturer Mitsubishi Heavy Industries as well as Mitsubishi Nuclear Energy Systems.

In June 2013, plant operator Edison decided to permanently close the plant rather than incur the costs of safely restarting it. The future of the plant grounds and all of the toxic waste stored there remains up in the air.

"Probably worse than we think"

In September, an investigation by the NBC TV affiliate in San Diego, KNSD-TV Channel 7, revealed that radioactive equipment from the plant had been stored on both sides of Interstate 5, including along the beach. The investigation, which reviewed documents released to individuals negotiating with Edison over the future of the 25-acre site, also revealed that Edison had covered up evidence of radiation leaks from the plant.

The documents showed that radiation levels at the plant had regularly been so high that Nuclear Regulatory inspectors often refused to perform routine radiation surveys, fearing for their safety.

Furthermore, the notes fail to reveal exactly which locations had the highest levels of radiation. "You have hot spots, you don't know what they are," Hopenfield said. "This is an indication of the mentality and the culture at the time at [the plant]."

"We still don't know how high those radiation levels were," said Charles Langley, a whistleblower who once worked for the Utility Consumers' Action Network. "And if Edison gets its way, we will never know... The answer is probably worse than we think."

Waste to be stored a stone's throw from beach

Former San Onofre Safety Officer Vinrod Arora warned that before any plans move forward for the future of the property, it should undergo a thorough and independent inspection. "Be very careful of the goods they accept from Edison with the blessings of the NRC," Arora warned.

The current plan for the property consists of turning at least part of it into a supposedly temporary storage site for nuclear waste. The county has already approved a plan to bury concrete bunkers filled with radioactive waste within 125 feet of the beach. The permit only allows the waste to be stored there for 20 years, but it does not specify what must happen after that time.

Many nuclear power plants are now planning to store their waste on site indefinitely following the abandonment of plans for a single national waste storage site at Yucca Mountain in Nevada.

According to a staff report prepared for the county, the storage site "would eventually be exposed to coastal flooding and erosion hazards beyond its design capacity, or else would require protection by replacing or expanding the existing San Onofre Nuclear Generating Station shoreline armoring (sea wall)."

"Retention of the (fuel storage site) beyond 2051 would have the potential to adversely affect marine and visual resources and coastal access," the report said.

Opponents of the plan are expected to sue to challenge the permit." Go to: http://www.naturalnews.com/051923_San_Onofre_Nuclear_Plant_radioactive_waste_California_beach_contamination.html
Posted by Gerard at 15:49