Quote: "Former Tory MP Harvey Proctor yesterday sensationally reeled off Establishment figures accused of being in a VIP paedophile gang.
They included former Prime Minister Ted Heath and former Home Secretary Leon Brittan.
Mr Proctor, 68, claimed detectives had asked him about the men during interviews about alleged abuse – and even murder – of children at Westminster sex parties in the 1980s. 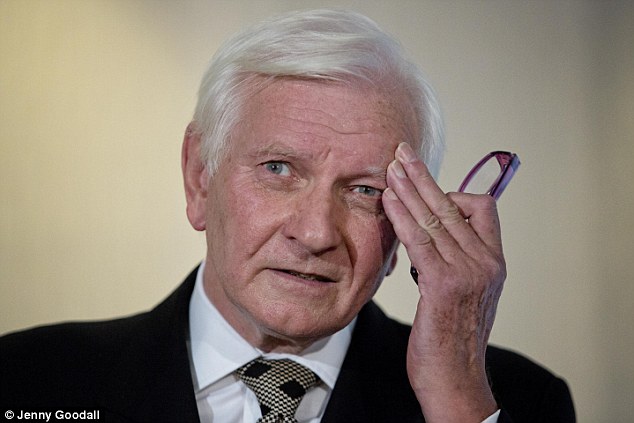 Tory MP Harvey Proctor, who has claimed detectives had asked him about the men during interviews about alleged abuse – and even murder – of children at Westminster sex parties in the 1980s*

All the allegations have been made by a man known only as ‘Nick’, whom police have described as ‘credible’.
The abuse is alleged to have happened at Dolphin Square and at the Carlton Club – both in London.
Here the Mail looks at the six prominent figures named by Mr Proctor at the extraordinary press conference:


Lord Bramall
The 91-year-old was interviewed by police in April over child sex abuse allegations. 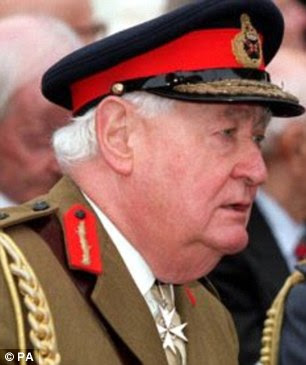 The former chief of defence staff attended a police station close to his £900,000 Surrey home at the request of detectives from Operation Midland.
He was interviewed under caution but released without charge. He was not arrested or placed under any police bail conditions.
An allegation was first made against him in October and his homes were raided in March.
He has categorically denied any involvement in a VIP child sex ring and said he had never had a homosexual relationship.
Lord Bramall told the BBC after the police raid: ‘Categorically, never have I had a connection or anything to do with the matters being investigated.
'I have only had sex with someone other than my own sex.’ He said any suggestion that he was involved in child abuse was ‘rubbish’.
Lord Bramall commanded UK land forces between 1976 and 1978. He became chief of the general staff – the professional head of the Army – in 1979.
Three years later he was made chief of the defence staff, the most senior officer in the armed forces. He oversaw the Falklands campaign.

Sir Maurice Oldfield
The former head of MI6 was named as being investigated by Scotland Yard over child sex offences. Sir Maurice, who never married, died in 1981 aged 65.
He joined military intelligence in the Second World War and was chief of MI6 from 1973 to 1978.
He was security co-ordinator in Northern Ireland between 1979 and 1980, and was said to be the inspiration for George Smiley in John Le Carre’s spy novels.* 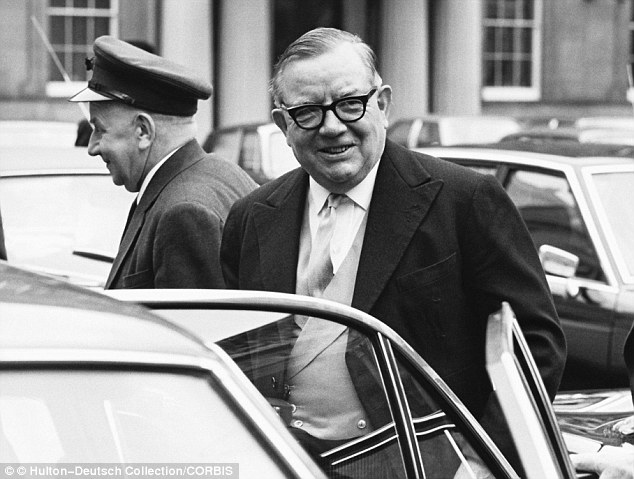 Earlier this year, Sir Maurice was linked to Kincora, a hostel in Belfast that was the centre of a child abuse scandal. Three senior care staff at the hostel were jailed in 1981 for abusing 11 boys, but at least 29 were attacked between the 1950s and 1980s.
One of the victims said he was never abused by Sir Maurice but saw him there. Security officers reportedly told colleagues they took him there several times.
Sir Michael Hanley
The former director general of MI5, who died in 2001 aged 82, was known as ‘Jumbo’ because of his size. He first joined the Army in 1940 and was an officer in the Royal Artillery. He joined the security services in 1948.
In the 1960s he was once wrongly accused of being a Soviet spy. A Polish defector had claimed that there was a well-placed KGB agent inside MI5 and the description was said to fit Sir Michael.
He was cleared in a subsequent investigation and appointed Director-General in 1972, going on to hold the post under three prime ministers.
He was survived by his wife, Lady Lorna, now 86. The couple adopted one son and one daughter. It is not known what he has been accused of. 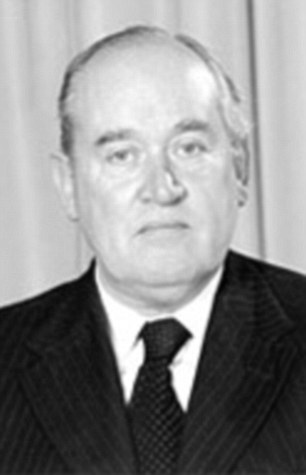 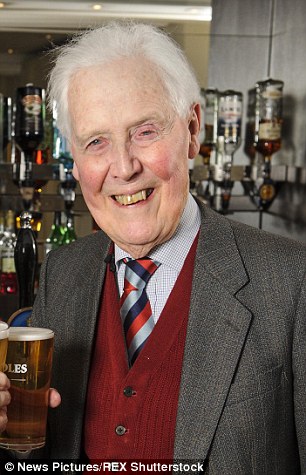 General Sir Hugh Beach
The 92-year-old former Army officer, who has four children, has written a number of books and in his retirement lectured on defence policy and arms control.
In 2009, he was among several senior military officers who called for the UK’s nuclear deterrent to be scrapped.
Sir Hugh, who lives in London, first joined the Army in 1941 in the Corps of Royal Engineers, and saw active service in France in 1944. He was deputy Commander-in-Chief, Land Forces, from 1976 to 1977 and Master General of the Ordnance between 1977 and 1981. His wife Estelle died in 1989. The allegations against him are not known.
Last night at his home in Worcestershire, John Beach said he knew nothing about his father, Hugh Beach, being investigated by the Met nor of any suggestions by Harvey Proctor about his alleged involvement with any kind of Westminster paedophile ring.
Mr Beach said: 'This is the first I've heard of anything and I have no reaction. To be honest the whole thing doesn't bother me in the slightest because so many people have been named and dropped.
'Anyone in London in the 60s or anyone who went anywhere near Dolphin Square or wherever it is seems to have been implicated.
'It's extraordinary. My father is a 92-year-old gentleman and I don't think he's done anything wrong. I've never heard Harvey Proctor's name in my father's circle. They certainly weren't mates.'
'He was a very senior Army officer, a full General - anyone of that kind seems to be a target'. 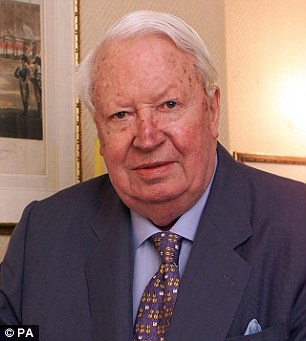 Accused of raping a 12-year-old boy in a London flat in 1961.
A number of police forces are now investigating claims the former prime minister was involved in historical child sexual abuse. Detectives urged potential victims and witnesses to come forward earlier this month.
A suspected cover-up of allegations made in the 1990s is now at the centre of an inquiry by the independent police watchdog.
Myra Forde – who was jailed in 1995 and 2009 for running a brothel in Salisbury, close to his home – has insisted the politician was ‘not a paedophile’ and that she ‘never supplied anybody’ with underage boys.
Sir Edward died in 2005 aged 89. He led the Conservative government between 1970 and 1974, never married and was famously reticent about his private life.
Former friends have branded abuse allegations as ‘smears’. MPs and aides said it was impossible that he could have carried out secret attacks because of a constant police presence.
Mr Proctor said that he had been accused of doing ‘dreadful things’ at Heath’s London house. 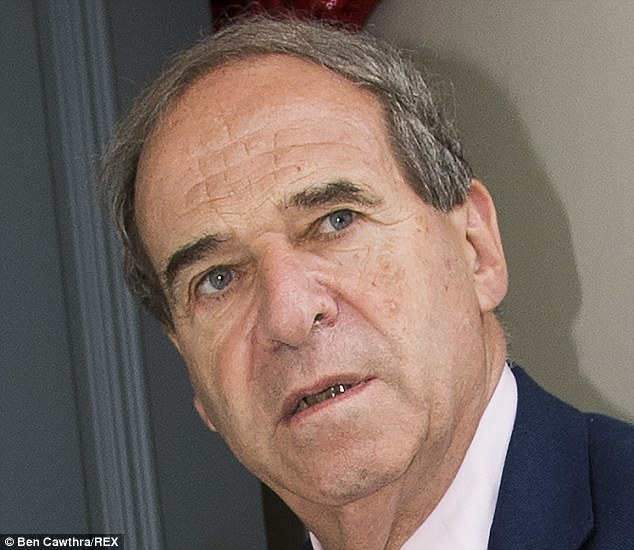 Brittan, who was 75 when he died, has also been accused of failing to act on an abuse dossier passed to him in 1983 containing allegations of paedophile activity at Westminster.
He was questioned under caution by police last summer after a Labour activist came forward and accused him of raping her in 1967, but he was never charged. He denied the allegation.
He was accused in Parliament of ‘improper conduct with children’." Go to: http://www.dailymail.co.uk/news/article-3210852/VIP-gang-accused-three-murders-quizzed-Heath-spy-chiefs-Army-bosses-child-sex-probe-says-ex-MP.html