The lucky ones will drop to the lowest level as there is now no middle rate for mobility allowance under the Personal Independence Payment regime, others will end up with nothing and be forced into work. Shame on you Britain any example you used to think you set has gone-to-soldiers now!

Quote; "Dear Reader,
The Court of Appeal has crushed any lingering hopes of a successful challenge to the PIP 20 metre rule. As a result the DWP estimate that 6 out of 10 working age recipients of DLA higher rate mobility will have lost their award by 2018.
Meanwhile a first tier tribunal refused an award of PIP because the claimant spent too much time on Facebook.
And, in a move that may surprise many readers, Maximus are now offering free help with completing your ESA50. Would you accept it?
Elsewhere, we have evidence of the not so subtle stereotyping of claimants in a Capita training manual for assessors and news of a new Benefits and Work resource coming soon.
Oh, and there’s a Maximus video of an ESA medical assessment you might want to watch too.

PIP CHALLENGE FAILS
The Court of Appeal decided last week that the DWP’s consultation on PIP, which initially hid the fact that the qualifying mobility distance was to be reduced from 50 metres to 20 metres, was fair.
This ended the last hope of overturning the 20 metre distance for PIP mobility. As a result the DWP estimates that 548,000 (61%) of the 892,000 working age claimants who were getting higher rate mobility DLA in 2013 will lose it when they are forced to apply for PIP.
349,000 (39%) are expected to be left with no mobility award at all and 199,000 (22%) with standard instead of enhanced mobility. 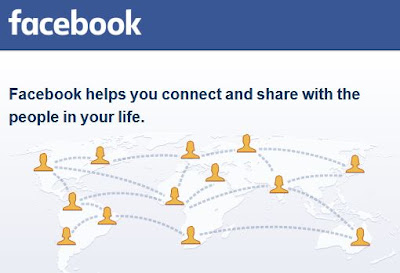 PIP APPEAL FAILED BECAUSE OF FACEBOOK USE
A claimant appealing against a PIP decision lost after he said that he only used Facebook ‘now and again’ in response to questioning by the panel.
After the claimant returned to the waiting room with his representative to await the decision, the medical member checked the claimant’s Facebook page on his smartphone.
When the claimant returned the medical member read out extracts from the claimant’s Facebook page, before he was accused of lying about the frequency of his use of social media. Because the hearing was over he was given no opportunity to explain that his partner also posts on his Facebook page.
The claimant now faces a long battle to try to get the decision overturned.

MAXIMUS OFFERS A HELPING ESA HAND AND SOME VIDEOS
If you’re struggling to complete your ESA50 capability for work questionnaire and you don’t have access to the Benefits and Work guides, there’s a new source of help available.
Maximus, the company that carries out ESA medical assessments for the DWP, have launched a free telephone support line to help you complete the form and decide what additional evidence to send.
The big question is, would you use it?
We’ve had quite a few comments left on the article already and it seems unlikely that Maximus’ phones will be ringing off the hook if our readers are anything to go by.
But, ever keen to be of service, Maximus have also launched a collection of videos to help inform claimants about the work capability assessment process. It includes a video of a face-to-face medical assessment.
We’d be interested to hear how closely the video matches your experience, so please do leave a comment.

CAPITA PIP TRAINING
We’ve been sent a copy of the PIP training pack issued to Capita health professionals.
One of the things that struck us, was the apparent stereotyping of claimants.
In the section on Social and Occupational History, over half of the text is devoted to the importance of exploring the claimant’s use of alcohol, tobacco and drugs plus their possible fondness for a flutter on the horses.
It’s not a comforting thought that the tabloid view of claimants may be influencing even the training of supposedly impartial health professionals.

UNIVERSAL CREDIT SLOWS
The take-up of universal credit is slowing, even as it is rolled-out to more Jobcentres.
DWP figures show that claims are currently being made at a rate of 6,000 a week. But this is actually less than in June of this year.
With just 126,000 people receiving universal credit in mid-September, the chances of the DWP reaching its greatly reduced target of half a million claimants by May 2016 now look very slim indeed.

NEXT TIME
In the next edition we’ll be introducing members to a new resource, our sample PIP medical assessment form, the PA4.
We’re creating the form from our study of a collection of Atos and Capita reports kindly sent to us by readers. It will allow members to see what a completed form should look like, highlighting the different areas where Atos and Capita tend to make standard observations or responses.
If you haven’t had a PIP medical it will help you to prepare by knowing precisely what the health professional is supposed to be collecting evidence about, if they are doing their job properly.
If you’ve had a medical and are challenging the decision, it will help you judge the ways in which the report on you may fall short.
We’re also updating our very detailed guide to ‘The Best Possible Ways To Challenge A PIP Medical Report’ based on what we’ve learnt.
Until next time.
Good luck,
Steve Donnison" Go to: http://www.benefitsandwork.co.uk/news/3175-21-october-2015-newsletter?utm_source=iContact&utm_medium=email&utm_campaign=Benefits%20and%20Work&utm_content=+v2+21+October+newsletter+2015
Posted by Gerard at 13:12