Is a Serious Meltdown Underway? Not unexpected news from Fukushima (plant no: 2) 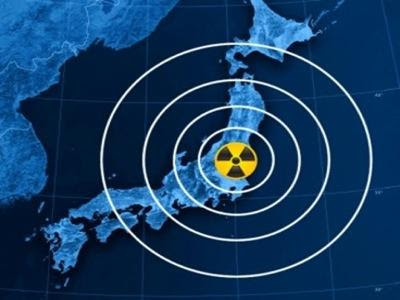 Quote: "The Fukushima Daiichi Nuclear Power Plant No. 2 nuclear reactor fuel is missing from the core containment vessel.
Where did it go? Nobody knows.

Not only that but the “learning curve” for a nuclear meltdown is as fresh as the event itself because “the world has never seen anything like this,”  Never.
Utilizing cosmic ray muon radiography with nuclear emulsion, researchers from Nagoya University peered inside the reactors at Fukushima. The nuclear fuel in reactor core No. 5 was clearly visible via the muon process. However, at No. 2 reactor, which released a very large amount of radioactive substances coincident with the 2011 explosion, little, if any, signs of nuclear fuel appear in the containment vessel. A serious meltdown is underway.
“The researchers say further analyses are needed to determine whether molten fuel penetrated the reactor and fell down.”2 In short, researchers do not yet know if the molten hot stuff has penetrated the steel/concrete base beyond the containment vessel, thus entering Mother Earth.
The Nagoya University research team, in coordination with Toshiba Corporation, reported their findings at a meeting of the Physical Society of Japan on September 26th.
Thus, therefore, and furthermore, it is advisable to review what’s at stake:

As, for example, there are 1,090 square miles of land surrounding the destroyed Chernobyl reactor that Ukraine classifies as an uninhabitable radioactive exclusion zone because radioactive fallout left more than 104 Curies of cesium- 137 per square mile on the land that makes up the zone. Scientists believe it will be 180 to 320 years before Cesium-137 around Chernobyl disappears from the environment.
Here’s the big, or rather biggest, problem: Cesium is water-soluble and makes its way into soils and waters as it quickly becomes ubiquitous in a contaminated ecosystem.
Chernobyl, on the other hand, is a different animal than Fukushima because its explosion was much more widespread and more dense than Fukushima, where 80% of initial radiation was blown out to the Pacific Ocean. Hmm.
Whereas, during the Three Mile Island incident, a partial core meltdown occurred but the reactor vessel was not breached, so there was no major radiation release.
Categorically, “Long-lived radionuclides such as Cesium-137 are something new to us as a species. They did not exist on Earth in any appreciable quantities during the entire evolution of complex life. Although they are invisible to our senses they are millions of times more poisonous than most of the common poisons we are familiar with. They cause cancer, leukemia, genetic mutations, birth defects, malformations, and abortions at concentrations almost below human recognition and comprehension. They are lethal at the atomic or molecular level.”4
Still, a true understanding of the dangers of the Fukushima disaster may never be fully known by the general public because of difficulties accessing solid information.  Indeed, the Japanese government has made it nearly impossible to obtain information which is not indiscriminately labeled “secret,” and a journalist may face up to 10 years in prison based upon which side of the bed a government employee gets up on any given morning; it’s absolutely true!
The independent organization Reporters without Borders has downgraded Japan in its World Press Freedom Index from 22nd place in 2012, to 53rd in 2013 and to 59th in 2014, following the enactment of the state secrets bill. Reporters without Borders says that “Japan has been affected by a lack of transparency and almost zero respect for access to information on subjects directly or indirectly related to Fukushima.”5
Meanwhile, there is another angle to the nuclear issue. On the opposite side of the anti-nuke crowd it is instructive to note that a sizeable pro-nuke coterie claim nuclear power is safe and also claim that few, if any, serious human health problems have arisen, or will arise, from radiation exposure. In fact, some nuke addicts even claim a “little radiation exposure” is good.
That, however, has been debunked via a recent (July 2015) landmark study concluded by an international consortium under the umbrella of the International Agency for Research on Cancer/Lyon, France where a long-term study for low radiation impact was conducted on 300,000 nuclear-industry workers. The study proves, beyond a doubt, there is “no threshold dose below which radiation is harmless.” Any amount is harmful, period.
Nevertheless, here’s one example of the pro-side:


The Fukushima incident will continue to attract media attention for some time to come, I imagine. It has become such a good story to roll with that it will not just go away. However, in sober reflection and retrospection one has to come to the conclusion that far from being a nuclear disaster the Fukushima incident was actually a wonderful illustration of the safety of nuclear power.6

Back to Fukushima, depending upon whom is the source, radiation exposure is (a) extremely harmful and deadly as levels of radioactivity are widespread throughout the greater region, including Tokyo, or contrarily, (b) radioactivity is at such nominal levels that people do not need to worry, or (c) the worst is yet to come. Thereupon the rubber meets the road, meaning the credibility issue encountered by outsiders looking inside Fukushima remains “who to believe.”
Meanwhile, the “world information system aka: Internet” is crowded with stories about melting starfish in the Pacific Ocean, dumbfounded whales, and massive animal deaths, enough so that people start connecting the dots in expectation that Fukushima radiation is omnipresent; however, to date, most of the evidence is labeled conjecture by various mainstream parties. Again, the problem is who to trust.
Regardless of whom to believe, it is now known for a fact, a hard fact, that Fukushima Daiichi Nuclear Power Plant No. 2 is missing its fuel within its core containment vessel. This leads to a world of unknowns, and the biggest question is: What can be done about a full meltdown should it occur (maybe it’s already occurred)? Then what?
A full meltdown would involve all of the fuel in the nuclear plant core melting and a mass of very hot molten material falling and settling at the bottom of the reactor vessel. If the vessel is ruptured, the material could flow into the larger containment building surrounding it, which is shielded by protective layers of steel and concrete.7


But if that containment is ruptured, then potentially a lot of material could go into the environment.8

What does a lot of material going into the environment really mean?
Sources claim deadly Cesiun-137, which is only one of many dangerous isotopes, is water-soluble and makes its way into soils and waters, as it quickly becomes ubiquitous in the ecosystem. The question thus becomes would a full meltdown turn lose this deadly isotope, as well as others, on the surrounding environment? Frankly, it kinda seems like it would.
Nobody knows whether Fukushima morphs full meltdown into Mother Earth, although the signposts are not good, and not only that but nobody knows what to do about it. Nobody knows what to do. They really don’t.
The only thing for certain is that it’s not good. Going forward, it becomes a matter of how bad things get.

Robert Hunziker (MA, economic history, DePaul University) is a freelance writer and environmental journalist whose articles have been translated into several foreign languages, published in over 50 journals, magazines, and sites worldwide.
He can be contacted at:rlhunziker@gmail.com. Read other articles by Robert. " Go to: http://www.globalresearch.ca/a-serious-meltdown-is-underway-the-fukushima-daiichi-plant-no-2-nuclear-reactor-fuel-is-missing/5479049
Posted by Gerard at 07:51