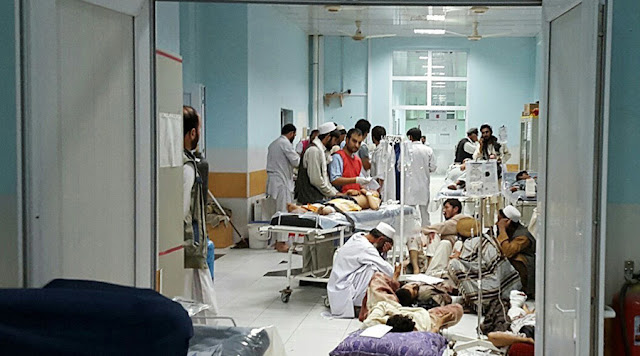 Quote; "Had the President of Nobel Peace Prize-winning Doctors Without Borders not warned us of the “imminent threat to global health” posed by the TPP, would these 22 doctors and patients have lost their lives early Saturday?
“I don’t know exactly how long, but it was maybe half an hour afterwards that they stopped bombing. I went out with the project coordinator to see what had happened. What we saw was the hospital destroyed, burning,” described nurse Lajos Zoltan Jecs of the U.S. bombardment of a hospital in Kunduz, Afghanistan.
Harsh criticism and skepticism surround what is being 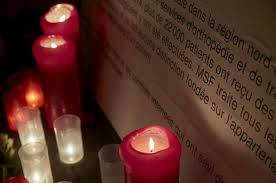 labeled an errant U.S. bombardment of a hospital in Kunduz that left 22 people dead — many of them volunteers with Médecins sans Frontières (Doctors without Borders, the humanitarian aid agency) — but doubt lingers about the vague official story for a reason.

Doctors Without Borders Calls Airstrike a War Crime
Why did they have to blow up the whole hospital?” pleaded Nasratullah, whose 25-year-old cousin Akbar was among doctors killed in the bombing. “We know that the Americans are very clever. If they can target a single person in a car from their planes, why did they have to blow up the whole building?”
The ostensible explanation according to rumor centered on reports Taliban forces had entered the location and were using the cover of the hospital to fire on coalition forces.
Christopher Stokes, MSF General Director, irately stated, “Not a single member of our staff reported fighting inside the MSF hospital compound prior to the U.S. airstrike Saturday morning. The hospital was full of MSF staff, patients, and their caretakers. It is 12 MSF staff members and ten patients, including three children, who were killed in the attack.”
Is something being overlooked?
“U.S. forces conducted an airstrike in Kunduz City at 2:15 am [local time] on 3 October against individuals threatening the force. The strike may have resulted in collateral damage to a nearby medical facility. This incident is under investigation,” stated international coalition spokesperson, Col. Brian Tribus.
“This attack is abhorrent and a grave violation of international humanitarian law,” declared MSF President, Meinie Nicolai. “We demand total transparency from coalition forces. We cannot accept that this horrific loss of life will simply be dismissed as ‘collateral damage.’” 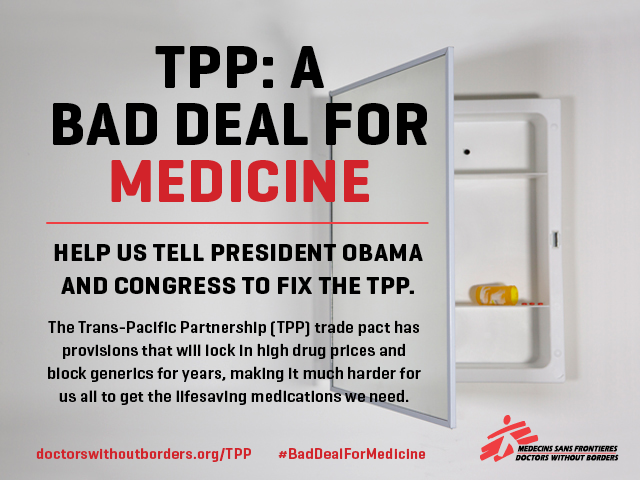 Reports from the scene indicate MSF had not only notified all warring parties in the region of the exact GPS coordinates for the hospital and its outlying buildings, but that doctors immediately notified forces the moment the hospital came under fire from a U.S. airstrike — and, even then, the attack continued for a full 30 minutes.
Stokes found that suggestion wholly inadequate, adding:
“Under clear presumption that a war crime has been committed, MSF demands that a full and transparent investigation into the event be conducted by an independent international body. Relying only on an internal investigation by a party to the conflict would be wholly insufficient.”
So why did the attack continue, much less happen in the first place?

If circumstances of any incident appear not to add up, it’s pertinent to thoroughly examine the current narrative for signs the State is attempting to mold public opinion — because it is there you will find the truth that you’re not being told.
In the case of MSF, a massive treaty cum trade deal involving U.S. interests in another part of the world from the tragedy in Kunduz can offer, perhaps, insight which might otherwise seem unrelated. As it turns out, MSF have been particularly vocal critics of the impending Trans-Pacific Partnership — and their criticism hasn’t gone unnoticed.
As reported in the National Journal in May:
“It’s not usual business for us, and the reason is because we’re very worried,” explained Judit Rius Sanjuan, who oversees Doctors Without Borders drug access campaign, in a phone interview. “We are doing anything we can to make sure the public is aware.”
Though the Nobel Prize-winning group has actively but reservedly opposed the massive TPP deal for years, recent letters to President Obama and a campaign of subway ads on the D.C. Metro show a more urgent, public push. Sanjuan admitted such a robust effort “is not usual practice for us.”
What is so pressing for the public to know that it led the group to abandon its typically subdued tone?
Simply, drug costs. Specifically, the intellectual property and patent laws that will favor drug companies should the TPP take effect.

Negotiations reached a head over the weekend for the 12-country Trans-Pacific Partnership, as Australia and the U.S. attempted to hammer out differences over intellectual property rules for next-generation biologic medicines.
Though the U.S. seeks to keep a 12-year period in place for pharmaceutical companies to retain exclusive rights over clinical data, Australian Trade Minister Andrew Robb reportedly won’t budge past a five year limit. At issue is data exclusivity — the longer the information is held, the longer it takes for generics to reach the market.
“Australia’s current arrangements are completely adequate and any proposed changes are non-negotiable, this is a red line issue for us,” asserted Robb.
After five days of marathon talks for the TPP in Atlanta, negotiations were pushed back again — but a vote could come as soon as Monday night.

“It would force them to change the law of many of these countries that are currently negotiating to create new intellectual property protections for pharmaceutical drugs, including but not limited to patents,” Sanjuan explained about the deal as exposed by WikiLeaks in 2013. “The effects of these new obligations would limit generic competition and therefore increase the cost of medicine.”
This has put Médecins sans Frontières “at odds with the White House,” as the National Journal delicately described. A recent letter to Obama from MSF clearly alluded to the humanitarian nature of the group’s opposition to the trade deal:
“MSF believes this is essential to closing the gap in access to medicines to millions of people around the world. The TPP could be an opportunity to make significant progress toward these goals. Instead, in its current state, the TPP is a threat to the health of millions.”
As evidenced in the Kunduz hospital bombing and numerous military campaigns in the Middle East and elsewhere, the human toll likely isn’t the priority first called to mind by the U.S. government.
Profit, on the other hand, must be protected no matter the human cost.
After this attack, MSF decided to pull its operations from Kunduz for the foreseeable future. As Jecs lamented,
“The hospital, it has been my workplace and home for several months. Yes, it is just a building. But it is so much more than that. It is healthcare for Kunduz. Now it is gone. What is the benefit of this? Destroying a hospital and so many lives, for nothing. I cannot find words for this.”
Was Doctors Without Borders accidentally bombed by US -- or is there something we're not being told? With the number of questions being raised, we will continue to look into the incident further.
UPDATE: Doctors Without Borders released a statement following the conclusion of TPP negotiations in Atlanta:
“Doctors Without Borders/Médecins Sans Frontières (MSF) expresses its dismay that TPP countries have agreed to United States government and multinational drug company demands that will raise the price of medicines for millions by unnecessarily extending monopolies and further delaying price-lowering generic competition. The big losers in the TPP are patients and treatment providers in developing countries. Although the text has improved over the initial demands, the TPP will still go down in history as the worst trade agreement for access to medicines in developing countries, which will be forced to change their laws to incorporate abusive intellectual property protections for pharmaceutical companies.”" Go to: http://theantimedia.org/doctors-without-borders-bombing-tpp/ 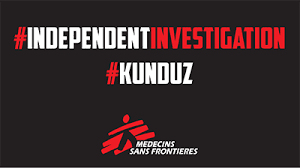