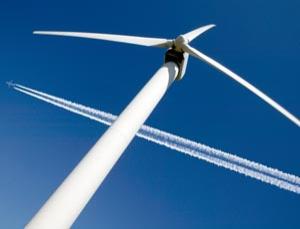 Quote: "...because all along, the myth that wind farms conflict with military radar systems was propagated in order to sell Lockheed Martin technology ! http://www.qinetiq.com/what/capabilities/energy/Pages/wind-turbines.aspx http://www.newscientist.com/article/dn18032-stealthy-wind-turbines-aim-to-disappear-from-radar-screens.html http://www.fas.org/irp/agency/dod/jason/wind.pdf

Wind farms never posed any problem to military radar systems - it was all dreamed up to force the wind power industry to bailout the military technology supply companies with new lucrative contracts...  " With thanks to Jo Abbess of the Media Lens Message Board.

Quote: "For all their environmental appeal, wind turbines have few fans in the military or among air traffic controllers. Strange as it might seem, radar systems easily confuse the turbines' rotating blades with passing aircraft. Now a company has developed a "stealthy", radar-invisible blade that could see many more wind farms springing up across the UK and elsewhere.
The concern over wind turbines is delaying their deployment. According to the UK Government's Department of Energy and Climate Change, plans for over 5 gigawatts of wind power are currently stalled by aviators' objections . " See second link given above.
Posted by Gerard at 15:07