"The European Arrest Warrant Should be Applied to this Bunch!"

Marvelous "Double-Think" going on this week (it's where to start is all), pick & choose "Democracy" from the U.K Govt.! Right we don't want "The European Convention on Human Rights" so we'll discuss that but we do want "The European Arrest Warrant" so we won't discuss that (having openly declared that the E.U Arrest Warrant would indeed be discussed in The House)! We don't support the current E.U structure but we will collude in denying The Scots the chance to vote on an independence that won't break the bank! We now see this Real Politik in all our representational institutions from local government to the United Nations. Monetarism's Social Darwinism is becoming more evident, the Transatlantic Trade and Investment Partnership being the vehicle by which the transatlantic neo-con agenda (now the driving philosophy of NATO), is being rammed through the European Body Politic to the borders of Mother Russia herself (and throughout Turkey and -by extension-, The Middle East as-well). How has Pallas Athena offended us so badly as to provoke us to perpetrate these obscenities? Well for one thing The European Union is too big ( http://research.calvin.edu/german-propaganda-archive/oder.htm ), as Schumacher intimated in "Small is Beautiful";  "a "Greater Europe" will represent an unsupported socio-economic structure and must collapse" (and now the NATO agenda has created precisely the dangerous leviathan necessary to do the demolition work)!
Why should not The Poles (who "don't like" The Germans and consistently produce the lowest turn out of any E.U nation in European elections), The Western Ukrainians (bye bye Crimea!), and the other recently assimilated Eastern European States* attend to their own business? Such would surely be both socially and financially better for all of us.
Take the debacle over the Shengen agreement. Really Mr.Major? Your country's citizens got nothing out of that, is Europe only for the businessmen then? It seems so (quote; "The free movement of persons was a core part of the original Treaty of Rome" go to: http://en.wikipedia.org/wiki/Schengen_Agreement ). One would think that it would be the job of our country's "liberal-left" to point out the "diminishment of persons" that not becoming signatories to The Shengen Agreement represented but noooo as so often where European politics is concerned there was a terrible silence in the "oppositional barn".
We can however sleazily expel a rabble rousing inciter of terrorism to the whited sepulcre of his native land because the rest of Europe doesn't really want to be implicated in our extraordinary rendition problems (partly because of their own involvement but mostly because there is TTIP and other money involved -"investments" which would be jeaporidised by exposing Britain-)! 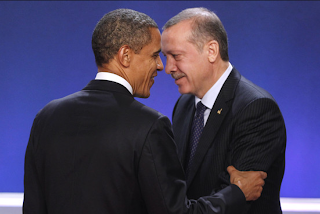