Will the U.S be so Vociferous or Vehement about its own Oil Companies' Environmental Abuses?

Quote: "January 23, 2015, during the World Economic Forum in Davos, Chevron received the "Prize of Shame". The award highlights the world's most irresponsible corporations. NGOs blame Chevron for "the ecological disaster caused by the oil exploitation in the Ecuadorian rainforest".

From the sixties until 1990, the oil giant Texaco, that was bought by Chevron, extracted billions of gallons of crude oil from the Ecuadorian Amazon rainforest and generated gigantic revenues for the company. But this intensive extraction caused enormous damages to the environment. When Texaco left Ecuador in 1992, it left behind a thousand pits all over the area. About 18 billion of gallons of toxic water continue to seep into the soil and flow to the rivers. This polluted water is used by the local population to drink, to wash and to fish. 30.000 Ecuadorians, victims of this pollution, filed a lawsuit against Texaco/Chevron, calling for compensation and asking Chevron to take charge of the cleaning of the water.
The Court of Lago Agrio in Ecuador inspected 54 sites exploited in the past by Texaco/Chevron. All of them show a level of pollution due to oil, almost 1000 times over the international standard. This widespread pollution took place on an area of 1500 square kilometers in the Ecuadorian Amazonia. And people live in this area." Go to: http://www.rt.com/shows/documentary/314335-ecuador-poisoned-rainforest-texaco/ 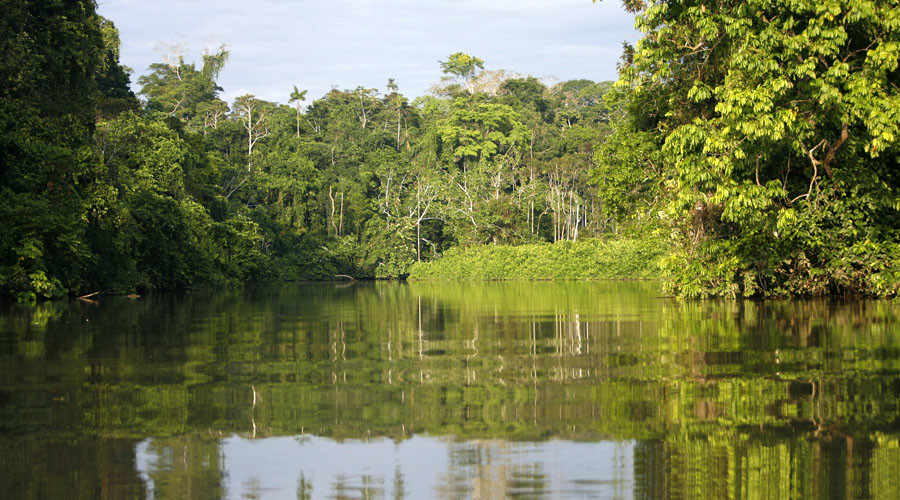 Not for one moment am I suggesting that B.P and Shell haven't (or wouldn't to the same extent given the opportunity have), committed similar crimes in the region themselves, only that this time the blame and financial responsibility rests on their nation's shoulders.

Quote: "It must be said however that B.P are totally responsible for the actual accident (within the parameters of previously current* -and recently passed-, U.S industry practises, legislation and standards), however the responsibility for the ethos of exploitative and fast-buck practises is the industry's. I'm not an expert but wasn't/isn't (?) America the most influential oil producing/exploiting nation on the planet? The fact that following the accident B.P were attempting to cobble-together a deep-water salvage/repair unit out of a couple of rusty bath-tubs on Uncle Tom's Louisiana dockside is the whole industry's responsibility. The British Government should make clear on B.P's behalf that whilst B.P accepts responsibility for the accident and it's aftermath it cannot accept sole responsibility for the climate of exploitation that has been engendered in the industry as a whole. There should be a limit to the financial burden placed on B.P and responsibility for the rest of the environmental and social consequences of the disaster should be born by the industry (including the national governments of countries which profit from the presence of major private oil-companies on their soil ).

(Edit 04/01/11 ....we should offer to do as much as we possibly can to clean up what is undoubtedly our own mess and help to ensure that such a ridiculous disparity between the preparedness for disaster and the risks involved in the off-shore oil industry does not occur again.)

Economists note: If we did prepare properly for all possible eventualities within the oil industry (in terms of possible disaster scenarios involving all activities from oil-well to consumption), how much would it affect the profit margins?
Also, if the possible economic consequences of continuing to exploit this resource are so serious and the possibility of disaster so real, do we not conclude that we require far more investment in sustainable above ground (but not above water), fuel production methods?

The venom with which U.S "liberals" have gleefully attacked British Petroleum for their irresponsible and juvenile behaviour in The Gulf of Mexico would have been fully deserved (when coming from them), if only they had also been equally castigating their own industry for its failures. As a political truth it is also an environmental one; we are foolish to associate ourselves with those who wish only to exploit us, there is no entity to whom one can appeal just a paper-tiger, at least here in Britain we are guided by the experienced hand of a real living human who is actually capable* of answering for her own actions. The Tea Party exist coincident with the firmest of embraces between The Old Country and The New, this alone should indicate the unhealthy nature of our current relationship (and the "Trade Partnerships"" T.T.P and T.T.I.P are the next step this exceptional nation wishes to take down the road to global manifest destiny -excessive when "one" realises that without their Special Relationship with China they could not even be contemplating such maneuverings-) . American "liberals" have been "disguising themselves" as neo-fascists since The War...("oh s**t* don't tell me they're for real!"), ..it surprises me not-one-whit that the British are now actually considering contemplating electing a socialist prime minister.