"Lowest Common Denominator; Austerity's "Mugging" of The Mentally and Physically Disabled" (and the 10,600!)

Quote: "Attacks on the mentally ill, help us put the pressure on...

Respect For the Unemployed & Benefit Claimants
United Kingdom
4 Jul 2014 — A widow was horrified when a letter arrived for her late husband saying he had won his appeal against his sickness benefits being axed. He died of a heart attack in February this year.

Yvonne, his wife of 23 years, claims the stress of losing his benefits, and of launching an appeal against the decision, caused his death.

She told Department for Work and Pensions bosses Graham had died, but they still invited him to attend an appeal hearing - and wrote again a few days later to say he was eligible for Employment and Support Allowance for at least the next 24 months.

Yvonne of Radcliffe, Manchester, said: “Graham would surely be alive today if it was not for the stress." Petition demanding a public inquiry, go to: https://www.change.org/p/we-the-people-demand-a-public-inquiry-be-held-regarding-the-systematic-abuse-of-benefit-claimants-in-regard-to-benefit-sanctions-targets-workfare/u/53b680d5d6b0ce5efe00cad0?tk=pWFMFqbhuXe0gM-qu73YYnCwXWo6AacDOYzwd4tg6zA&utm_source=petition_update&utm_medium=email&utm_campaign=petition_update_email

Quote: "The 10,600 figure comes from this awful, impenetrably written Freedom of Information response, from July 2012. It says that "In total, between January 2011 and November 2011, some 10,600 claims ended and a date of death was recorded within six weeks of the claim end." But I've spoken to the DWP, and while that figure is correct, the "within six weeks" bit, bizarrely, does not mean "within the following six weeks": it means "within six weeks either side".
What that means is that the large, presumably overwhelming, majority of those 10,600 people died, and then their claims ended because they were dead.
And, of course, the majority of the people who died – 7,100 – were in the "Support  Group", that is the most in need of support. When you think that these people are dying after the claim ended, that looks awful and bizarre. But when you know that it's both before and after, it makes sense, because, as the FOI response puts it:


It would be expected that the mortality rate amongst those on incapacity benefits recipients would be higher than that in the general population as some people receive incapacity benefits due to life-threatening conditions or terminal illness.Those in the Support Group receive unconditional support due to the nature of their illness, which can include degenerative conditions, terminal illness and severe disability.

I asked if the DWP has any records of how many people did in fact die after their claim ended, but they said they didn't keep those figures. It would be absolutely amazing, though, if they made up more than the tiniest fraction of that 10,600 figure.
The DWP spokeswoman was keen to say that the Big Issue has reported the issue properly: the deaths did occur "within six weeks" of the claim ending. I would say that any natural reading of that implies that the six weeks are after the death, but since the DWP's own document uses that language, they've got no one to blame for the misunderstanding but themselves. Nonetheless, the story here is not "10,600 people die right after they're told they're fit to work", but "the DWP's record-keeping system is efficient enough to stop paying people disability support within six weeks of them dying".
The case studies that the Big Issue reports are still appalling, of course, and it sounds as though by Atos's own admission their contract has been a failure. But the "10,600 people die after being declared fit to work" stat, which is in danger of becoming received wisdom, is simply not true." .........

Quote: "Interestingly, now that Atos are able to comment on the contract, (having walked away from it) this is exactly the issue they are keenest to clear up. So I'm sure they'll be very grateful for your public explanation Tom.
How very arbitrary to write a blog explaining how thousands of people have not died as a direct result of government policies when it is incontrovertible that hundreds have at the very least. I can send you links to every last one of them if you like? Those "case studies" as you refer to them??? Coroners are confirming it all around the country.
But the very fact this issue has made it anywhere near the pages of the Telegraph shows that even IDS fiercest allies will soon no longer be able to turn a blind eye to his numerous failures.
That you are spending your time explaining a point of order for Atos Healthcare rather than doing the job of journalist and reporting these issues with even a hint of balance is why traditional media is dying through lack of trust." ....and.....

Quote: "I went to a meeting with the DWP select commitee recently.
I listened to all the stories, of abuse of the disabled, by the government
and by Atos. The people wrongy signed off benefits, and left to starve.
I met a woman with parkinsons disease, she was too weak to raise her arm
to ask the commitee a question. She was worried about losing her benefits
And there was a nurse, whose patient committed suicide, because his
benefits were sanctioned, and he had no money to live on.
The welfare cuts are killing people. When Dennis Skinner brought it up
in Parliament, the best David Cameron could do, was shrug his shoulders.
Even Milliband was emotionless.
Mark Wood lived in David Cameron's constituency. He had his benefits cut
and starved to death. At the time of his death, he weighed 5stone.
Sounds like a failure Tom? The decision to cut people's benefits, was a contributing factor, if not a cause of these people's deaths.
Those people died because the government
cut their benefits, and no one picked up the pieces when they needed help." Go to: http://blogs.telegraph.co.uk/news/tomchiversscience/100279306/the-10600-people-died-within-six-weeks-of-being-declared-fit-to-work-by-atos-stat-is-simply-wrong/ 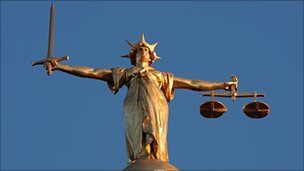 The legal aid changes have been criticised by members of the legal profession.
Ministers are being urged not to restrict legal aid for disabled people wanting to challenge benefit decisions.
A coalition of charities including Scope and Mind argues that limiting access to "vital" help in England and Wales would harm vulnerable people.
Labour says the plans due to be debated by MPs later are "unprincipled".
But the government insists the £2bn legal aid bill is unaffordable and help has to be targeted at the most serious cases and those most needing support.
Ministers are looking to prune £350m from the civil legal aid budget by 2014-5 as part of cuts across government to reduce its deficit.
Justice Secretary Ken Clarke has argued that the legal aid bill has spiralled in recent years and, with resources being squeezed across Whitehall, only cases where life or liberty are at stake should be routinely funded out of the public purse.
It is thought there will be 500,000 fewer civil cases as a result.
'Serious impact' The 23 organisations, which also include Mencap, the RNIB and Leonard Cheshire, want MPs to back an amendment to the Legal Aid and Sentencing Bill - put forward by Lib Dem Tom Brake - reversing the decision when the proposed legislation is debated.
The disability rights groups say the changes mean up to 80,000 people will no longer be able to get access to publicly funded legal advice to help them challenge benefit decisions.
Campaigners say those affected will not be able to find legal help elsewhere and it could have a "serious impact" on their finances and peace of mind - making it harder for them to return to work in the future.

Richard Hawkes Chief executive, Scope "Legal advice is vital for disabled people if they fall foul of poor decision-making, red tape or administrative error," Scope's chief executive Richard Hawkes said.
"For welfare reform to work, disabled people have to get support to appeal decisions relating to their benefits, especially within a system where errors are commonplace.
"Cutting legal aid in this area will make it harder for disabled people to get the right support and ultimately could drive more people further away from work."
Citizens Advice has warned the plans could be counter-productive since the £16m in anticipated savings will be exceeded in the long-term by the costs to the state as peoples' problems "spiral out of control".
'Cuts targeted' The Ministry of Justice said the move was necessary as part of plans to scale back the legal aid bill.
"We have one of the most expensive legal aid systems in the world which in the current financial climate we just cannot continue to afford," a spokeswoman said.
The review of legal aid, she added, would ensure it was "targeted at the most serious cases and those who most need legal support".
"Legal Aid will continue to be available in many types of cases including where someone is at risk of serious violence, losing their liberty or their home, or where children may be taken into care as well as for mental health, community care work, and child abduction."
'Economically unsound' But Labour said the proposals would limit access to justice to those who could afford it.
"Receiving legal advice to prevent escalating housing, welfare and debt problems has been shown to save the taxpayer money further down the line, demonstrating just how economically unsound as well as unprincipled the plans are," shadow justice secretary Sadiq Khan said.
"Savings must be made to bring the legal aid budget down but it should be through other areas such as retendering criminal law contracts, not by restricting access to legal aid for those in greatest need."
Following a public consultation earlier this year, Mr Clarke amended the plans so as to protect access to legal aid for victims of domestic violence in private family cases and for children at risk of abuse or abduction." Go to: http://www.bbc.co.uk/news/uk-politics-15512827


There's a lovely brand new Electro-Convulsive Therapy ("Suite"), in Antelope House The Royal South Hampshire Hospital's new psychiatric in-patient unit (a unit which is the most de-humanised place of incarceration I have ever visited, no provision is made for the emotional being, it is utterly denuded of compassion -you'd be better off not telling them you're crazy and going to prison instead-).