..or; "Who's Been Eating Whose Porridge?"

It's a murky scene, somewhere in the haze you can just make out the bared rump of the Tory Party and is that a "comb-over" I see disappearing in the miasma? 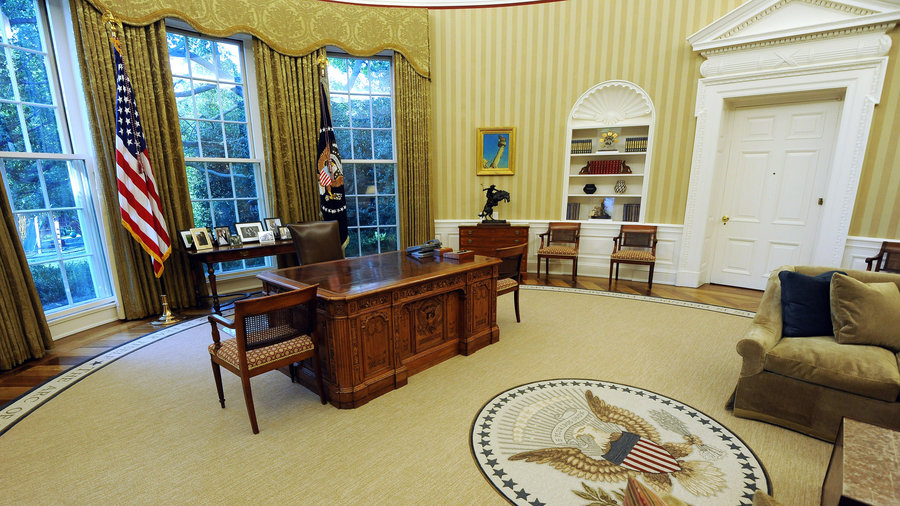 So why all the subterfuge? Well if you had a system of predicting and even "minority reporting" on the behaviour of electorates that informed all the polls, surveys and media prior to the expression of that same electorates democratic rights you'd try and keep it as quiet as possible because it would give you tremendous power (if you also controlled the pollsters and the -mainstream-, media), to influence that electorate. This would, if one were sufficiently unscrupulous, allow one to "bend" such polls to give deliberately skewed results when hoping to achieve a certain outcome, based on your prior predictions which themselves are based on the previous voting behaviour of that electorate and all the "intermediate" (or "Big"), data that is used to generate the algorithmic profiles which determine the demographics* (see; "Squaring the Circle" mid-page), on which such epidemiology is itself based (one can however argue about the validity of decisions based on this data..and see the result as our Trumps have literally been playing Russian Roulette! Desperate people do desperate things one doesn't need to trawl The Big Data to know that).

*Some may say; "but weren't these demographics in existence already?" Well yes some were but all of the samples now include profiles for new groups and subsets which have been defined by those with a deep ulterior motive, the profit motive* and those pre-existing have also been tarred-with-the-same-brush which has led to the infection of their "intersectionalities" (a deliberate act), now the notion that egalitarianism has left the science of epidemiology may not be a subject of deep concern to all but that I believe is the point, for this "arafel" obscures the truth and will never reveal it.

*I refer of-course to that little touch of kitsch known as "The Mosaic".. 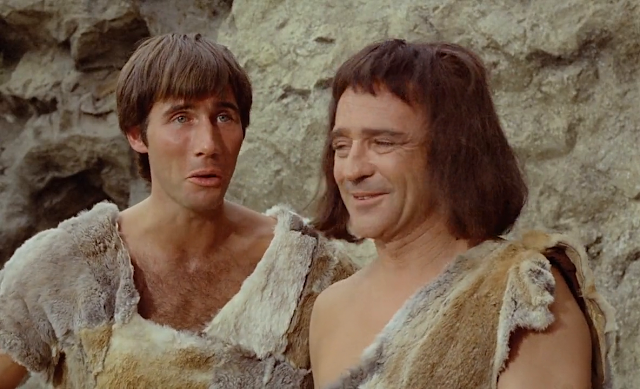 ..and it's funny how it's the deadpan that upsets..but the spectacle of a Former Senior Vice President at Lockheed Martin's inability to ford the wide Missouri for the sake of the American People is disturbing.. 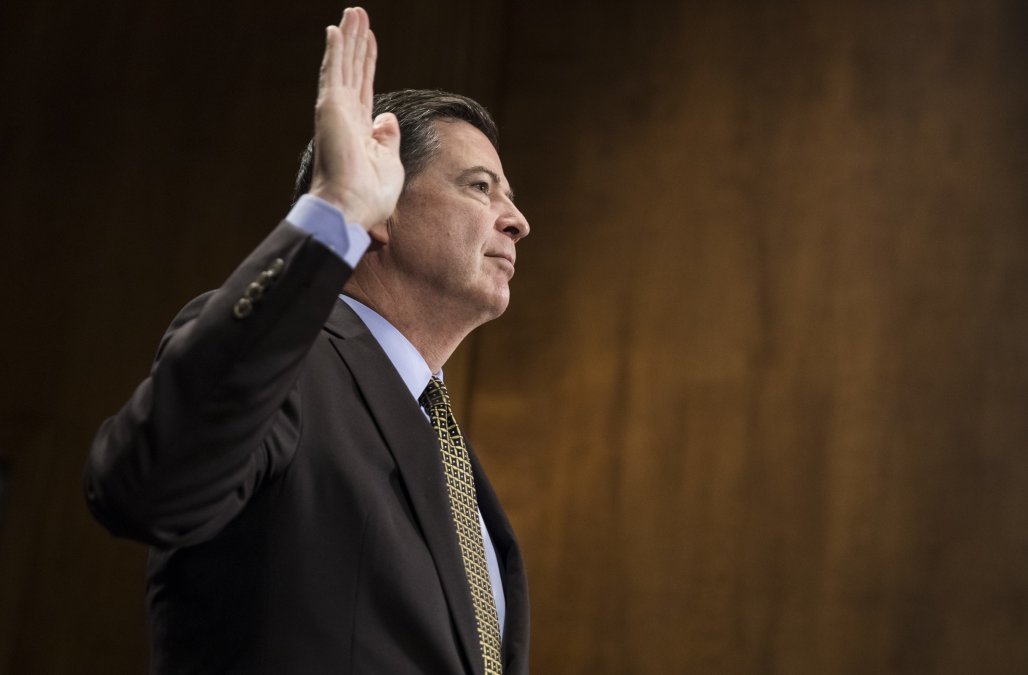 ..or was it just his unfortunate name that got him fired?

Quote; "The author of the site has been digging pretty deep to figure out possible links and connections between not just Trump and Putin, but a large, tangled web of U.S. and Russian officials and companies.  This particular post lists at least 61 connections (and counting). Some of them previously reported and some that are not yet fully understood.
Here is the list:

1. His son in Law is Jared Kushner, the former owner of the Observer. The Observer received the DNC hacks from Guccifer 2.0 who is rumored to be a Russian agent.
2. Jared Kushner’s parents were friends with Netanyahu who has forged an alliance with Putin.
3. His Chief Strategist is Steve Bannon. Bannon is the CEO of Breitbart, with the Mercer family having majority ownership.  The Mercers, along with Bannon are heavily involved in Cambridge Analytica a data gathering firm. Cambridge Analytica’s parent company is SCL Group, which lists Dmitry Firtash as a board member. Breitbart and Bannon have extensive ties to the far right movement in Europe which is also funded by Putin*." Go to: http://www.bluedotdaily.com/trumprussia-ties-found-to-go-far-deeper-than-anyone-imagined/ For full list and article.

*This makes sense in terms of Russian foreign policy because clearly it is The Wider European Adventure to which Mr.Putin (understandably), objects, but unfortunately for the rest of us he has also proven himself utterly unscrupulous in the pursuance of his aims (be they perhaps more modest and somewhat better considered than that of The State Dept. but maybe that's just absolute power corrupting absolutely). 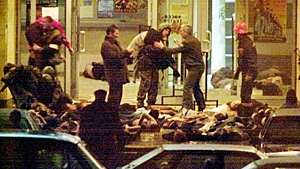 ..and how does funding for such find its way into our system? Even The Guardian agrees; ..

QUOTE; "We already know that a vast payment was made by Northern Ireland’s Democratic Unionist party (DUP) for a newspaper advertisement urging people to vote for Brexit. Remarkably, this ad was not circulated in Northern Ireland, but only in England and Scotland.

This might suggest that someone was making use of Northern Ireland’s secrecy regime. Political donations there remain hidden from view. Funders wishing to disguise their identities can use Northern Ireland as a back channel into UK politics. After sustained pressure, the DUP revealed that the money came from a donation of £425,622, passed through an organisation called the Constitutional Research Council.

But the original source remains a mystery. Though electoral law in Great Britain states that “a donation of more than £500 cannot be accepted … if the donation is from a source that cannot be identified”, the DUP claims that it doesn’t need to know who provided this money. All we know about the Constitutional Research Council is that it’s run by a man called Richard Cook, who lives in a small house outside Glasgow. He seems unlikely to have been the original source. What else do we know about him? OpenDemocracy discovered that in 2013 he helped found a company called Five Star Investments, 75% of which was owned by Prince Nawwaf al-Saud, former head of Saudi Arabian intelligence. Nawwaf’s son is currently the Saudi ambassador to the UK.

There is currently no known connection between these facts, and Cook has denied any foreign funding for the CRC. But he has not yet answered calls from openDemocracy or the Guardian. Though the Electoral Commission was asked 11 months ago to investigate, it has done nothing." Go to: https://www.theguardian.com/commentisfree/2017/may/17/dark-money-democracy-billionaires-funding
For full article.


Quote; ""in recent years, Caddell has offered political advice to Trump. He has not worked directly for the President, but at least as far back as 2013 he has been a contractor for one of Trump’s biggest financial backers: Robert Mercer, a reclusive Long Island hedge-fund manager, who has become a major force behind the Trump Presidency.

During the past decade, Mercer, who is seventy, has funded an array of political projects that helped pave the way for Trump’s rise. Among these efforts was public-opinion research, conducted by Caddell, showing that political conditions in America were increasingly ripe for an outsider candidate to take the White House. Caddell told me that Mercer “is a libertarian—he despises the Republican establishment,” and added, “He thinks that the leaders are corrupt crooks, and that they’ve ruined the country*.” http://www.newyorker.com/magazine/2017/03/27/the-reclusive-hedge-fund-tycoon-behind-the-trump-presidency

*So it's o.k to use "bent" methods to oust them? No wonder they want his head..Ah the cause of liberty ne'er did run smooth...

Quote; "It was $10m of Mercer’s money that enabled Bannon to fund Breitbart – a rightwing news site, set up with the express intention of being a Huffington Post for the right. It has launched the careers of Milo Yiannopoulos and his like, regularly hosts antisemitic and Islamophobic views, and is currently being boycotted by more than 1,000 brands after an activist campaign. It has been phenomenally successful: the 29th most popular site in America with 2bn page views a year. It’s bigger than its inspiration, the Huffington Post, bigger, even, than PornHub. It’s the biggest political site on Facebook. The biggest on Twitter.
Prominent rightwing journalist Andrew Breitbart, who founded the site but died in 2012, told Bannon that they had “to take back the culture”. And, arguably, they have, though American culture is only the start of it. In 2014, Bannon launched Breitbart London, telling the New York Times it was specifically timed ahead of the UK’s forthcoming election. It was, he said, the latest front “in our current cultural and political war”. France and Germany are next."..
"But there was another reason why I recognised Robert Mercer’s name: because of his connection to Cambridge Analytica, a small data analytics company. He is reported to have a $10m stake in the company, which was spun out of a bigger British company called SCL Group. It specialises in “election management strategies” and “messaging and information operations”, refined over 25 years in places like Afghanistan and Pakistan. In military circles this is known as “psyops” – psychological operations. (Mass propaganda that works by acting on people’s emotions.)*." Go to: https://www.theguardian.com/politics/2017/feb/26/robert-mercer-breitbart-war-on-media-steve-bannon-donald-trump-nigel-farage For full article.

Quote; "Two right-wing think tanks attacking a universal healthcare bill in New York State are funded – and in one case governed – by hedge fund billionaire Robert Mercer and his family. Mercer, who helped propel Donald Trump into the White House, is co-CEO of a hedge fund that manages billions of dollars in investments in the pharmaceutical and insurance industries.
On May 19, a group called Reclaim New York published a post on its website slamming the New York Health Act, a bill to create a universal, single-payer healthcare system which has gained support amid fears of Congressional Republican plans to slash Medicaid spending and expand insurance companies’ ability to deny claims. Three days later, Bill Hammond, the health policy director of the Empire Center for Public Policy, published an op-ed in the New York Post calling the bill a “lunatic push for single-payer healthcare.”"..
"Besides running contrary to Robert and Rebekah Mercer’s extreme right-wing ideology, a universal healthcare plan in New York State has the potential to impact the family’s bottom line. Robert Mercer is the co-CEO of Renaissance Technologies, a hedge fund with significant investments in health insurance and pharmaceutical companies, two sectors to which universal healthcare presents a major threat.
The number 5 and number 11 companies in Renaissance Technologies’ portfolio are the health insurance companies Humana and Aetna. The firm’s 2.7 million shares of Humana were worth $555 million and its 3.1 million shares of Aetna were worth $397 million at the end of the first quarter of 2017. Universal healthcare would eliminate the need for most New Yorkers to buy insurance from private companies, though private insurers could offer coverage for medical care not covered by the universal plan." Go to: https://news.littlesis.org/2017/05/24/mercer-family-front-groups-attack-universal-healthcare-bill-in-new-york-state/
For full article. 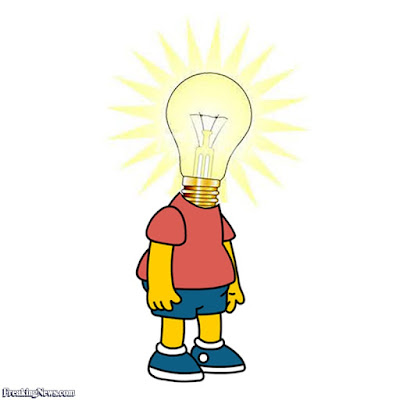 Quote; "From the outside, the red brick row house doesn’t look like much – an ordinary Washington, D.C. residence, just a short walk from the Supreme Court. But as the nerve center for Breitbart News, the embassy has in just a few short years become an influential address in the nation’s capital.
Bannon himself rarely talks publicly about the worldview at the center of his politics. It’s one reason why for all his influence inside the West Wing, he remains one of the most enigmatic figures in American politics.
Since the time Bannon took over Breitbart in 2012, however, the site has served as a laboratory for his brand of “America first” populist nationalism. Breitbart readers — including Donald Trump himself — have embraced stories on everything from “black-on-black violence,” Islamist terrorism, violence by immigrants, a corrupt globalist elite and culture under assault. Under Bannon, Breitbart not only became a dominant media force in GOP politics, but also a springboard for him into the Trump orbit." Go to: http://www.pbs.org/wgbh/frontline/article/who-is-steve-bannon-the-view-from-four-breitbart-staffers/?utm_source=TWITTER&utm_medium=social&utm_term=20170525&utm_content=910931105&linkId=37980644 For full article and video (incl. "Bannon's War") 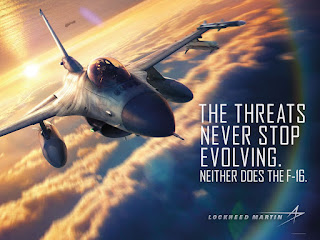 Quote; "Saudi Arabia and the Emirates have now bitten off more than they can chew.
Their first miscalculation was to buy the Trump narrative. When you purchase a Trump product, you buy a lot more with it. There are side effects, not least the sheer amount of resentment, hostility and resistance Trump himself has created at home.
This is not inconsiderable when you review who resents Trump - the CIA, Pentagon, State Department, senators of all colours, and the judges. This is not just America’s deep state, but if it were only them, they are enough to be going on with." Go to: http://www.middleeasteye.net/columns/why-campaign-against-qatar-doomed-1663040860 For full article.
Posted by Gerard at 13:08