"Burning Flag" The Rage of The Caliphate 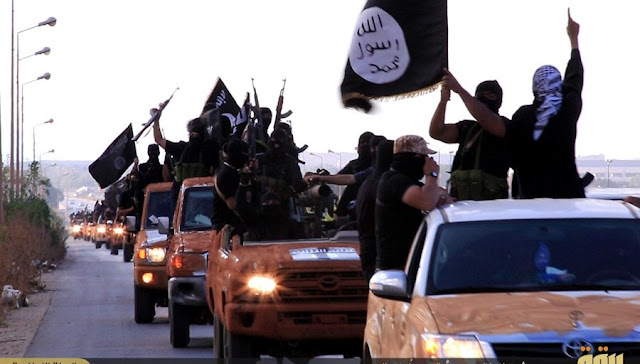 The actions of Islamic State ("I.S"), are not  those of the true iconoclast for they are too closely associated with the regime that bore them,  I.S are not so much a "caliphate" as a cypher. "Terrorism as cliche" is enormously effective; "death on the beach" was nascent urban legend until I.S came along, the nightmare of attack on the vulnerable tourist industry having been lurking in our psyches since 9/11 I.S had the power to make it real! Terrorism was never more precisely demonstrated, a realisation that should lead us to the conclusion that somehow an accommodation must eventually be reached with The Caliphate (we cannot win this war if we try "we" -the people-, will inevitably lose), our repressive states won't reach one but that's pretty much the point they don't really want one! I.S's appropriation of style and technology is pure Hollywood and owes much to "The United Technocracy" this Frankenstein's Monster wishes to destroy (and infact Osama Bin Laden although he is known to have opposed The Caliphate), and it is such closeness in terms of psychology that has made us so vulnerable, I.S know where it hurts, the "Black/Grey* Flagging" "Illuminati" are now depending on this to strike-fear and-loathing into all our hearts. 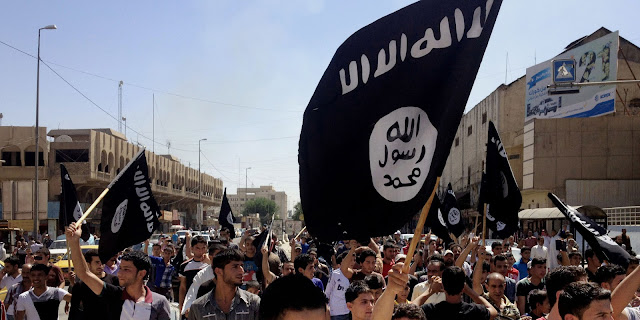 *Whereby one does not act to prevent an act of terror the reaction to which will serve to justify, popularise (or simply "make palatable"), and perpetuate a policy of increased surveillance,oppression and military "intervention".
Posted by Gerard at 01:24