Gas Insulated Lines or GIL are perhaps the most promising technology that can deliver reliable, efficient, high capacity underground electricity transmission. For that reason alone, we all need to understand the rudiments of this technology,its benefits and costs.

Patents for GIL have been held since the 1960’s and in Germany, engineering giant Siemens has had a system running beneath the black forest for over 30 years. And in all that time it has run faultlessly, exhibiting no degradation. So GIL is not a new technology.

GIL development is not restricted to Germany though. In Korea, manufacturing company LS Cable & System now manufacture GIL and the above large picture shows a section through their product. Japan and America also have their own manufacturers with Japan having a very early successful implementation of the technology running for years. So GIL is a worldwide technology.

You will see from the large picture above that GIL is an essentially simple technology. A long while ago, it was discovered that the majority of the energy flowing in a high capacity transmission cable actually flows through the outer part of the conductor. So if you don’t need the core of the conductor, why have one? Hence GIL being based on the tubular aluminium design you see above.

GIL is in fact a tube within a tube. The inner one conducts the electricity, the outer contains the insulating gas. The two are kept apart using epoxy (as in Araldite) spacers. Once assembled, the sections of GIL that form a complete transmission system are filled with a pressurised mixture of gasses, 80% nitrogen (which you are surrounded by right now) and 20% sulphur hexafloride. This last gas is a greenhouse gas and so stringent precautions are taken to prevent leakage.

Assembly of GIL (shown top left) involves bringing lengths of the aluminium components to site and flawlessly welding them together using fully automated welding machines that X-ray the weld continuously to test for weld quality.

GIL can be installed in a number of ways which include direct burial and wall mounting in a tunnel (pictured above left). Whilst direct burial has been done in Europe, tunnel mounting brings benefits of serviceability and upgradability. This is because GIL has the enormous benefit of giving out very low heat and electromagnetic emissions compared with cables. In turn, this allows GIL to be racked close together on tunnel walls. If you need to increase capacity, you simply add more GIL lines into the tunnel. And because the emissions are low, engineers can service one GIL while all the others are live. This is not possible with underground cable transmission systems.

We are indebted to Siemens for the images below which illustrate how GIL can be installed. The key point to note is that GIL in tunnels have a very small footprint in the landscape when compared to either underground cables or overhead lines." Go to: http://www.s258888288.websitehome.co.uk/Underground/GIL.html 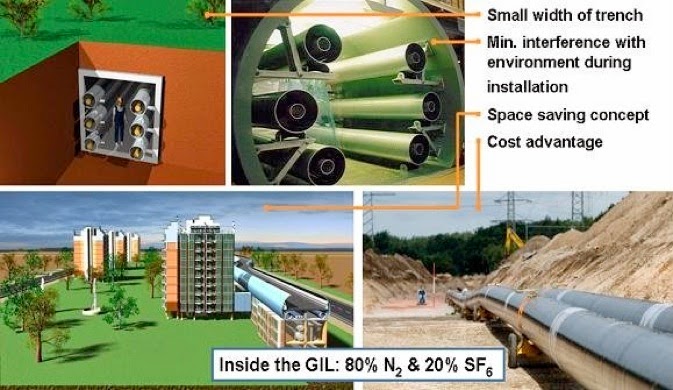 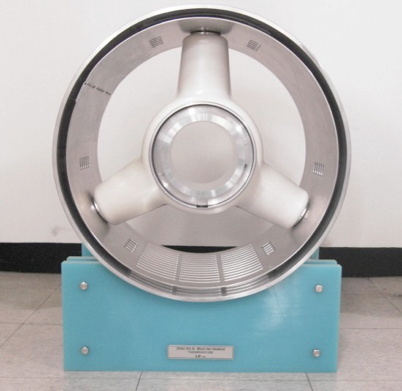 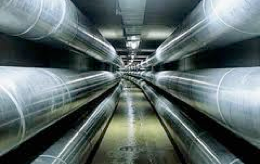