Quote; "An inquiry into child sex abuse claims involving ex-Prime Minister Sir Edward Heath is exploring a "significant number" of lines, police say.
Wiltshire Police Chief Constable Mike Veale has defended Operation Conifer, insisting it is not a "fishing trip or witch-hunt".
He said officers had received "allegations spanning a significant number of individuals".
It emerged last month that two people had been arrested and bailed.
Former Conservative prime minister Sir Edward died at his home in Salisbury in July 2005, aged 89.
In an open letter, Mr Veale said he would not be "buckling under pressure to not investigate or to conclude the investigation prematurely".
He said he wanted to "set the record straight" amid press reports the inquiry was floundering. 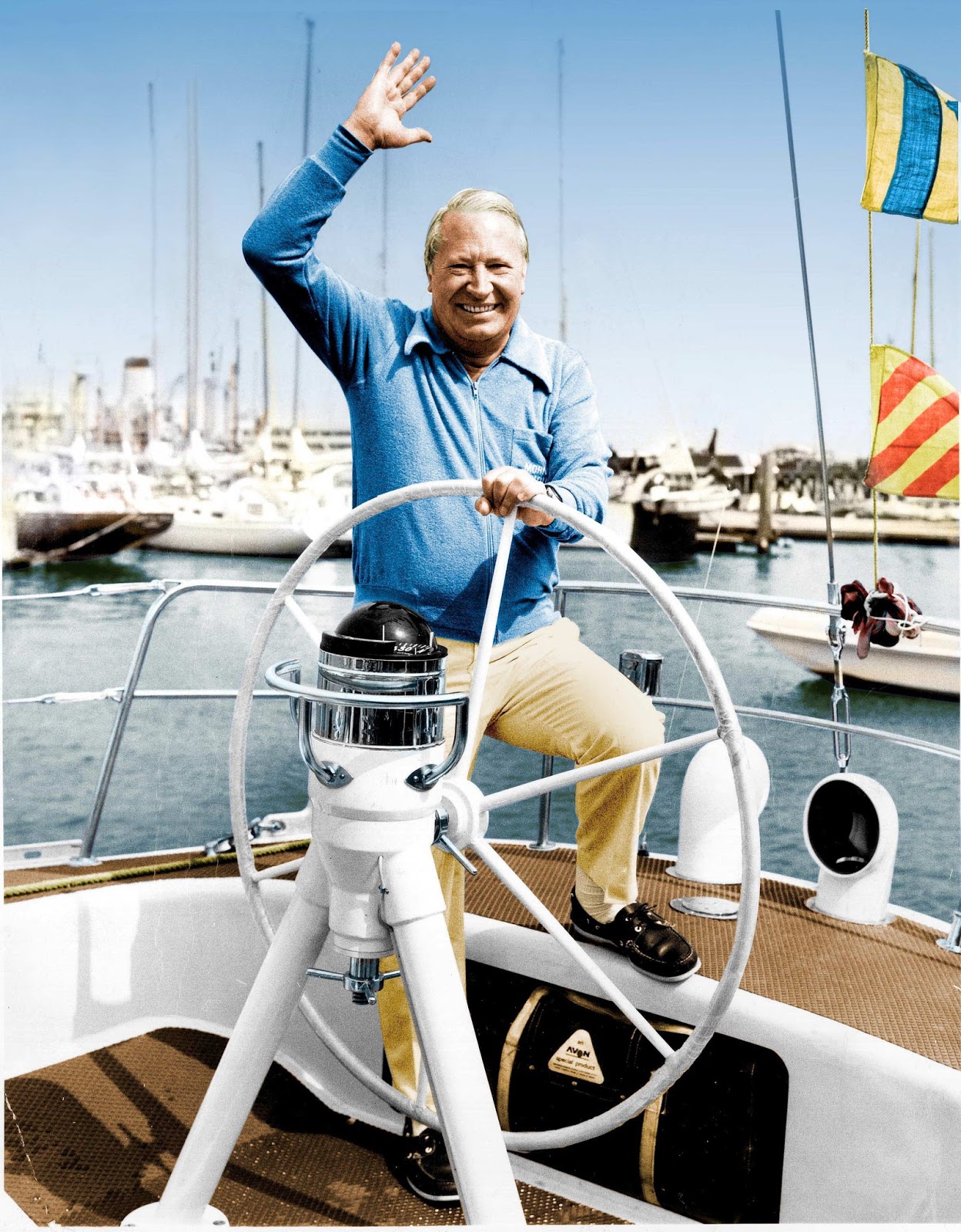 The chief constable described Sir Edward as an "extremely prominent, influential and high profile person".
"The decision to undertake this incredibly complex and challenging investigation was not taken lightly particularly knowing, or at least expecting, that we would be placed under intense scrutiny," he said.
Mr Veale also confirmed reports that satanic ritual sex abuse was a feature of the investigation, although he said it was a small part and did not relate to Sir Edward*." Go to: http://www.bbc.co.uk/news/uk-38190489?ns_mchannel=social&ns_campaign=bbc_politics&ns_source=twitter&ns_linkname=news_central
For full article.

Quote; "According to internet detectives, one of Epstein’s aircraft which was linked to the trafficking of underage girls is actually owned and operated by the U.S. State Department.
Voat.co reports:
Billionaire Jeffrey Epstein, who has been accused of trafficking underage females shared the tail number of his Bell Long Ranger 206L3 helicopter (tail number N474AW) with a U.S. State Department OV-10D Bronco.
According to the Federal Aviation Administration (FAA) registration database, Epstein’s Bell helicopter and the Bronco owned by the U.S. State Department and contracted to the private military company Dyncorp for “counter-insurgency” and “counter-narcotics” operations in Larandia, Colombia used the same N474AW tail number."...
"The congruence of Epstein’s Bell N474AW and Dyncorp’s Bronco N474AW is noteworthy. In 2002, the year Epstein’s aircraft fleet stands accused of flying underage teen girls, some between the ages of 12 and 15, coincides with Dyncorp’s trafficking in underage females between the ages of 12 and 15 from Kosovo and Bosnia in the Balkans.
One Dyncorp whistleblower reported to The Washington Times’s Insight magazine’s Kelly O’Meara in 2002 the following on one Dyncorp employee in Bosnia: “[he] owned a girl who couldn’t have been more than 14 years old. It’s a sick sight anyway to see any grown man [having sex] with a child, but to see some 45-year-old man who weighs 400 pounds with a little girl, it just makes you sick.”" Go to: http://yournewswire.com/u-s-state-department-child-trafficking-epstein/ For full article.

Quote; "..the idea of a massive child pedophilia ring at the highest levels of power is not only possible but very real, and needs to be addressed. This is not a joke and something people should not take lightly."..


"Parallel Occurrences:
In Latvia, three top officials, including the Prime Minister, were named in connection with a pedophile ring in which 2000 children in the country were abused. An online ring known as Wonderland was busted and yielded 750,000 images of children. From the article:

None of the men charged in relation to the ring served more than 30 months in jail, and only two were put on the sex offenders registry"
...."A New York Times article confirms that state investigators were given thousands of files regarding sexual abuse from children and testimonies from people involved in the foster care and education system. What happened next is amazing. Instead of indicting the accused perpetrators to develop cases against them, Grand Juries twice ordered the thousands of files to be sealed, and then brought charges of perjury against some of the victims. The mainstream media did their part to defend the grand jury and to marginalize the testimonies of the victims. One of the victims was sentenced to 9-15 years in prison, and spent two years in solitary confinement. 8 years later the woman in question, Alisha Owen, was denied a hearing to commute her sentence. Lawrence King, however, would leave prison after just 10 years, being found guilty only of financial crimes."" ..

Quote; "Unfortunately, the next step in this expose takes us to truly bizarre and disturbing places. A particularly disturbing child abuse case involving a military day care center came to light in 1987. Allegations of abuse involving 60 children, some infants, surfaced at the Presidio military base in San Francisco. I would like to point out that this article claims that child abuse allegations had surfaced at more than 30 military day care centers across the country in the previous 3 years before its publishing, including some of the most esteemed bases such as West Point and Fort Dix. It would be impossible to lay out the case for each one here, but I would like to share this quote from the San Jose Mercury News:

At the Presidio, at least 4 children were found to have chlamydia, and up to 60 had shown clear signs of abuse. The most important exposes into the Presidio case were written by Linda Goldston of the San Jose Mercury News. In an article entitled, “Abuse Case at Presidio Quietly Closed By U.S.,” the events are told in chilling detail. The first victims to come forward were aged 3 and 4. Interestingly, the Presidio child care center was not closed until over a year after these allegations came to light. Initially charges were only brought against one man, Gary Hambright, a civilian employee.
Later, however, it was revealed that police were investigating a man named Michael Aquino, a Lt. Col. Aquino was the founder of a satanic church known as The Temple of Set. Army documents showed that children were often taken on unnanounced trips outside the center, and many children could accurately describe Aquinos house. The search of Aquinos house got investigators thousands of videos and photographs, and what appeared to be a soundproof room, but charges were never brought against him.
The American Journal of Orthopsychiatry wrote an extensive analysis of the victims of the Presidio. They stated:

“The severity of the trauma for children at the Presidio was immediately manifest in clear cut symptoms. Before the abuse was exposed, parents had already noticed the following changes in their children: vaginal discharge, genital soreness, rashes, fear of the dark, sleep disturbances, nightmares, sexually provocative language, and sexually inappropriate behavior. In addition, the children were exhibiting other radical changes in behavior, including temper outbursts, sudden mood shifts, and poor impulse control. All these behavioral symptoms are to be expected in preschool children who have been molested.”

The San Jose Mercury News expanded on the story a few months later with an article entitled “Army of the Night.” This article dives into the satanic aspect of the child abuse at the Presidio. Satanism had apparently surfaced at the Presidio years earlier. Military Police had investigated some buildings after reports of a man dressed in all black holding a little girls hand had been reported. An MP was recorded as saying:

“We kicked the door open and here’s this nice little bedroom. In a corner was a mannequin with a gun aimed at the door. On the left side there was a bunk against the wall. There was a pentagram on the floor, a huge one. There were dolls’ heads all over the ceiling, just off-the-wall stuff… We were sitting there, we’ve got a cult on the Presidio of San Francisco and nobody cares about it.
“We were told by the provost marshal to just forget about it.”"

Go to: http://wakeup-world.com/2017/01/03/6-case-studies-that-point-to-a-massive-child-pedophile-ring-at-the-highest-levels-of-power/?platform=hootsuite
For full article. 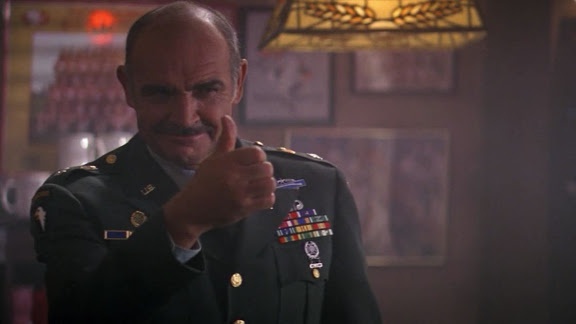 U.N. reported that more than 100 girls and women have come forward with sexual abuse accusations against international troops in Central African Republic.

Pre-teens Among the Victims

Quote; "In April 2015, a leaked United Nations report cited claims from children as young as nine who said they'd been sexually abused, including sodomy. The youngsters were living in refugee camps for the displaced near Bangui airport and had been allegedly offered food in return for sexual favors.
Spokeswoman for the Paris prosecutor's office Agnes Thibault-Leroux said the investigation by three judges, which began in May 2015, formally ended last month.
The Agence France-Presse news agency cited a source close to the inquiry as saying that prosecutors had been unable to corroborate allegations against the soldiers.
UN spokesman Stephane Dujarric said he understands that it's now up to the prosecutor to decide whether to go forward, following the submission of results from the investigative judges.

French troops were sent to the Central African Republic in 2014
"So obviously we'll keep an eye on this," Dujarric said. "But as we've said, it is the responsibility of member states to fully investigate and hopefully prosecute crimes. The fight against impunity for these horrendous actions has to be a partnership between the UN and member states."

A separate probe into alleged sexual abuse by UN peacekeepers and French troops between 2013 and 2015 in the town of Dekoa is ongoing. The UN referred the allegations to the French defense ministry in April 2016.

The respected French news site "Mediapart" published on Tuesday the testimonies of several victims who allege sexual abuse by French soldiers.
At the time, the U.N. reported that more than 100 girls and women have come forward with sexual abuse accusations against international troops in CAR." Go to: http://www.dw.com/en/no-charges-in-french-military-child-sex-abuse-inquiry/a-37031422 For full article and video; "Take the organisation into receivership" (see vid.).
Posted by Gerard at 01:03