Clearly the same explosion as that shown on the video on my thread; "War on the Poorest": The Proxy War in #Yemen Continues with the Backing of Britain and America; "No Holds Barred"! go to: https://gkhales.blogspot.co.uk/2016/09/war-on-poorest-proxy-war-in-yemen.html
(please see archive for more articles). The proton bombardment is unmistakable..If it was photo-shopped those responsible have a very lucrative career in Hollywood if nothing else..I suggest that the evidence is compelling, Saudi Arabia, Israel and their allies are waging nuclear war (on "behalf" of many of us), against the poorest in the World..........

There are a good number of videos, some posted with analysis and comparisons with more conventional ordnance available on YouTube....(I was sent the picture below on Twitter from a lawyer currently residing in Sanaa), .. 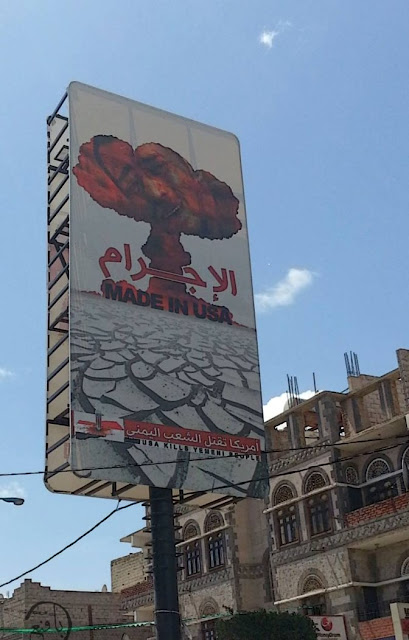