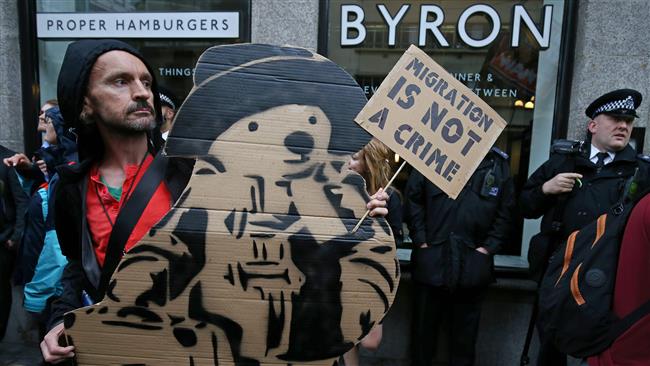 In recent days we learned, quote; "Almost 600 children disappeared last year, with more than 200 still missing, ECPAT UK and Missing People said.
The charities called on the UK government and local authorities to reform the child protection system.
The Department for Education said it had commissioned “specialist training” for those caring for the children.
The two charities collected the latest annual figures provided to them by more than 200 local authorities across the UK."....
"The study, which will be presented in parliament later, found 167 children – more than a quarter of all trafficked children in the UK care system – went missing… These children are not only abandoned or in need of a home, but trafficked children are perhaps “the most in need” demographic on Earth. The system is failing them and they are running away." Go to: https://therealstrategy.com/thousands-uk-children-missing-foster-homes
...and...,

quote; "Police investigating allegations of historical child abuse against the late Prime Minister Sir Edward Heath have arrested two people.
Wiltshire Police have given no further details about the two individuals, who have been released on bail.
The police probe, named Operation Conifer, began in 2015 after claims against Sir Edward surfaced.
It also "aims to safeguard children and vulnerable adults who may be at risk of abuse today", the force said.
The former Conservative prime minister died at home in Salisbury in July 2005, aged 89." Go to: http://www.bbc.co.uk/news/uk-37981631
For full article.

.from Al Jazeera in January....

Quote; "Europol has found evidence of a "criminal infrastructure" established since mid-2014 which exploits refugees"

More than 10,000 unaccompanied refugee and migrant children have disappeared in Europe, the EU police agency Europol said on Sunday, fearing many have been whisked into sex trafficking rings or the slave trade.
Europol's press office confirmed to Al Jazeera the figures published in British newspaper The Observer.
The number relates to the past 18-24 months.
Brian Donald, the agency's chief of staff, said that the vulnerable children had disappeared from the system after registering with state authorities after their arrival in Europe.
"It's not unreasonable to say that we're looking at 10,000-plus children," Donald told The Observer, adding that 5,000 had disappeared in Italy alone.
"Not all of them will be criminally exploited; some might have been passed on to family members. We just don't know where they are, what they're doing or whom they are with.
Donald said there was evidence of a "criminal infrastructure" established since mid-2014 to exploit the refugee flow.
The Observer reported that Europol found evidence of links between smuggling rings bringing people into the European Union and human trafficking gangs exploiting migrants for sex and slavery." Go to: http://www.aljazeera.com/news/2016/01/10000-refugee-children-missing-europe-160131164555450.html For full article.

Arafel: Throwing ones hands in the air as if this is a new problem won't wash, "Operation Yew Tree" and "Paedophile Island" alone should indicate that this is an unresolved issue in our Developed Societies and that the last thing the slavering beast needs is more exposure to vulnerable flesh. There is the clear suggestion now that there are indeed International Child Sex Trafficking Rings operating with apparent impunity within "our" body politic some of which are being deliberately (re-), exploited by some (if not all), of the World''s various security services.

Quote; "Marc always told me that he kidnapped girls for people who had placed an order with him. When he came out of prison in March 1996, I asked him who did the orders when he was in jail. He answered me that somebody else did that and that he certainly wasn't the only one. When we went to pick up a girl, Marc wanted that she corresponded with the order, small hips. He gave me a description of the girl that we were looking for. [One day] I asked him why they [An and Eefje] were still with him even though he claimed he had an order. He told me that the people who had placed the order had come, but that they weren't interested in them... Dutroux explained me that he conditioned the girls to be obedient and submissive when they arrived at customers..."

"I would like to reveal other things about Jean-Michel Nihoul, but I don't want that these testimonies are taken up in the dossier. As I said, I fear for my life and those around me. I remind you that Nihoul told me the following: 'if you cross me, I will destroy you'. With those words he made it known to me that he would kill me or have me killed."

Although convicted for financial fraud, drug- and human trafficking due to an overwhelming amount of evidence, Nihoul was ultimately acquitted from charges that he was involved in the kidnapping and murder of any of Dutroux's girls. However, to anyone who has taken an in depth look into the case, it's clear that a whole lot of leads had to be ignored and discarded before this conclusion could be reached, raising two important questions: How, and why?".. 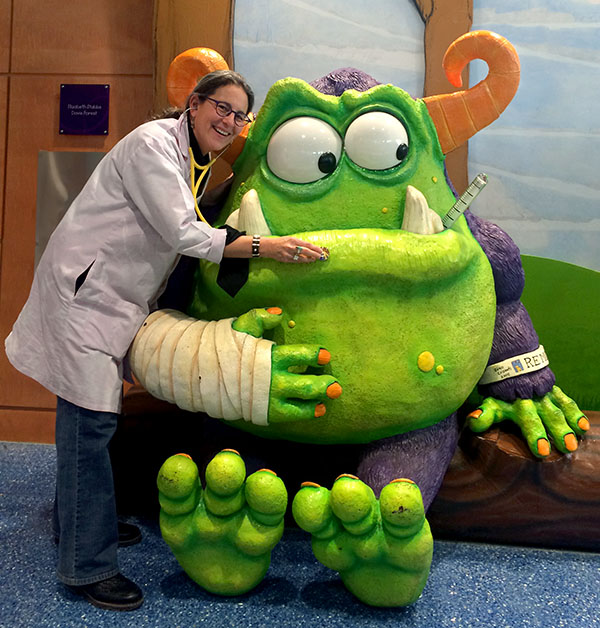 "There's a significant amount of evidence that a lot of child abuse happens within networks consisting of degenerate families and their acquaintances, which are exploited and protected (really for reasons not fully understood) by people higher up in the food chain. Children in the network often are forced to bring in other children. The new ones are then controlled through certain psychological routines involving threats, shame and guilt.
Although victim-witnesses often report having witnessed many murders in these networks, including children from western Europe, data about child disappearances and deaths is very uncategorized and therefore very inconsistent. As for the whole of Belgium, estimates range from "at least" 43 disappearances between 1973 and 1996 to as many as 1,022 in one year, with the D.A.'s office in Brussels claiming that approximately 280 children a year go missing in just Brussels alone. Also, if victims from these networks or some of the above numbers are correct, the obvious conclusion is that the media is not paying attention to many, if not the majority of child disappearances and deaths, which, in case of the British media, seems to be the true.
One interesting aspect many victim-witnesses from different countries have testified about is a very similar psychological approach used to allow the victims of even the most sadistic abuse to function (somewhat) in society, therefore not raising any really alarming questions in the immediate surroundings of the child. We are referring here to the encouraging and maintaining of Multiple Personality Disorder (MPD) in the victims. MPD has these days been renamed to Dissociative Identity Disorder (DID). It basically is a psychological disorder in which the mind and the memory of the victim is shattered in ten, hundred, or possibly even a thousand different sub-personalities, making testifying extremely difficult and a very long term process. Several X-Dossier witnesses still heavily suffered from this disorder at the time they began to testify" Go to: https://isgp-studies.com/belgian-x-dossiers-of-the-dutroux-affair
For full article. 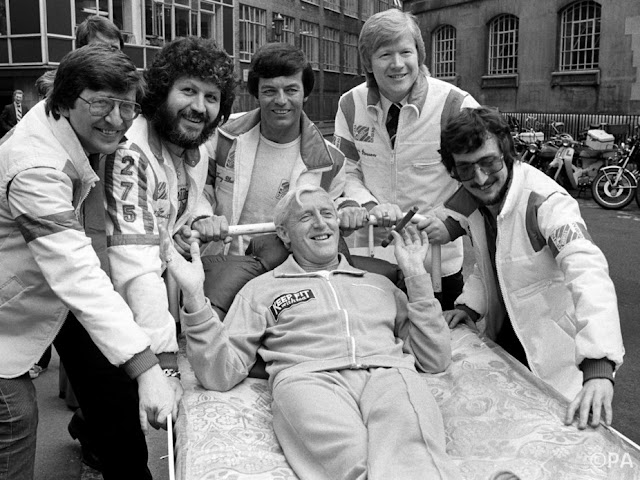 ..and according to Newswire, quote; "The amoral politician"..Hillary Clinton.."covered up a child sex scandal and pathetically plotted to lie to America about her medical problems after falling down a flight of stairs in 2012."....
"The top-secret file was allegedly compiled by operatives after a clandestine meeting on Oct.22. Here, for the first time, are the jaw-dropping details from that report – authored by spies for Italy’s Agenzia Informazioni e Sicurezza Esterna" Go to: http://yournewswire.com/hillary-huma-face-jail-new-emails-surface/?utm_source=dlvr.it&utm_medium=twitter
For full article.

Quote; "In the latest setback for the inquiry, set up by then home secretary Theresa May, the Shirley Oaks Survivors Association, described it as a "stage-managed event which has now been contrived in such a way that it enables the guilty to wash their dirty hands, whilst the establishment pats itself on the back".*
The group, which represents people affected by abuse at children's homes run by Lambeth council in south London, said in a statement: "Having watched the IICSA unpalatable circus stumble and lurch from crisis to crisis with multiple resignations and claims of racial and sexual abuse thrown into the mix, it no longer matters whether we think the inquiry is just another stitch-up because it's clearly a botch job that needs a drastic overhaul if it is ever to achieve its initial objectives."
The announcement comes two days after it emerged that another senior lawyer at the inquiry, chaired by Professor Alexis Jay, had resigned.
Aileen McColgan, a law professor at Kings' College London involved in the inquiry's investigations into the Anglican and Catholic Church, reportedly quit due to concerns over the inquiry's leadership.
Her departure follows the resignation of the inquiry's senior counsel, Ben Emmerson, and his junior colleague, Elizabeth Prochaska.
The inquiry has also had four different chairwomen since it was set up in 2014." Go to: http://www.telegraph.co.uk/news/2016/11/18/child-sex-abuse-inquiry-crisis-new-setback-as-victims-group-quit/ For full article. 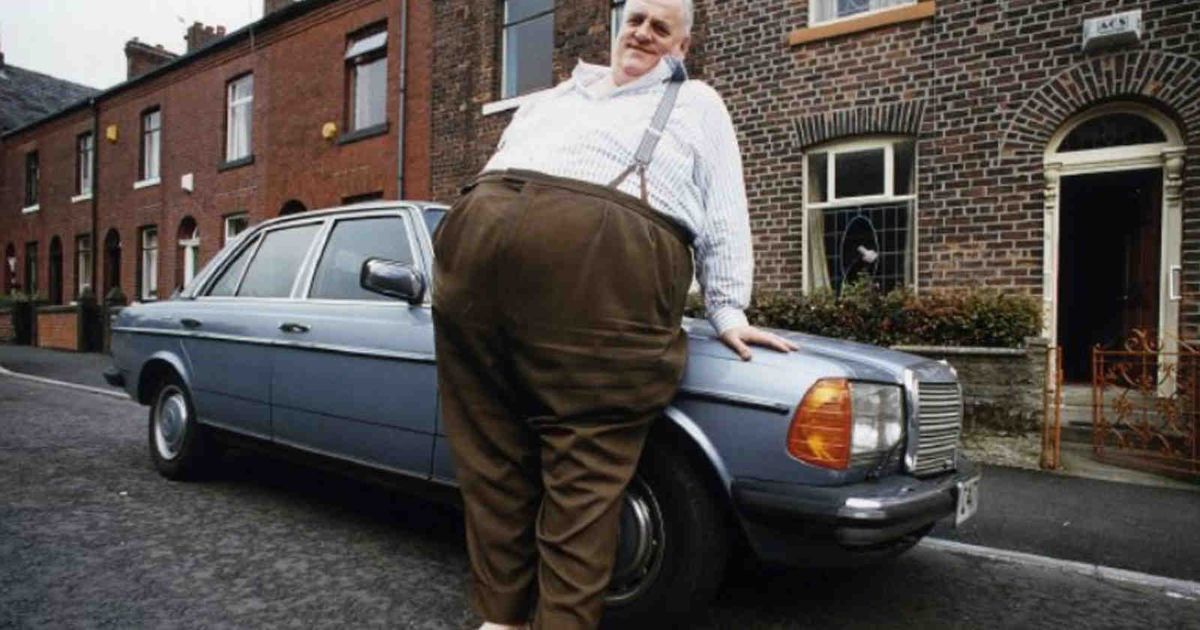 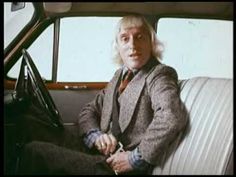 Quote; "will investigate whether public bodies and other non-state institutions have taken seriously their duty of care to protect children from sexual abuse in England and Wales. Read our Opening Statement and the November update statement.
We will identify institutional failings where they are found to exist. We will demand accountability for past institutional failings. We will support victims and survivors to share their experience of sexual abuse. And we will make practical recommendations to ensure that children are given the care and protection they need.
The Inquiry is independent of government. The Chair is Professor Alexis Jay OBE, who is supported by a Panel, a Victims and Survivors Consultative Panel, and other expert advisers. More about who we are." Go to: https://www.iicsa.org.uk/ For full article.

Quote; "A former BBC governor and Children in Need chairman says he had suspicions about Jimmy Savile more than a decade ago and felt so strongly about rumours of the late Jim'll Fix It presenter's child abuse that he would not allow him any involvement with the charity.
Sir Roger Jones said he always felt that Savile was "a pretty creepy sort of character" and had heard of rumours from BBC staff in London, but did not tell management because he did not have any evidence to back the gossip up.
"If you're going to go on the attack and make claims against him, then you'd need evidence, hard evidence that simply wasn't there," he said in an interview with BBC Wales.
"When I was with Children in Need, we took the decision that we didn't want him anywhere near the charity and we just stepped up our child protection policies which again would have put him at risk if he tried anything. I think we all recognised he was a pretty creepy sort of character."
Jones said he was extremely conscious of the potential for paedophiles to be associated with the charity event, which involves celebrities and others raising money for vulnerable and ill children around the country and internationally.
"We knew that the biggest thing to guard against was the paedophiles," he added.
"They were just like flies around the honey pot. Not just in the fundraising, but also in the distribution of funds.
"I mean, if we had given money to a paedophile group, the sky would have fallen in on the BBC. So we were very, very careful, we were on red alert."" https://www.theguardian.com/media/2012/oct/29/children-in-need-chairman-jimmy-savile?CMP=share_btn_tw
Posted by Gerard at 14:23