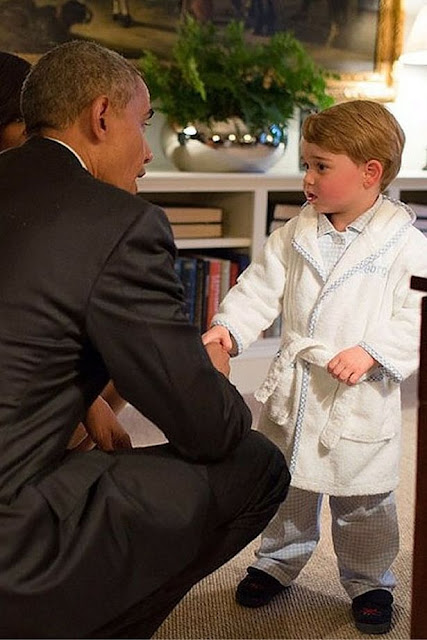 ("He may have the "common gene" but he is an uncommon judge of character!")

"What my dear is this man doing in my house?" Well that's an interesting question young man..some of it (and I stress "some of it"), goes like this.....this man has no right in your house or to tell you what to do...those who make up what could become "your people"  are about to make a decision driven (one way or another), by economics concerning whether they wish to remain in close proximity to our bloodied  former enemies or take their chances in (as "Mr.President" pointed out), an open boat on the North Atlantic! Call me picky but don't this (what otherwise -?-, would be a carpet-bagging), individual and the country he represents bear at least some measure of responsibility for The Wider Europe's current appalling problem in terms of immigration from the states that his country so enthusiastically encouraged all the other NATO members to bomb and/or invade? Yet no in the wondrous world of  "Unclo Samo" it is possible to consider electing a man who considers that simply sharing the faith of those one has so imprudently attacked be sufficient to deny one entry to ones fair land! So will European democracy be the first casualty in the war? No I don't think so I believe we are at the triage stage now and as Lee Camp ( @RedactedTonight ),  pointed out it is a "Black Parade" we are joining....

Quote: "Apart from attempting to co-opt the Liberals and undermine The House of Lords this Tory Party continue to gnaw away at the foundations of all Britain's human rights legislation and legal precedence from a position of extremely dubious mandate, they are however correct in the assumption that they are to a certain extent "untouchable" but only in the sense that Capone might have believed himself so, quote; "A series of talks about election fraud in the US, including the observation that unexpected swing results have been seen in the UK and Israel recently, prompting speculation that the practice is spreading from America (where it is fair to say that it is well documented with evidence).
https://www.youtube.com/watch?t=2856&v=hbBE3qZUgJc

"Were the polls* bent Daddy?"

Posted by Gerard [User Info] on May 16, 2015, 7:16 pm
I just got off the phone to my father (who is 80 today!), former President of The National Institute of Printing, former Liberal PPC for Tonbridge (N. or S ? - I was only a toddler-), former mathematics lecturer at The London College of Printing (both my father and grandfather were "in the print" as they say), in his day one of the top 3-4 commercial mathematicians in Europe, worked for ACAS, still an active Liberal and an acquaintance and colleague of  Mr.Patrick.Ashdown (& much else besides). During our telephone conversation I asked my father; "What did you think of the polls before the election? Surely they were...?" "...Bent son, twisted, mangled and a setup designed to manipulate the popular media" My father is not given to flights of fancy on subjects as serious as this.." .........

""U.K may be in death throws but what of "The Wider Europe"?

Posted by Gerard [User Info] on May 8, 2015, 2:00 pm
Cameron has an hooooge domestic 'eadache but it's not his health I worry about with regard to Europe. We must now have a referendum on E.U membership, Britain seems to need another shakedown but the storm-troopers must be purged following Kristallnacht so expect a Night of the Long Knives over Europe**, but how and where? It will be those in the U.S administration with most influence over NATO and those with the most economic clout in the European market place (and the "all-seeing-eyes" -those who are both-), who will be experiencing the sleepless nights and worrying about who they are going to blame and how they are going to set them up for burning down The Reichstag." All posts to MediaLens message board.

*I did say "Poles"...I'll put it down to a freudian slip ("all activities are just degenerate forms of bending" Bender Bending Rodriguez)!
**Ah! The benefits of hindsight..."Are All Our Polls Bent?" Go to: http://gkhales.blogspot.co.uk/2015/06/are-our-poles-all-bent.html 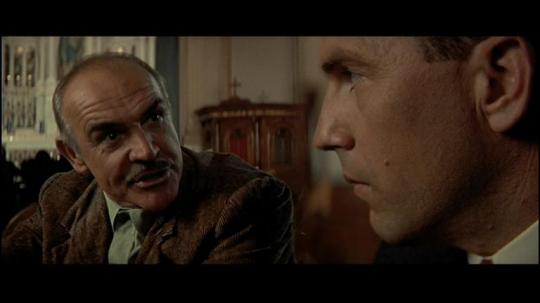 Will it really only be The Scottish Question that forces the British to consider the sticky subjects of institutional and electoral reform?


Quote: "is Europe only for the businessmen then? It seems so (quote; "The free movement of persons was a core part of the original Treaty of Rome" go to: http://en.wikipedia.org/wiki/Schengen_Agreement ). One would think that it would be the job of our country's liberal-left to point out the diminishment of person that not becoming signatories to The Shengen Agreement represented but noooo as so often where European politics is concerned there was a terrible silence in the oppositional barn." Go to: ""The European Arrest Warrant" Should be Applied to this Bunch!": http://gkhales.blogspot.co.uk/2014/11/the-european-arrest-warrant-should-be.html
According to both our politicians and the Mainstream Media The British people are faced with a stark choice; either remain in The Greater Europe and go-down-with-the-ship or abandon the vessel completely and take our chances on the open sea! The trouble is a two-state-solution does not suit the monetarised NATO/Trans Atlantic Trade and Investment Partnership agenda that now drives European politics (one reason Cameron would really like to see us in rather than out of Europe**). Cameron's attempted bi-partisan stance has already had it's consequences for British democracy, quote: "Those forces within the European Union which are pushing for the federally administrated fascism of the Transatlantic Trade and Investment Partnership ("TTIP"), and the "Nato-isation" of Eastern Europe have no interest in democracy such as that represented by the exercise of their rights of self-determination by the European Electorate (or anyone else come to that)! That any politician or any commentator should have considered that entering into a vote on independence for the Scottish People without first determining how Scotland (and the rest of the U.K), would cope economically and continue to trade with the rest of The World should the vote be "Yes" is clearly asinine. Or is it? Not if you depend for your power-base on anachronistic institutions which are anathema to the "modern" (community centred), democratic process it isn't! Perhaps Alex Salmond felt powerless against The Eurasian State but does this excuse his seeming lack of ability to go toe-to-toe with The Euro-fascists on the issue of currency union? Certainly the fire-breathing Euro-dragon has become a formidable and heavily armed opponent for any single postulant or squire." Go to; "The Omerta's Blind Spot?: http://gkhales.blogspot.co.uk/2014/09/the-omertas-blind-spot.html
Racists and bigots who wish merely to demonise others and draw attention away from the true causes of the crisis that afflicts us can easily exploit such a polarised situation, this is why the rights of self-determination and the free movement of persons are essential to the health of European democracy.The Americans say: "it's the economy stupid" but is that because they are? The cultural, religious and ethnic problems which beset Europe in The Twentieth Century were to be ameliorated and the previous hurts repaired (eventually), by the integration (at least partially), of the formerly warring European States, surely it is therefore no lie to state that Europe has failed in its endeavours when war becomes the only solution (and -yet again-, and arm-of-business), as in the cases of both Yugoslavia and The Ukraine?
Posted by Gerard at 08:45