"The War on Yemen, America's Plans to Use Nuclear Weapons in The Middle East"

Quote: "Unconfirmed reports based on a video release dated May 20, 2015 point to a massive and unprecedented bomb explosion in Yemen.

The reports suggest without corroborating evidence that the explosion could have been the result of a nuclear strike, using a tactical nuclear weapon. There is no evidence to that effect.
Whatever the nature of this explosion, it constitutes a crime against humanity.
While there is no concrete evidence that the US led alliance has used nukes against Yemen, the broader issue of nuclear war against the Middle East is, nonetheless, of utmost relevance.
Washington’s nuclear agenda as defined by the 2001 Nuclear Posture Review (2001) consists in developing its tactical nuclear arsenal for use against non-nuclear States.
Since 2002, US-NATO tactical nuclear weapons targeting the Middle East are fully deployed.

Tactical nuclear weapons or so-called “mini-nukes” are bunker buster bombs equipped with a nuclear warhead. Their explosive capacity (e.g. the B61-11) varies between one third and six times a Hiroshima bomb. 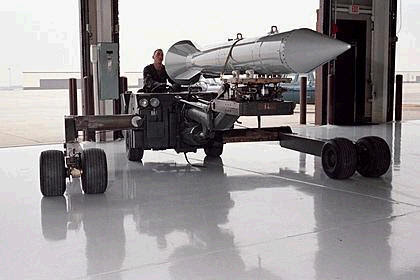 The image (left) is a B61-11 tactical nuclear bomb, which can be launched either from a B-2 bomber or an F-16.
The B61-11 is a bon fide thermonuclear bomb, a Weapon of Mass Destruction (WMD) in the real sense of the word.
Sofar the evidence is scanty. There are no reports on the aftermath of the alleged strike in Yemen which would provide further information.
The mainstream media has not covered the issue. The matter requires further investigation in the context of a longstanding US agenda to use nuclear weapons against targets in the Middle East.
Video: The Yemen Bomb Explosion
Nuclear Attacks against countries in the Middle East
The alleged yet unconfirmed use of mini-nukes against Yemen raises the broader issue of US nuclear doctrine:
While the scanty “evidence” of a nuclear attack against Yemen remains unconfirmed, the use of mini-nukes against countries in the Middle East has been on the Pentagon’s drawing board for almost 20 years.  In 1996 under the Clinton administration, the B61-11 tactical nuclear weapon was slated to be used by the US in an attack against Libya.

B61-11
The man behind this diabolical project to nuke Libya was Assistant Secretary of Defense Harold Palmer Smith Junior. “Even before the B61 came on line, Libya was identified as a potential target”. (Bulletin of the Atomic Scientists – September/ October 1997, p. 27, emphasis added)

Harold Palmer Smith had been appointed by President Bill Clinton to oversee nuclear, chemical, and biological defense programs with a focus on “the reduction and maintenance of the US arsenal of nuclear weapons”. From the outset, his actual mandate, was not to “reduce” but to “increase” the nuclear arsenal by promoting the development of a new generation of “harmless” mini-nukes for use in the Middle East war theater. 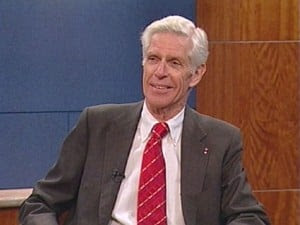 The Department of Defense’s objective under Harold Smith’s advice was to fast-track the “testing” of  the B61-11 nuclear bomb on an actual country in the Middle East.


Five months after [Assistant Defense Secretary] Harold Smith called for an acceleration of the B61-11 production schedule, he went public with an assertion that the Air Force would use the B61-11 [nuclear weapon] against Libya…  (http://www.nukestrat.com/us/afn/B61-11.htm,)

While the Pentagon later denied its intention to bomb Libya’s Tarhunah plant, it nonetheless confirmed that “Washington would not rule out using nuclear weapons [against Libya]“. (Ibid., emphasis added.)
What is the relevance of the history of the B61-11 tactical nuclear bomb and the earlier threats directed by the Clinton administration against Libya?
Was the project to nuke Libya shelved?
Are countries in the Middle East potential targets for a nuclear attack? (For further details, see Michel Chossudovsky,  Dangerous Crossroads: Is America Considering the Use of Nuclear Weapons against Libya? Global Research, April 2011).
The tactical nuclear weapons were specifically developed for use in post Cold War “conventional conflicts with third world nations”.  In October 2001, in the immediate wake of 9/11, Defense Secretary Donald Rumsfeld envisaged the use of the B61-11 in Afghanistan. The targets were Al Qaeda cave bunkers in the Tora Bora mountains.
Rumsfeld stated at the time that while the “conventional” bunker buster bombs “‘are going to be able to do the job’, … he did not rule out the eventual use of nuclear weapons.” (Quoted in the Houston Chronicle, 20 October 2001, emphasis added.)
The use of the B61-11 was also contemplated during the 2003 bombing and invasion of Iraq as well as in the 2011 NATO bombings of Libya.
In this regard, the B61-11 was described as “a precise, earth-penetrating low-yield nuclear weapon against high-value underground targets”, which included Saddam Hussein’s underground bunkers:


”If Saddam was arguably the highest value target in Iraq, then a good case could be made for using a nuclear weapon like the B61-11 to assure killing him and decapitating the regime” (.Defense News, December 8, 2003).

There is no documentary evidence, however, that the B61-11 was used against Iraq.
The use of mini-nukes against non-nuclear states in the Middle East as defined by the 2001 Nuclear Posture Review remains on the Pentagon’s drawing board. Moreover, the B61-11 tactical nuclear weapon (Made in America) as well as the B61 12 upgrade have been deployed for use against targets in the Middle East including Iran, Syria and Libya by several European countries including five non-nuclear states (Belgium, Germany, Italy, Netherlands, Turkey). The new B61 12 is a 50 kiloton weapon, which would be delivered by the F-35 fighter jet.
According to reports, Israel also has an arsenal of tactical nuclear weapons. 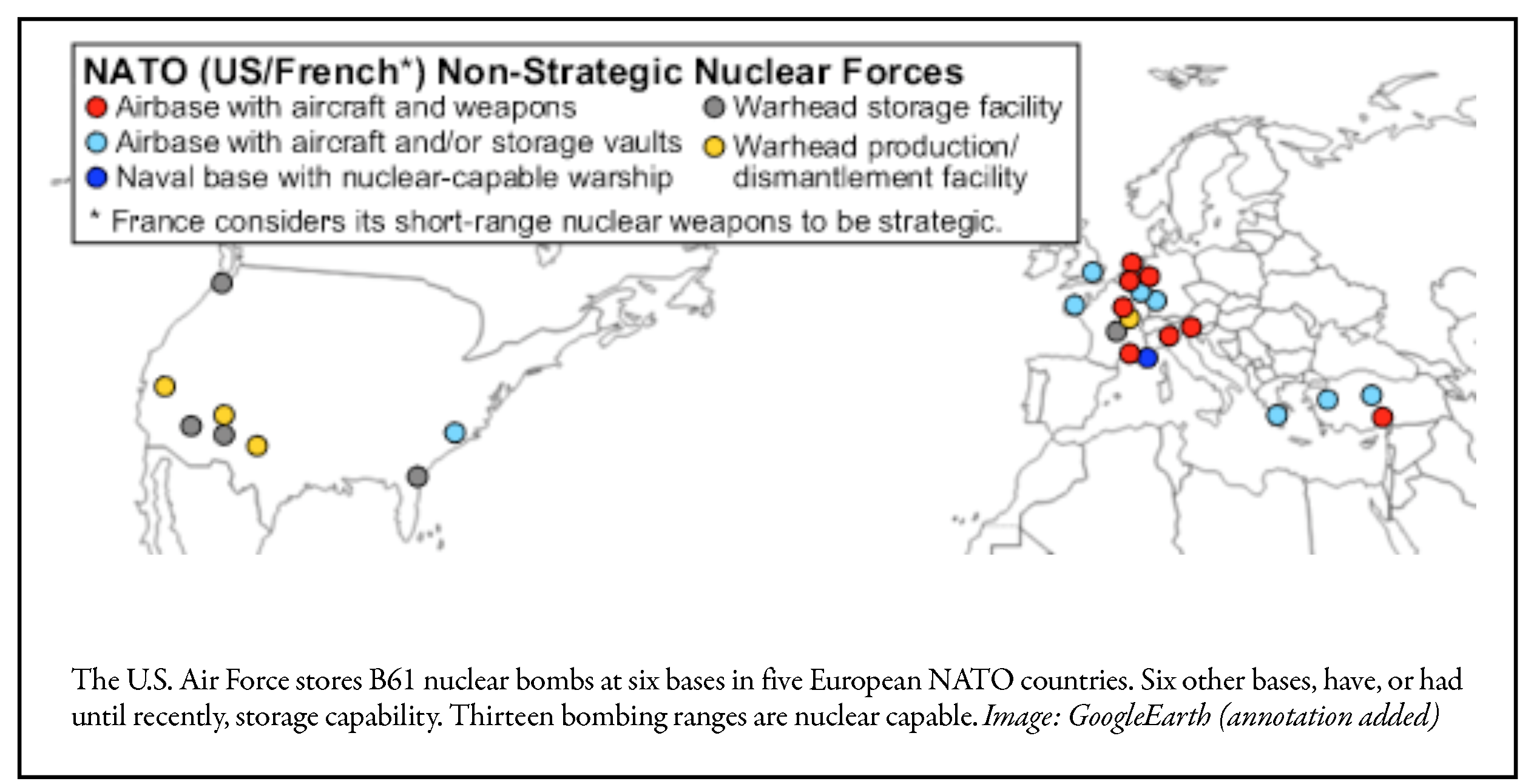 Source: Federation of American Scientists
The Nature of The Yemen Explosion
While the Yemen explosion in the video (above) appears similar to that of a B61-11 tactical nuclear bomb with a mushroom cloud, it is worth noting that the conventional Mass Ordnance Penetrator (MOP) bomb triggers a similar explosion.
The largest conventional bomb in the US arsenal is the so-called Mass Ordnance Penetrator (MOP) or the Mother of All Bombs (MOAB) (see images below). The explosion of a MOP (which is a conventional weapon) is (according to photographic evidence) similar to that recorded in the Yemen video. Moreover, according to unconfirmed reports, the MOP was used during the war on Iraq. 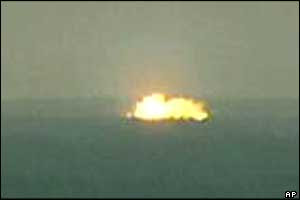 In other words, the nature of the explosion does not in itself prove that it was the result of a (tactical) nuclear strike. It could have been a MOP or a bunker buster bomb explosion. But even in this case, the evidence is scanty.
Both the MOP and the mini nukes are bunker buster earth penetrating bombs. The MOP however is a conventional weapon. It does not have a nuclear warhead.
It is worth noting that in mid January 2015, two months prior to the onslaught of the Saudi bombing campaign against Yemen, “the Pentagon was involved in the testing of the largest bomb in its arsenal”, an improved version of the bunker buster Mass Ordnance Penetrator (MOP), developed by Boeing.
archive photo of MOAB explosion
According to reports, The Mass Ordnance Penetrator e.g. MOP GBU-57, would be delivered with either a B-52 or a B-2 bomber due to its weight. The decision to undertake a MOP strike would emanate from US  “Global Strike Command”. 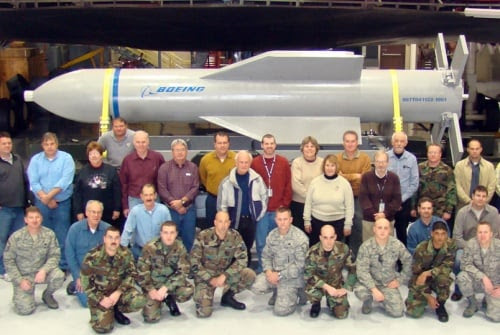 GBU-57A/B Mass Ordnance Penetrator (MOP)
There are indications, however, that a lighter MOP missile has been developed. According to Air Force Magazine, USAF Lt. Gen. Phillip Breedlove (currently Commander in Chief of NATO) stated in June 2010 that “the Next-generation Penetrator Munition should be about a third the size of the Massive Ordnance Penetrator so it could be carried by affordable aircraft”.
In the image below a B52 bomber releases a MOP, escorted by a F-16.  The MOP is a tele-guided missile.
The B-2 bomber operates out of a US Air force base in Missouri. With refuelling it can be deployed Worldwide. The B2 can be used to deliver a Mass Ordnance Penetrator (MOP) missile or a tactical nuclear bomb. 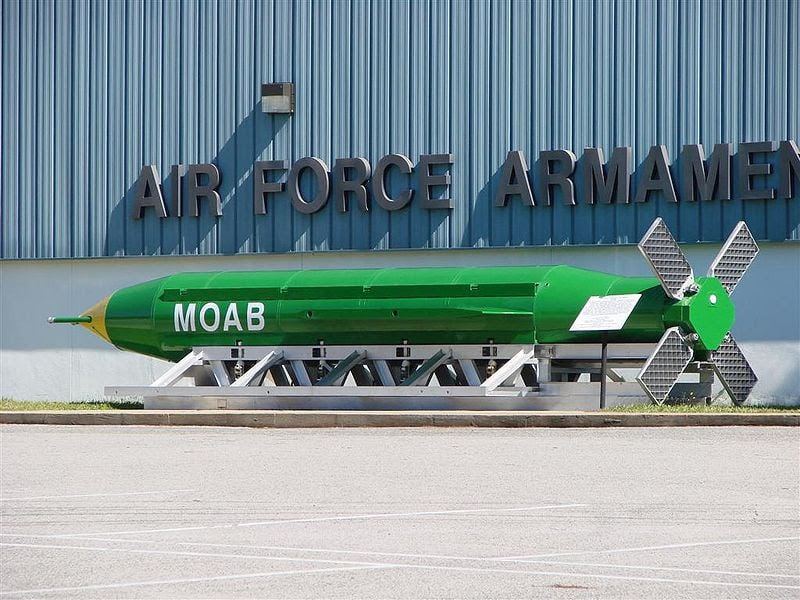 Go to: http://www.globalresearch.ca/the-war-on-yemen-americas-plans-to-use-nuclear-weapons-against-the-middle-east/5453065
Posted by Gerard at 01:41