...I have an electric bike..this helps me considerably esp. my lower back problems..Nowhere in ANY of the state literature regarding disability and mobility is there provision made for the thousands of "half-way" houses like me (who also maintains he could have got a lot better a long time ago!), who can/could benefit from the use of such a device, check the PIP and ESA forms..nada, zilch, nothing, we are supposed to be 48hr/week as able as they..this eugenicist nonsense has been going on forever!

Take it from someone who has spent 30 years or so on the inside..the system needed reforming..(there has always been a glass ceiling), but with more care, therapy, after-care follow up, physio and the ability to make sensible independent choices about employment (without the terrible prejudice that austerity scapegoating engenders in the body politic -perhaps their worst crime, that of "second hand" violence and intimidation-).

and they are about THAT GOOD at spinal medicine generally........!!!

‘I Was Dealing With Broken People Being Kicked By The State. I Decided To Look Deeper’

‘I Was Dealing With Broken People Being Kicked By The State. I Decided To Look Deeper’
JUL
2015 Wednesday 8TH posted by Morning Star in Features

He will be testing whether the numbers and arguments stand up, as well as assessing the likely impact of each cut. The manipulation of data and misinformation spread by the government and DWP, which is then picked up and amplified by the Tory press, is of particular concern to Dilworth as it’s coupled with “massive misunderstanding among the largely welfare-illiterate general public.”

Separate from his day job as a welfare benefits specialist with Advice Plymouth, Dilworth is a member of the team at social justice site www.ilegal.org.uk after being asked by founder Patrick Torsney to make a connection with the public.

His took on the role “because it was obvious to me that the numbers and claims weren’t adding up. Government and the media were making claims to be finding thousands fit for work and (getting them) into work. It didn’t tally with what I was seeing.
“I was dealing with broken people who were being kicked by the state, so I decided to put my analytic skills to the test and take a deeper look.”

After four years he has a sizeable following on Twitter, with two articles on the website receiving more than a quarter of a million hits each. One post on the hypocrisy of Cameron’s Help to Buy scheme went viral, provoking a comment from Number 10, a mention in both the House of Commons and Lords, within mainstream media and on TV.
“This approach,” says Dilworth, “is about educating people over the facts.” It involves making statistics interesting, with him managing to dismantle seemingly impregnable numbers to reveal gaping holes in both policy and arguments. He admits “this was a real challenge but it’s been immensely satisfying.”

Iain Duncan Smith (IDS), a “serial offender” when it comes to using statistics in a deliberately misleading way, comes in for stinging criticism from Dilworth, who points to a moment on Question Time when IDS said how proud he was to be getting 2.5 million sick people back to work.
“He said this to warm applause from the audience, despite 3.9m capability assessments (taking place) under the coalition. The truth of it is there are still 2.5m on the sick. Lately the figure has been rising further.”

Dilworth feels “the online presence is a lot about engaging with those who’ve lost faith in society, the forgotten lives which welfare reform is doing nothing for.” As well as seeing this online, he is all too well aware of the detrimental impact the demonisation and deluge of cuts is having on the mental health of his clients.

He recalls one of the people he helped: “A grown man in bits, his eyes filled with terror, his shaking only stopping when I took the DWP’s manila envelope stuffed full of bad news for him.”
The treatment of such people makes him angry and “affirms a passion in me to do what I can to get people a little bit of justice.”

The ”capacity for work” tests and benefits sanctions are “about people with profound problems being disbelieved, with ridiculous findings that they are fit for work, when they clearly are not. The system’s too rigid to recognise complex problems.”

Dilworth feels it goes back to mental health, which is the key issue, affecting millions, not thousands. “It’s the elephant in the room, invisible and all too easy to ignore. I don’t see government being serious about the need to invest in becoming a more integrated society.”

Dilworth broadly welcomes constructive welfare reforms and as such has no issue with the aims of employment support allowance (ESA). Personal independence payment (PIP) also has some positive points. However, he believes “the problems lie in the roll-out of these reforms coupled with the wilful refusal to measure the impact upon existing claimants.

Government, having failed with ESA to date, knows it needs to find a claimant reduction of 400,000. It means a return to the punishing testing regime of mid-coalition, before it was dumbed down in the run-up to the election. On PIP I expect 600,000 people will lose out.”

He adds: “It’s beyond deplorable that the government is contemplating taking the work-related activity group payment from people who’ve already been through a very stringent test to get awarded it in the first place.”

He saves his scathing criticism for universal credit, which, he says, “is a failed project before it’s started. By the time it’s anywhere near up and running, it will be out of date. It’s certainly no miracle cure to transforming lives and making work pay.”

He firmly believes some of the £12 billion of savings the government is seeking are intended to free up money to prop up IDS’s pipe dream.
Asked if he had a message for the British public, Dilworth replied: “Don’t judge unless you’ve been there, by which I really mean there. People are closer to having to be reliant on the state than they think.

“I’ve seen a perfectly healthy hard-working life lost in a tragic accident once. It changed my perception forever. It was all over in less than a few minutes. What if he hadn’t died, and had lived to be severely disabled? How would his young family cope? Trust me, lives can change dramatically in less time than the adverts appear between your favourite TV programmes.”

What about a message for IDS? “I want him to tell the truth.”
Nick Dilworth is also a consultant and co-founder with New Approach www.newapproachuk.org.

Stevo!! He's a broth of a boy!" All posts to MediaLens message board (author's posts edited at "Ed's" discretion). 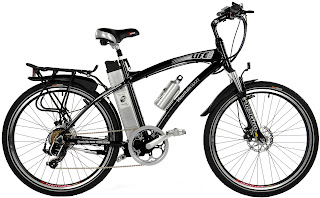