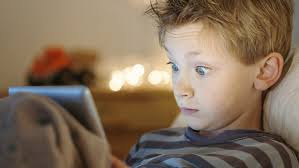 "There is little evidence screen use for children is harmful in itself, guidance from leading paediatricians says.

Parents should worry less as long as they have gone through a checklist on the effect of screen time on their child, it says.

While the guidance avoids setting screen time limits, it recommends not using them in the hour before bedtime.

Experts say it is important that the use of devices does not replace sleep, exercising and time with family.

It was informed by a review of evidence published at the same time in the BMJ Open medical journal, and follows a debate around whether youngsters should have time on devices restricted.

Most of the evidence in the review was based on television screen time, but also included other screen use, such as phones and computers.

Meanwhile, a separate study has found that girls are twice as likely to show signs of depressive symptoms linked to social media use at age 14 compared with boys.

The Royal College of Paediatrics and Child Health (RCPCH), which oversees the training of specialists in child medicine, has produced the guidance for under-18s.
It said there was no good evidence that time in front of a screen is "toxic" to health, as is sometimes claimed.

The review of evidence found associations between higher screen use and obesity and depression.*

But the college looked at this and said it was not clear from the evidence if higher screen use was causing these problems or if people with these issues were more likely to spend more time on screens.

The review was carried out by experts at University College London, including RCPCH president Prof Russell Viner.

The college said it was not setting time limits for children because there was not enough evidence that screen time was harmful to child health at any age.

Instead, it has published a series of questions to help families make decisions about their screen time use:

Dr Max Davie, officer for health promotion for the RCPCH, said phones, computers and tablets were a "great way to explore the world", but parents were often made to feel that there was something "indefinably wrong" about them.

He said: "We want to cut through that and say 'actually if you're doing OK and you've answered these questions of yourselves and you're happy, get on and live your life and stop worrying'.

"But if there are problems and you're having difficulties, screen time can be a contributing factor."

Dr Russell Viner, president of the RCPCH, told BBC Radio 4's Today programme "screens are part of modern life", adding: "The genie is out of the bottle - we cannot put it back."*

He said: "We need to stick to advising parents to do what they do well, which is to balance the risks and benefits.

"One size doesn't fit all, parents need to think about what's useful and helpful for their child."

Parents should consider their own use of screens, if screen time is controlled in their family, and if excessive use is affecting their child's development and everyday life, he added.
What do parents say?

A number of parents have been in touch with BBC Radio 5 Live to say they disagree with the guidance and feel it does not go far enough.

Ed, from Leighton Buzzard in Bedfordshire, said his seven-year-old daughter, who has moderate autism, would spend all her time on her tablet playing computer games if limits were not placed on how much she used it.

"We have a limit of 40 minutes, three times per day, one-hour breaks and no devices one hour before bed.

"Our daughter understands the health reasons and has the freedom to decide when to play."" https://www.bbc.co.uk/news/health-46749232 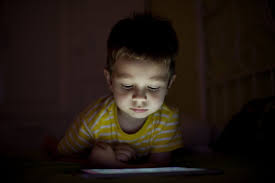 *Italics mine. The Royal College hey? Put a crown on it and it lies to you! What deliberately disingenuous cr*p and dangerous duplicity! I'm in favour of people having access to screens (when used with some caution ie. not directly before going to bed -if anyone saw the reality t.v show on light's effect on the circadian rhythm re: the effects of different colours, one would know that the colour blue stimulate wakefulness-, and not for prolonged periods -especially when used as more-or-less the sole medium of human interaction-), but it is not the screen with which most campaigners are concerned it is from where and how that screen receives its signal! This obfuscatory behaviour on behalf of the vested interests of the Powers that Be suggests;
a). That "they" are getting seriously worried about the negative publicity surrounding the use of Wi-Fi technology..and
b). That they don't have any credible evidence to refute the claims of many that over-exposure to Wi-Fi signals can seriously damage one's health and have chosen to change the subject!
It's disgusting that an institution primarily concerned with the health of children should indulge in such gross distortions but then it, "does what it says on the tin" doesn't it Andy dear?
Unsurprisingly the BBC colludes in the deception by reporting the findings of this monarchical institution as a clarion call to the "faithful" unchallenged at the beginning of the new year. What glass-heads they have!
No mention was made either of how online activity can provide the data-vampires with profiles on children long before they are even eligible to vote!

It's like saying; "Guns aren't really dangerous unless there are bullets in them!"


Many Twitter responders are equally disparaging about the actual findings, go to:  https://twitter.com/BBCVishalaSP/status/1081087404180680704

"Facebook paid children as young as 13 to install software on their phones which allowed the company to collect data on how they used its competitors' apps, it has emerged.

The software, a virtual private network (VPN) called "Facebook Research", routes all of the users' phone and web activity through Facebook's servers for monitoring.
Its existence was unveiled by news website TechCrunch, which reported that the social media giant has been paying users between 13 and 35 years old up to $20 (£15.25) a month to use the VPN, which it described as "spying" on those users.
Facebook in turn disputed that the app "spied" on users as they had consented to allow it access to every bit of activity that their phone made, and were paid for doing so.
It added that parental consent was received for the children who installed Facebook Research.
The revelations follow Apple banning Facebook's app Onavo, which the social media company acquired for $120m (£91m) in 2014.
Onavo functioned in a similar way to the Facebook Research VPN, and allowed the company to collect data on which apps other people were using." Go to: https://news.sky.com/story/facebook-paid-children-as-young-as-13-to-install-software-which-spied-on-them-11622117
for full article.

Here's an interesting post to the Lifeboat News on a story you may already have heard about concerning the death of birds and the strange behaviour of other animals associated with a 5G test in the Netherlands, I won't comment, reproduce the story or post the videos here yet (post is now available in "archived" form), as I would hate to post something that is later debunked thus hurting a cause for which there is more than enough evidence extant to support (see thread), go to: https://members5.boardhost.com/xxxxx/msg/archive/1543180060.html #TLN 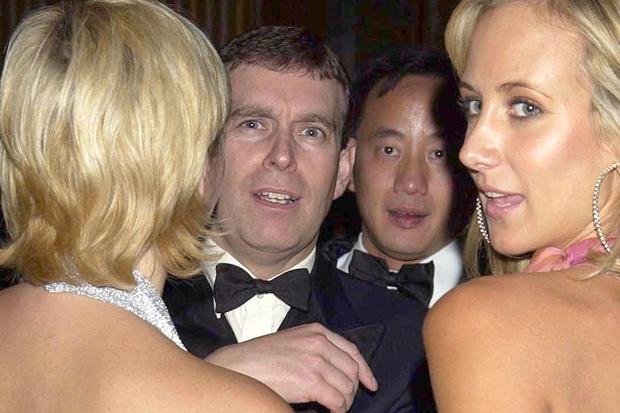 
Quote; "Mark Proudfoot, Wyomissing, is passionate about spreading the message of the dangers of exposure to radio frequencies, especially for children. He has publicly addressed the Wyomissing School Board several times with his concerns.
“Schools have been dodging the issue, waiting for clear-cut proof that wireless is damaging to heath,” Proudfoot said. “The proof is in, but there is no interest in action to protect our children without government regulations to force it.”
Proudfoot predicts that there will be a tragedy in the next decade with thousands being mortally sick from wireless exposure.
“The data is in, and it is clear that wireless causes cancer, premature aging, sleep disorders, infertility, concentration problems, DNA damage and is quite possibly a significant contributor to the autism explosion,” he said. “The mechanisms for damage have been proven, and FCC guidelines do not even consider these risks.”...
"Theresa is a pediatric physical therapist and functional medicine health coach who educates parents in wellness strategies, including recommendations from the American Academy of Pediatrics that parents reduce their children's wireless exposure.
“This recommendation was made after the release of the National Toxicology Program study results,” Theresa said. “This was a large study on (the link between) cellphones and cancer.”
Theresa said she has found when parents reduce their children's wireless exposures, infants and toddlers progress better in therapy*."..
"“I want to make it clear that people with symptoms are not imagining this,” Green said. “There is pretty clear evidence that microwave frequencies definitely have an effect on the nervous system.
“Electrosensitivity is classified as a disability, but there is so much resistance from this multibillion-dollar industry,” she said. “People are addicted to technology and don't want to hear this.”"..
"“Doctors do what they are paid to do and often do not have time to read the studies,” she said. “There has been a lot of false information put out by the wireless industry. If physicians take time to read the studies, they would all come to the same solution that remediation in the home is a way to improve patients' overall health.”*"... Go to: https://www.readingeagle.com/news/article/studies-suggest-the-harm-of-wireless-radiation#.XDIfGyntgBc.twitter for full article (recommended). 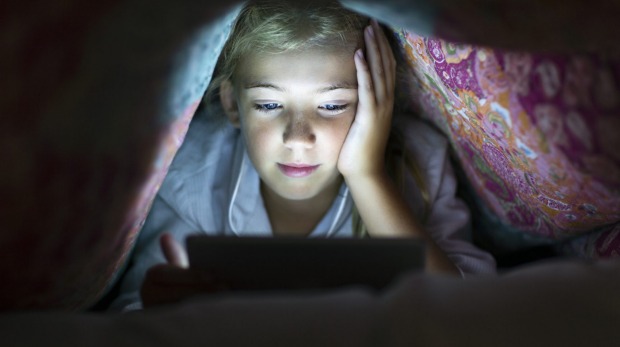