"Free from Consequences"? The Liberal Conceit...

The term "Neo-liberal" has now superseded that of "Neo-Conservative" in much of the "alternative media" (and even in the mainstream), and rightly so because many of the values of the Neoconservative Monetarist lobby have been absorbed (if not in-fact now gleefully accepted and promoted), by many who would otherwise have themselves regarded as liberals. There has been an acquiescence in the process of the domination of the market, the influence of which has become almost ubiquitous as a result, by those who, "just take a sip" from the blood chalice of "utilitarian capitalist exceptionalism" and then find themselves taking greater and greater gulps until they are quaffing from it to the extent that (like addicts of all forms), they find they can no longer do without it, this is true lack of moral-compass for they find themselves lost in the now unnavigable Universe of the, "terrible war of all against all" (nb. although I disagree with Hobbs for far from being our natural state it is one which is most often imposed and promoted by our oh-so-civil societies in order to serve the best interests of those who most often exploit the human condition, go to: https://en.wikipedia.org/wiki/Bellum_omnium_contra_omnes). The evolution of human society has been characterised by swings from one end of the political spectrum to the other (and in a metaphysical sense perhaps we will always be subject to such as we attempt to attain that state of "divine-symmetry" that will signal the end of our process of evolution), and there can be no doubt that the Swinging Sixties and the reaction to it exemplify this process in the modern era. "Not all in the garden is roses" and even they have thorns but an understanding and acceptance of this has so far eluded many ("otherwise"?), "liberals". Take for instance the question of the teaching of both language and linguistics, quote;

"(..I'd steer clear of blaming the "-ism" of the "fairer sex" though...my point being that once you display some understanding as a man women will usually respond..attacking the very movement that represents their popular profile is counter-productive -as it often is with all "-isms" but if you are a man I feel that feminism is a special case-).
Liberalism is far from a special case though for most of us would (if truth be known), like to be treated with it even if we're not "liberals"..It's a matter of balance..."hippy-dippy" so-called "liberal" values virtually destroyed the teaching of both language and linguistics in Britain in the '60s and '70s and most of us Brits are still suffering from the effects......it lies close to fascism too because the libertarian is too easily exploited by the fascist and the Social Darwinist"

Quote; "As a comprehensive school product, whose humanities classes focused on creative writing, before I could start to learn a foreign language later in life I had to take a step back and try to comprehend the structure of grammar and the structure of language in general, to make any part of the foreign-language learning process penetrable, and I am still learning*.

In other words, I had to try to understand the structure of English first." Contributions to The Lifeboat News ("TLN"), message board (subject to edit).

Also, quote; "I'd like to make it clear that I am massively in favour of gender equality....esp. in terms of pay, opportunity, "responsibility" and respect, I could therefore be called a Femini-ist..Except I don't like being an "-ist" of any kind (I know I've said this before but it bears so again), ..so let's look at instances of the subversion of such "principles"...

Many of us here believe that "Zero Dark Thirty" ("ZDT") was a deliberate piece of "liberalised" deception (go to: ""#ZDT?" Gesundheit! The Death of #Osama Bin Laden?" http://www.arafel.co.uk/2016/07/zdt-gesundheit-death-of-osama-bin-laden.html), but lets-face-it it can't (and won't), have been the first time that Hollywood has been the Secret State's patsy..another fine example may well have been, "Working Girl"..ostensibly a "liberal" paean for the, "Coming Woman" although dripping with cliches and paternalistic condescension nevertheless of-course accepted as "girl power" by the chattering classes..but look at its raison d'etre... it misappropriates the U.K's (or "Britain's"), symbolism of "The New Jerusalem" and champions the free-market above all..Is this the freedom the feminists crave?..Many claimed so at the time.. True feminists in touch with their own dialectic and polemic might well have cried "exploitation" and they were right but did they "penetrate" the subject far enough to suspect (as I do), that Working Girl was bought and paid for by forces other than simply those of the Hollywood glitterati, forces whose only interest in the subject of female emancipation was how such could be made profitable and how much mileage they could gain from parading their neo-con beliefs as emancipating? One might also cite, "The Spice Girls" but even I don't believe they were the creation of MI5 (although maybe "Ginger"), ..

On a slightly less ephemeral note lets look at the way that, "having the right to children" has also been misappropriated by many feminists and the LGBT community....Does their perspective deal with the ("brave and thrusting"), environmental concerns which have created the need for so much aggressive interventionism? Or do they simply howl over the issue citing their rights (over and above, I would argue, the rights of children to have a stable, loving and caring -"products" are disposable-, home environment)? Even the abortion debate suffers terribly for not recognising the economic factors which are so influential in the choice to have children.

I find it incredibly frustrating that "leftist", "right-on" (and all the other cliches), people don't apply themselves to these issues.....As I have said elsewhere when the concentration of the interest group is always on how oppressive and exploitative "everyone else" is the inner-child suffers..and it is a sign of massive immaturity not to realise this...I find the pouting and posturing of such so-called rights campaigners almost intolerably juvenile...Take responsibility for your own generative processes (wherever possible), and realise that the increasing need for the techno-fix intervention of so-called "medicine" is a function of the inequalities and exploitative nature of human society (and indeed a function of the market as it represents yet another profit taking opportunity for the military and industrial elite)...with a better relationship with our environment these interventions would be consigned to the mileu of serious medicine and not remain the apparent provenance of spoilt "pop-stars" (I used to love Elton John's music but I find that I cannot listen to it anymore),

Argue with me? Sure please do..but realise that myself and others don't rail against the politically correct posturing of, "anything goes" without a reason..neither are we paternalistic and homophobic misogynists....beware the "-ism"..."-isms" contain "-ists" and those are dangerous..

"bluer than the eyes of your lover" folks? Go to: https://www.youtube.com/watch?v=cv-0mmVnxPA ...Charmed I'm sure" Post to the TLN message board (subject to edit). 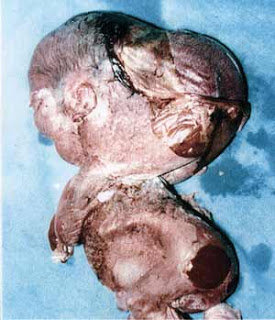 Quote; "Now there's a Cinderella issue....The lack of care and attention paid to the issue of Depleted Uranium use by the West in its recent imperialist wars of aggression and intervention (esp. in the Middle East), by the so-called radical-left exemplifies my point..or are my tastes too "catholic"? Certainly protestantism in Britain (some might well still say "Puritanism"), does not like to deal with the rights of infants or the unborn...Are they truly "property" then?...It is sickening to think just how useful the publicisation of this terrible crime could have been (and still could be), to an alternative narrative of our recent "crusade" (GWR Bush's own word), and just how lazy, negligent and incompetent has been the handling of the issue by the oh-so-enlightened social reformers who populate our so called "alternative media" and campaigning organisations. The Depleted Uranium issue has remained the territory of senior academics and physicians and it has not made its way into public consciousness...this is a serious indictment of the blinkered attitude of those who want to have-their-cake-and-eat-it in our "liberal" societies..Such ignorance also has a deleterious effect on the resolution of the conflict between radical Islam and the rest of us, for without the realisation that the perpetration of such terrible crimes might well help explain (if not excuse), the murderous rage of ISIS, Boko Haram and other such organisations (who if not directly affected are certainly influenced by the knowledge of just how far the West is prepared to go in order to secure more blood-fuel for its near hysterical market driven society), any dialogue between the otherwise seemingly diametrically opposed philosophies of Christianity and Islam is effectively made impossible..!" Post to TLN message board (subject to edit).