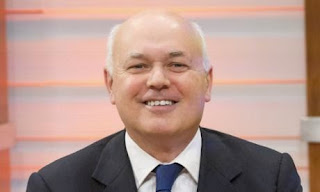 The Tory Work and Pensions Secretary told BBC Daily Politics that he had no knowledge of the number of benefit claimant deaths shown to be caused by suicide, despite evidence uncovered by Disability News Service (DNS) revealing that the DWP has secretly reviewed 49 benefit-related deaths since 2012.
Commenting on the exposure by the DNS, Jonathan Bartley, Green Party Spokesperson for Work and Pensions, said: “It is utterly shameful for Iain Duncan Smith to have misled the public and the families of those affected by these tragic deaths.
“It’s not enough that his Department appears to have sat on research revealing the immense damage his welfare policies are causing to families up and down the country.
“To deny all knowledge of the reports is heartless and blinkered – hardly the kind of approach we want the person in charge of national welfare to be taking.
“On behalf of the Green Party I’m requesting that Mr. Smith issue a formal apology for his misleading of the public and that the research discovered by the DNS be made publicly available on the website of the Department for Work and Pensions.
“Understanding the impact of government policies is essential in helping us improve and inform future government decisions so that we can ensure they are working in the best interests of the public.
“That is exactly why it needs to be shared publicly and in an open and democratic manner.”
In related news, DWP officials have been ordered to disclose details into the number of sickness benefit claimants who died between November 2011 and May 2014." Go to: http://www.welfareweekly.com/heartless-iain-duncan-smith-misled-the-public-over-benefit-deaths/

www.dailymail.co.uk/.../UN-sparks-fury-launching-human-rights-investi...
27 Aug 2014 - Now UN sparks fury after launching human rights investigation into .... In 2012, there were over 3 million DLA claimants in the UK, but the ... 1 Aug 2014 - Disability Rights UK is currently developing a parallel report in ... to the United Nations Committee's investigation of the UK Government's ... " Google search...
Posted by Gerard at 11:57