Quote; "Because the signals between the two devices are typically low frequency, some industry experts will tell you Bluetooth is perfectly safe to use. However, many researchers and doctors believe there is simply no safe level of RF radiation, especially when the source of the radiation is attached to your ear. A recent article on emfacadmey.com does a really good job of explaining the concerns with Bluetooth radiation:


“It is true that most Bluetooth devices emit less radiation that the government regulatory agencies “safe” standards of SAR, or Specific Absorption Rate. However, the amount of radiation exposure that these agencies consider safe is FAR off from what science says is actually safe for the human body. One issue is that researchers tend to focus on the fact that Bluetooth technology is non-thermal and non-ionizing radiation, and point to that as a reason for it not being harmful. However, science does show is that non-ionizing radiation is certainly harmful, and the fact that it is non-thermal has no impact on EMF and microwave radiation dangers. When you use a Bluetooth Headset, you are exposing your brain, your eyes, your ears, and many other organs to EMF radiation. Even though research shows that the Specific Absorption Rate (how fast radiation is absorbed by the body) of Bluetooth headsets is about .25 W/Kg, this is still high enough to cause significant damage from prolonged use,” Emfacademy.com" Go to: https://www.wakingtimes.com/2018/10/08/how-emf-from-bluetooth-ear-pieces-can-affect-your-eyes-ears-brain-and-body/?utm_campaign=meetedgar&utm_medium=social&utm_source=meetedgar.com 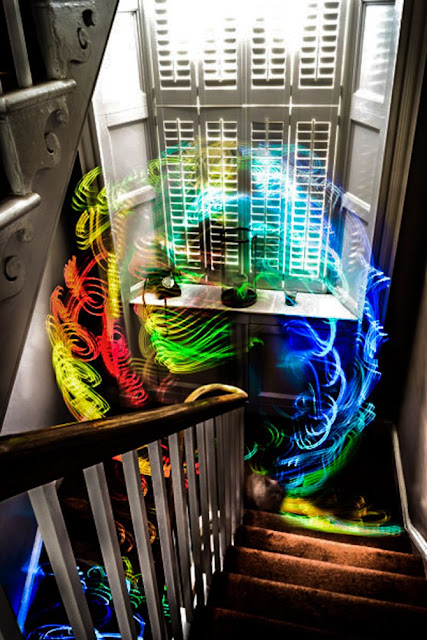 Quote; "The Trump administration and government regulators are expected to unveil a major push Friday afternoon at the White House to accelerate the rollout of the high-speed, next-generation mobile data technology known as 5G.
Under the plan, the Federal Communications Commission will release a wide swath of high-frequency airwaves for cellular use in what will be the largest trove of U.S. wireless spectrum ever to be auctioned off. As much as 3.4 gigahertz of so-called “millimeter-wave” spectrum could be sold to wireless carriers such as AT&T and Verizon in the sale, which will begin Dec. 10, according to FCC Chairman Ajit Pai."..
"The two proposals reflect the most intensive effort of the Trump era to close the so-called “digital divide” and gain an edge in the global race to build a fully functioning, nationwide 5G network. Proponents say the advances that 5G offers over 4G LTE will eventually enable mobile download speeds of up to 1,000 megabits per second — roughly 100 times faster than the current standard — and pave the way for new technologies such as self-driving cars and virtual reality*." Go to:
https://www.washingtonpost.com/technology/2019/04/12/g-is-about-get-big-boost-trump-fcc/?noredirect=on&utm_term=.b177f0a71a0e
for full article.

*Everything they do is; ""virtual" reality" #BeyondFakeNews.

5G networks: Are they dangerous to our health?

Quote; "5G, the latest generation of mobile communication, will employ higher frequencies and bandwidth, enabling users to transfer wireless data faster (with rates of up to 10Gbit per second) than older cellphone standards.
Previous 'G' networks have used frequencies between 700 MHz and 6 GHz. The 5G network will operate on frequencies between 28 and 100 GHz. To put that into perspective: 4G is 10 times faster than 3G. It is expected that 5G will be around 1,000 times faster than 4G."..
"Around 250 scientists from around the world signed a petition recently to the United Nations and World Health Organization outlining their concerns that "cellular and cordless phones [2G, 3G and 4G networks] … and broadcast antennas," amongst other radio frequency emitting devices, may produce cancer risks due to the electromagnetic field (EMF) radio waves they produce.
The appeal outlined: "Effects include increased cancer risk, cellular stress, increase in harmful free radicals, genetic damages, structural and functional changes of the reproductive systems, learning and memory deficits, neurological disorders, and negative impacts on general well-being in humans."
Living organisms at all levels, the scientists added, are affected by exposure to electromagnetic fields produced by smartphone devices and transmission towers.
"Numerous controlled scientific studies of 2G, 3G and 4G technologies have shown that stress, sperm and testicular damage, neuropsychiatric effects, including changes to electrical activity in the brain, cellular DNA damage and calcium overload can all occur in humans as a result of exposure to EMFs."..
""Especially in view of increasing volumes of data transmission, consumers own radiation exposure should be kept to a minimum when telephoning and surfing [the internet]."
Authorities have advised those with a landline to use that instead of their smartphone."..
.."Consumers, the BfS added, should keep mobile phone calls to the shortest possible duration, write text messages and not make phone calls when reception is poor. The weaker the connection to the next communication tower, the more intensively the electromagnetic field of your smartphone works near the person making the phone call." Go to: https://www.dw.com/en/5g-networks-are-they-dangerous-to-our-health/a-47981285?maca=en-Twitter-sharing
for full article.

Is our, "Instant Communication Culture" Killing us?

Quote; "A recent report found that 259 people died between 2011 and 2017 while stepping in front of the camera in often dangerous destinations."..
"Termed “killfies” by some social media researchers, these accidental deaths have involved social media personalities and, of course, adventurers. Canadian rapper Jon James McMurray perished last October after crawling out onto the wing of a Cessna while filming a music video. Last October also witnessed the much-publicized deaths of travel bloggers Meenakshi Moorthy and Vishnu Viswanath, who apparently fell while taking a selfie at Yosemite’s Taft Point, a popular rock outcrop with an 800-foot drop. A month prior, Tomar Frankfurter, an 18-year-old from Jerusalem, also fell to his death in the park while reportedly taking a selfie at Nevada Fall. Last July, three stars of High on Life, a popular YouTube thrill-seeking adventure travel show, plummeted to their deaths at a waterfall near Squamish, British Columbia. And in late March, a man from Macau fell 1,000 feet to his death while attempting to take a selfie on the rim at Grand Canyon West.
Then there are the hundreds of other people you’ve probably never heard about who died trying to get the perfect cliffhanger photo. The student who fell 700 feet at Ireland’s iconic Cliffs of Moher in January. The 68-year-old woman who was fatally scalded in a Chilean geyser. The man in his fifties who was struck by lightning while hiking with a selfie pole in the Welsh mountains. The teenage girl swept away by an unexpected wave on a beach in the Philippines."..
.."It’s easy to write off these tragedies as catastrophically bad judgment. Armchair internet commentators have had a field day with each reported death. For every lament of young lives lost in the wake of Moorthy and Viswanath’s deaths, you’ll find an equal number of comments about how the two were “surprisingly stupid,” “coddled,” “careless,” or “self-obsessed.” When the Stanislaus County Sheriff’s Department released its medical report in January, it stated the couple was “intoxicated with alcohol prior to death.” Scorn on the internet erupted further: “Narcissism!” “Stupidity!” It didn’t seem to matter that the medical examiner also made clear that it was impossible to determine the amount of alcohol in their systems."
.."Sarah Diefenbach is a professor of consumer psychology at the Ludwig-Maximilians University of Munich and lead author of the 2017 research article The Selfie Paradox. She says that, extreme or otherwise, we take selfies for all kinds of reasons: to communicate with people we love, to build self-esteem, to curate our self image, to chronicle our personal histories, and—increasingly—to build our personal brands."..
.."The problem, experts say, is what happens inside our brain while we’re snapping the photos. Psychologists call it selective attention or inattentional blindness. The basic concept is this: our brain can’t possibly process all the stimuli it receives at one time, so it makes choices about what to privilege and what to ignore*. Maybe you’ve seen the video often used to illustrate the concept: viewers are asked to count the number of times a small group of people pass a basketball back and forth. At the end of the video, the narrator asks viewers if they noticed the guy in the gorilla suit sauntering through the frame. Many people don’t. Why? Because they were concentrating on something else—in this case, counting passes."
.."I contacted Twitter and YouTube to ask if they have any plans to review or strengthen guidelines concerning the posting of dangerous selfies. Neither company responded. The representative for Instagram and Facebook told me that they are constantly refining their guidelines and means for detecting problematic images, but they don’t have any concrete plans to begin policing selfies more robustly." Go to: https://www.outsideonline.com/2393419/selfie-deaths?utm_source=pocket&utm_medium=email&utm_campaign=pockethits
for full article.

Also see; "The Trouble with Space Junk" go to: https://www.bbc.co.uk/programmes/b0656dbj (highly recommended), and..


You can help support both my work and this blog by making a payment (however small, all gratefully received I can assure you). to: https://www.paypal.me/GerardHales?locale.x=en_GB
If you're as skint as I am but you like my work please simply share this content!"
Posted by Gerard at 10:21